Today’s Turismoween post is a cautionary tale for all would-be crime fighters.  From time to time people decide to become real life vigilantes, and one of our favorites is the “Petoskey Batman.”  The Petoskey Batman recently landed in some trouble with Commissioner Gordon  Sgt. Jeff Gorno of the Petoskey State Police when he interfered with a crime scene by searching for a suspect on foot – and we think the PB should have his own car.  And what would be better for a Batman than this 2007 Dodge Charger BatMobile currently for sale in Madison, WI for $7500? 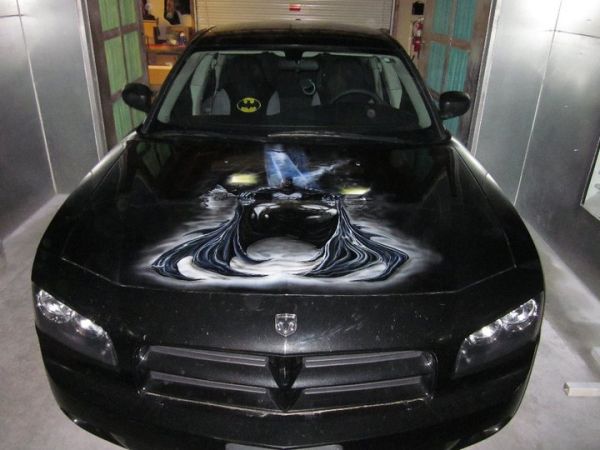 The Dodge Charger is a name first associated with Dukes of Hazzard’s General Lee, later Caroll Shelby and now…well.. Batman?  This Charger is the latest LX Platform based full sized sedan from Chrysler and features a 3.5 liter V6 putting out 250 horsepower mated to the rear wheels via an automatic transmission.  Automatics aren’t our favorite for ‘sporty’ driving, but for vigilante missions it’s probably best to stick to an auto because it’s easier to shoot grappling hooks out of the window if you aren’t trying to shift gears and it would be really embarrassing to get your cape stuck under the clutch pedal.  We think the Petosky Batman would agree.

Speaking of which…the Petoskey Batman got in trouble with the law back in 2011 and this photo was taken by the police after his booking and promptly spread around the internet.  PB’s most recent arrest was the subject of a smoking gun article that you can read here, but it was more of the same interfering with police investigations and generally looking like a nut. 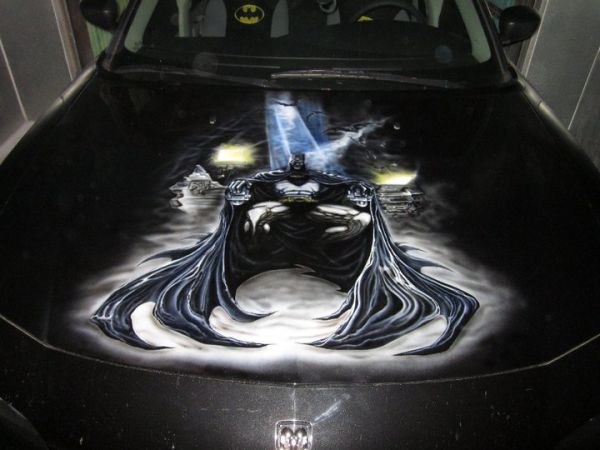 It’s hard to ascertain the condition of the Charger Batmobile from the 3 pictures of the car’s hood, but the paint looks a bit chipped and the owner has some awesome Batman themed seat covers so we assume that the car will have some cosmetic issues inside and out.  It is however, a new enough car that it should run every time you turn the key and be decently reliable form of transport of wannabe superheros.  The biggest issue we see is the hood mural of the most terrifying Batman/Grimreaper combo that we’ve ever seen – so we suggest you meet the seller in a well lit neutral public location.

See another Daily Turismoween entry – email us here:  tips@dailyturismo.com and maybe you could win a free t-shirt!