DT mostly focuses on older rear wheel drive Volvos (and sometimes SAABs) on Thorsday but today we decided to branch out and entertain a more modern twist on Swedish performance. The V70R was Volvo’s wagon companion to the S60R, which was a midsize performance car aimed loosely at the German rocketship sports sedans like the BMW M5, Audi RS6 and Mercedes-Benz E55 AMG. Power is down quite a bit compared to that Teutonic trio, but this Swede can still make jam out of your lingonberries – with room for the kids, dogs and skis too. This 2004 Volvo V70R is offered on ebay for $8000 opening bid, with no reserve, in Holderness, New Hampshire. 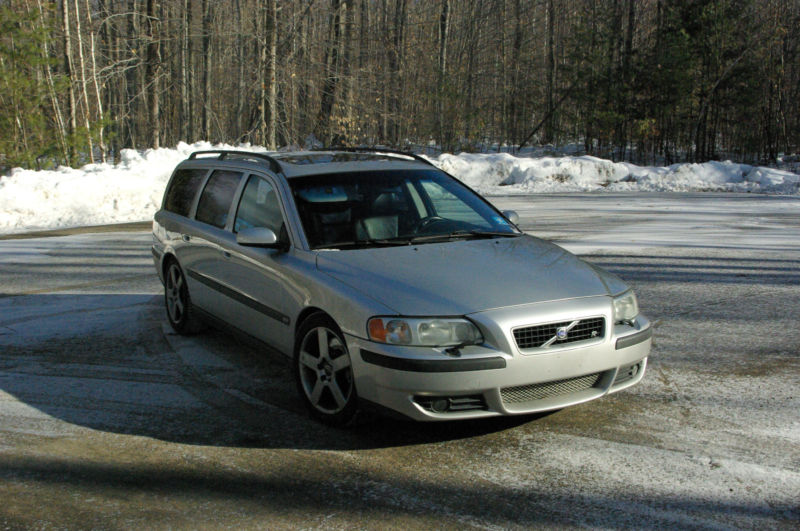 The V70R was based on the standard plebeian V70, which itself was the wagon variant of the S60 – only Volvo’s 2nd generation all-new of FWD vehicles dubbed the P2 platform. This was the successor of the original 850 which was itself the effective replacement for the venerable 240 series. A smattering of different inline 5-cylinder engines were offered in the P2 cars, mounted transversely (left to right) in the engine bay. 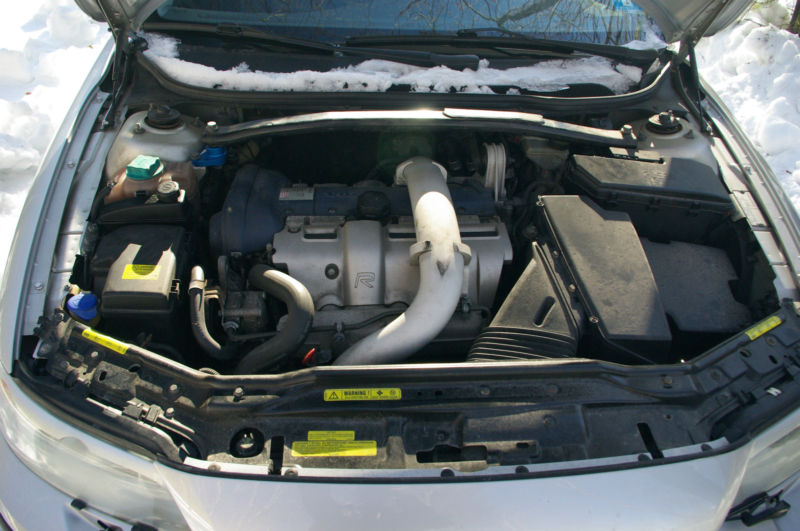 The engine in our featured car was the top of the range – the alphabet soup inspired B254T2-R, a 2.5L turbocharged mill putting out 300 metric horsepower (metric ponies are a bit smaller than American Clydesdales, so the conversion is 296 hp). Decoding the engine model number, B = bensin (gasoline), 25 = 2.5L displacement, 4 = four valves per cylinder, T = turbocharged, 2 = 2nd generation of this variation, and of course, R = racing! This engine family is nicknamed the “whiteblock” and is an all-aluminum die cast modular design that was introduced back on the RWD 960, and partially developed by Porsche. In this car the whiteblock is mated to a Getrag M66AWD 6-speed manual transaxle, with half-shafts to each front wheel and a rear output to send the power back to the correct wheels, when needed. 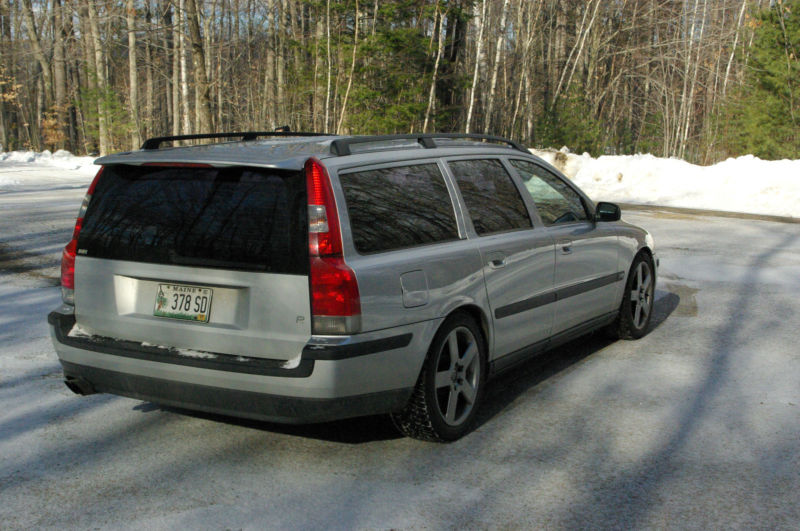 The rear driveshaft powers a 2nd-generation Haldex AWD power unit, containing a hydraulically operated clutch pack and a rear differential. Whenever the front wheels start to spin at a different speed than the rears (like when a smoky burnout attempt starts some wheel slippage) the hydraulic system engages automatically and up to 50% of the power is sent to the rear wheels. Normally this wagon putts around with a 90% front / 10% rear torque split, so it’s really a FWD car with a crutch it can lean on when the fun starts. As an aside, Haldex AB was a Stockholm-based Swedish owned company until very recently when it was bought by megalomaniacal automotive megasupplier BorgWarner. With the combination of the not-quite 300 hp turbo five and sometimes-all wheel drive, the car can scoot from 0-60 in 5.6 seconds, almost enough to earn it a DT “Fast” badge but not quite. 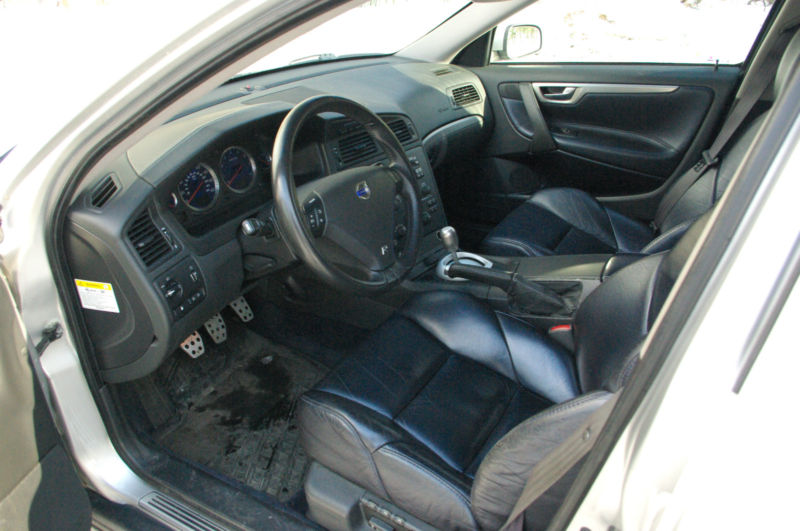 In addition to the Swedish AWD system, this wagon sports bigga Italiano Brembo brakes and Swedish dampers too – the “Four-C” system’s selectable electronic adjustable shock absorbers were supplied by suspension giant Öhlins. There are three damping firmness modes: Comfort, Sport, and Advanced, but to us it sounds like an advanced way to spend a ton of money whenever the system fails.

At 149,000 miles and $8k minimum, our featured car is priced a bit above the blue book value but does come with an extra set of “Pegasus” alloy wheels with snow tires mounted. The Nordkap blue metallic leather is interesting and the seats look more comfortable than an Ikea POÄNG. There are several exhaust and suspension modifications listed by the seller, which typically tend to lower the value of an 8-year-old performance car, not raise it. Still, if this icy express has been exceptionally well maintained it might just be a fun daily turismo / weekend ski transporter / occasional trackday ride for its next owner.