Based on the GM A-body, the first generation Olds F-85 Cutlass was a compact unibody sedan available as 2-door, 4-door and convertible.  Starting in 1964 the Cutlass used a body-on-frame intermediate platform – but the earlier 1961-63 unibody cars were cooler and available with a turbocharged “Jetfire” V8.  This 1963 Oldsmobile F-85 Cutlass has had its V8 replaced with a modern 6.0 liter LS V8 and is for sale in Oconomowoc, WI, currently bidding at $8,500 no-reserve with a buy-it-now of $9,500. 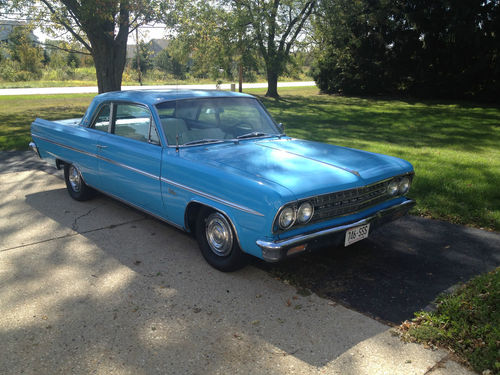 The seller of this Olds is clear that this isn’t a show car and that is a driver…well, actually a sleeper.  It looks the part of an unrestored Cutlass from the outside and no one will expect that this car can embarrass many modern sports cars. 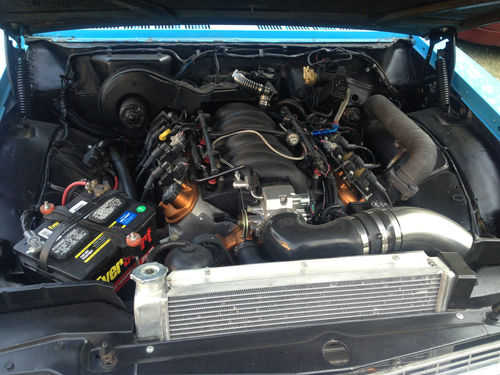 The secret to this F-85’s transformation from P-51 to F-18 is the removal of its stock 3.5 liter Olds Rocket V8 and installation of a 6.0 liter LQ9 (an iron block version of GM’s LS engine) from a 2003 Silverado.  It would have made 345 horsepower in stock trim, but now has aftermarket camshaft, intake, throttle body, exhaust, tuning and probably makes 450-500 horsepower depending on the capability of the person who tuned the ECU.  The iron block LS engines are enticing for swaps because they make the same power (for the same displacement) and only add about 75 lbs of vehicle mass over the aluminum versions and cost 1/4 to 1/3 as much when purchased used. 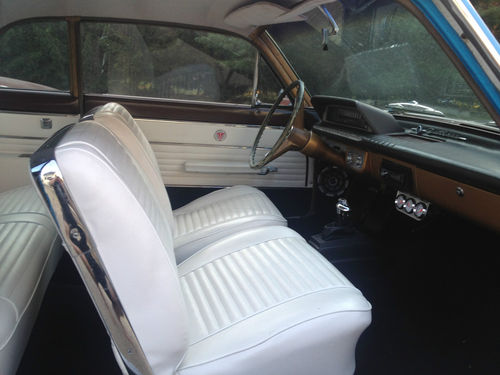 Inside this F-85 isn’t perfect, but the everything seems to be there and getting new parts shouldn’t be impossible since it is a GM car from the ’60s.  The seller notes that there are some issues with rusty floor pans that have been replaced poorly and mentions that he is offering a free parts car to take care of this issue.  While we appreciate the parts car offer – its probably not worth the shipping costs if you aren’t local to Oconomowoc, or, like us, can’t even pronounce Oconomowoc. 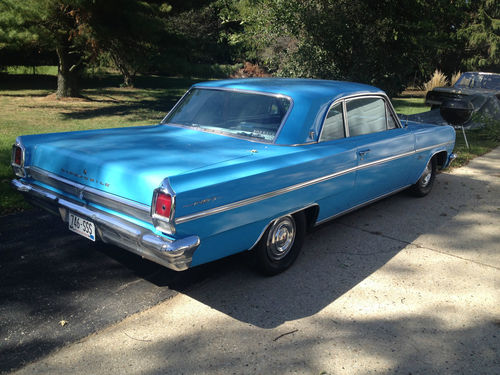 At $9500 this car isn’t a bad deal considering the seller probably has
1/2 of that much into the drive-train if he did all the work.  We even like the baby blue paint scheme and stock wheels/tires – they complete the sleeper look and we wouldn’t want to paint this flat black and tub the rear end.  Keep it simple and keep them on the road is our motto.