The Taurus SHO (Super High Output) was a limited edition sports sedan built by Ford’s Special Vehicle Team, yup the same guys who developed the SVO Mustang, Mustang Cobra, etc.  A first generation SHO may feel slow in comparison to today’s big DOHC V6s mounted in every economy sedan (or the twin turbo 3.5 V6 SHO), but back in 1989 when it was new, there weren’t many 4-door cars capable of 6.6 second to 60mph and a 143 mph top speed. Find this 1989 Ford Taurus SHO offered for $2,500 in Colorado Springs, CO via craigslist.  Tip from Rock On! 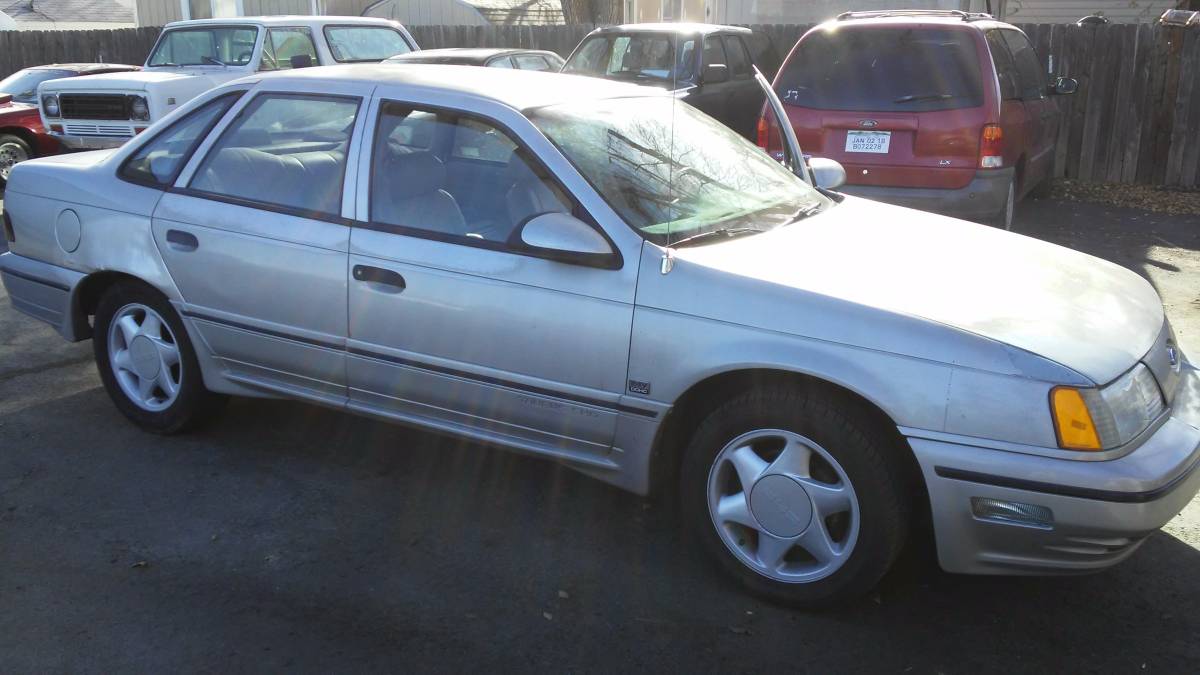 I have a very nice example of a survivor SHO here. It’s a 1989 (first year) and a 5 speed manual tranny. There was no automatic transmission offered in 1989. Has the 3.0 DOHC YAMAHA engine. All original, except I have the 91 SHO wheel upgrade from factory sable 15’s to the SHO slicer 16’s. Just put brand new continental extreme contact dws tires on the front. DWS is Dry Wet Snow which are super nice tires. Also just did an alignment. It drives super smooth and straight. Steering wheel is straight. Runs good, shifts good, and the clutch is good. Has good heat. Only has 130,000 miles. Theres nothing wrong with this car. Literally everything works perfect. The factory fog lights still work too. Also has brand new crystal clear headlights in it. Power everything. Power seats work great with nice power side bolsters. Interior is mint except a small tear in the drivers seat on the edge of the leather, and there’s a spot where someone did some bodywork on the right rear quarter above the wheel well and didn’t finish it, so I sprayed it with some color matched paint and cleared it so it looked better than exposed bondo, lol. You can see it in the pic. It’s not bad looking now. Other than that the car is original, not crashed or dented. All the panels are original, factory paint and straight as an arrow. I don’t really want to sell it but I bought a new car and I have too many now. This SHO drives better than all my other ones I’ve had by far. I have all the interior lights, licence plate lights, and side markers upgraded to 6000K LED’s already. Looks super nice compared to old yellow lights. Just changed the oil. This car is ready to go. Asking 2,500. May take less if your serious about wanting a nice SHO. I have the title if you have the cash. No scammers. Call or text anytime. I don’t email. show contact info 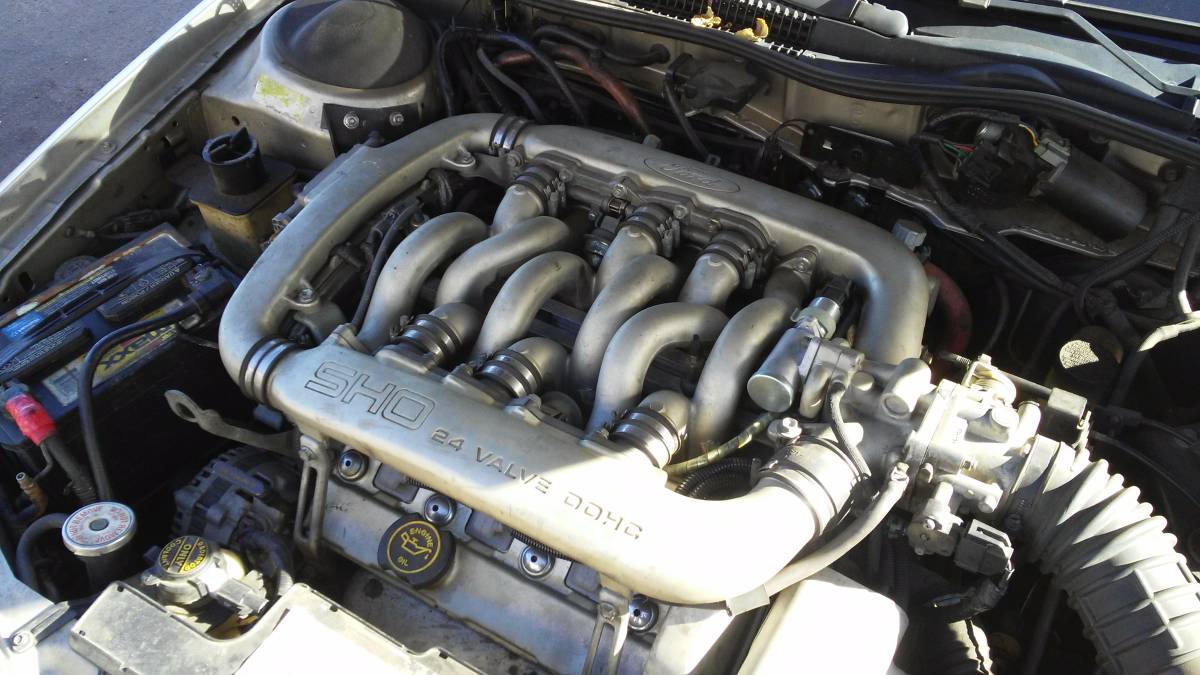 Only One Around: 1954 Moskvitch 400 American Dream: 1970 Lincoln Continental Mark III