Sometimes a car is so plain that it’s worth writing about. If you were looking at a stock 2009 Corolla then this would not be one of those times. This particular appliance has a few secrets under the hood however, in the form of a retrofitted turbo kit and a beefed-up slushbox to handle the immense torque cranked out by 1.8 liters of boosted fury. Find this 2009 Toyota Corolla with turbo kit for sale near St. Louis, MO for $9,000 via craigslist. Tip from JG 750. 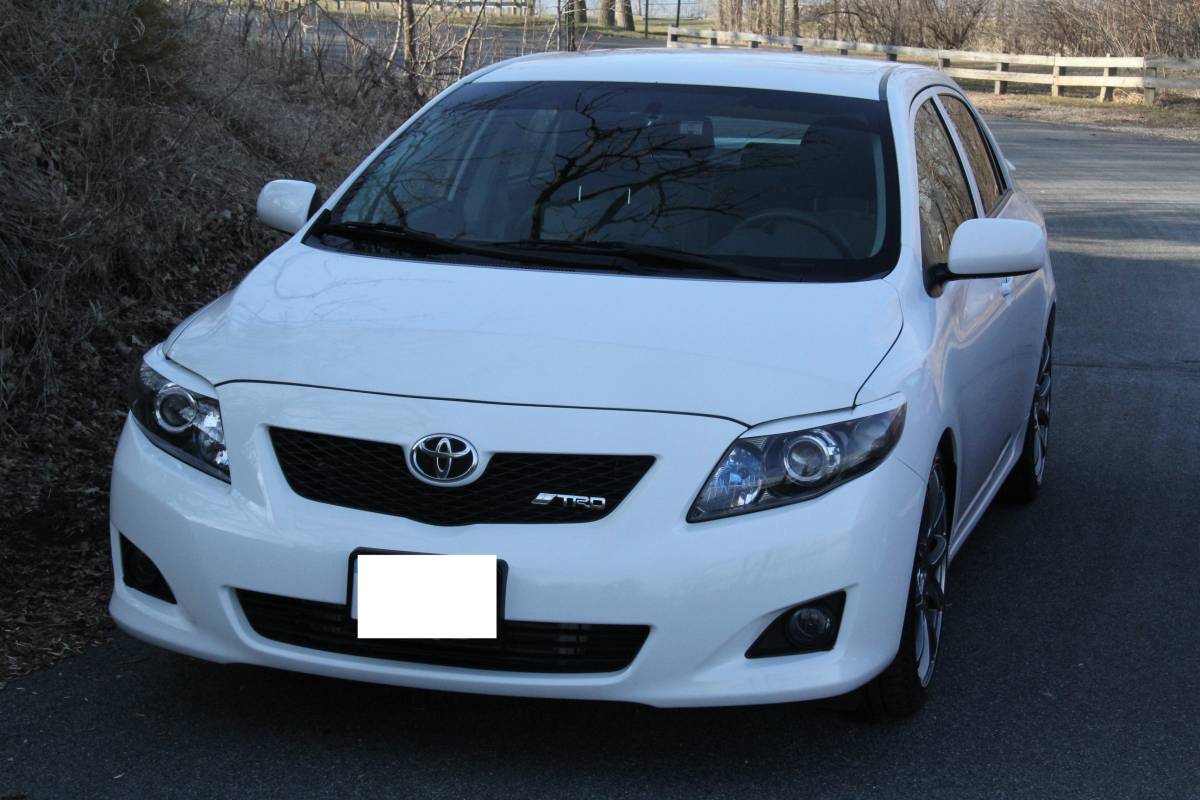 This is a 10th-generation E140 Corolla, which was built by the millions between 2006 and 2013. They are pretty unremarkable cars, albeit reliable – but most enthusiasts wouldn’t give one a second look. Maybe that’s warranted; they were very numb in the driver feedback department. 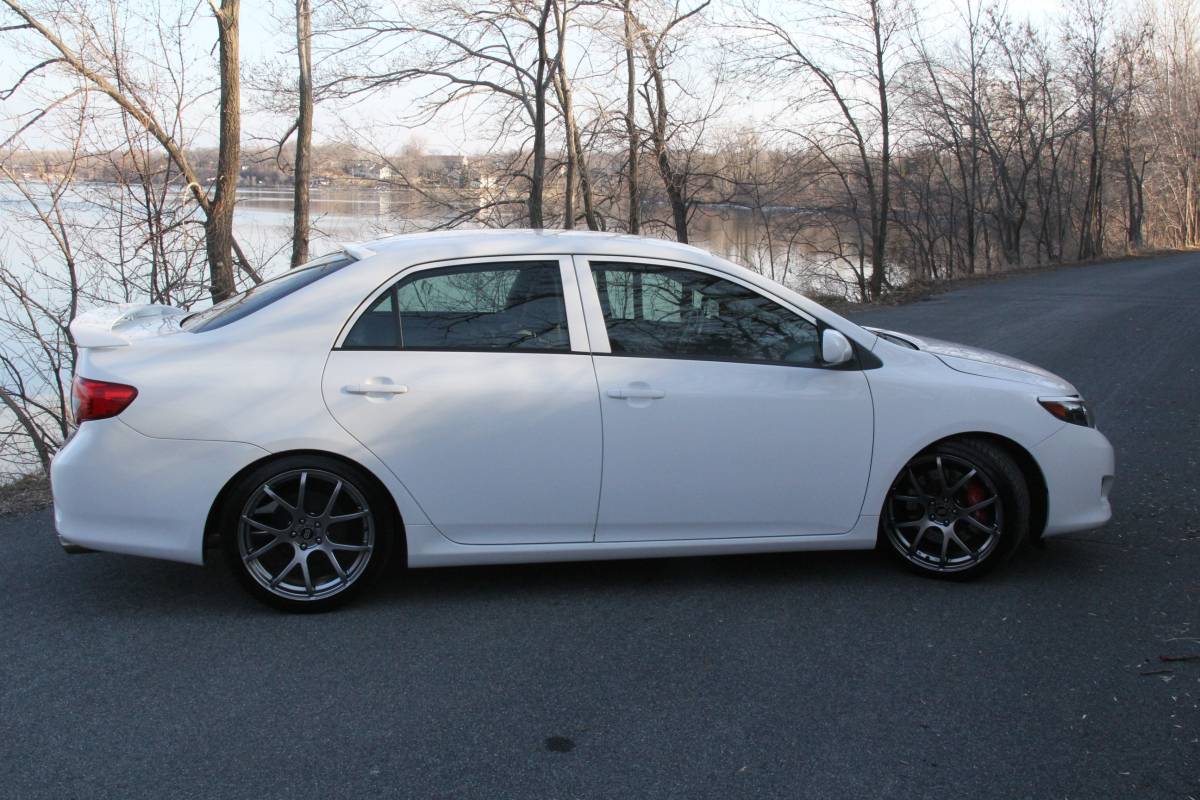 With a healthy multiplication of horsepower however, all of the blandness might melt away. OK, some of it…not all. The seller claims 208 hp to the wheels, up from the stock 98. The only real bummer (besides this being a 2009 Corolla) is the slushbox 4-speed automatic. 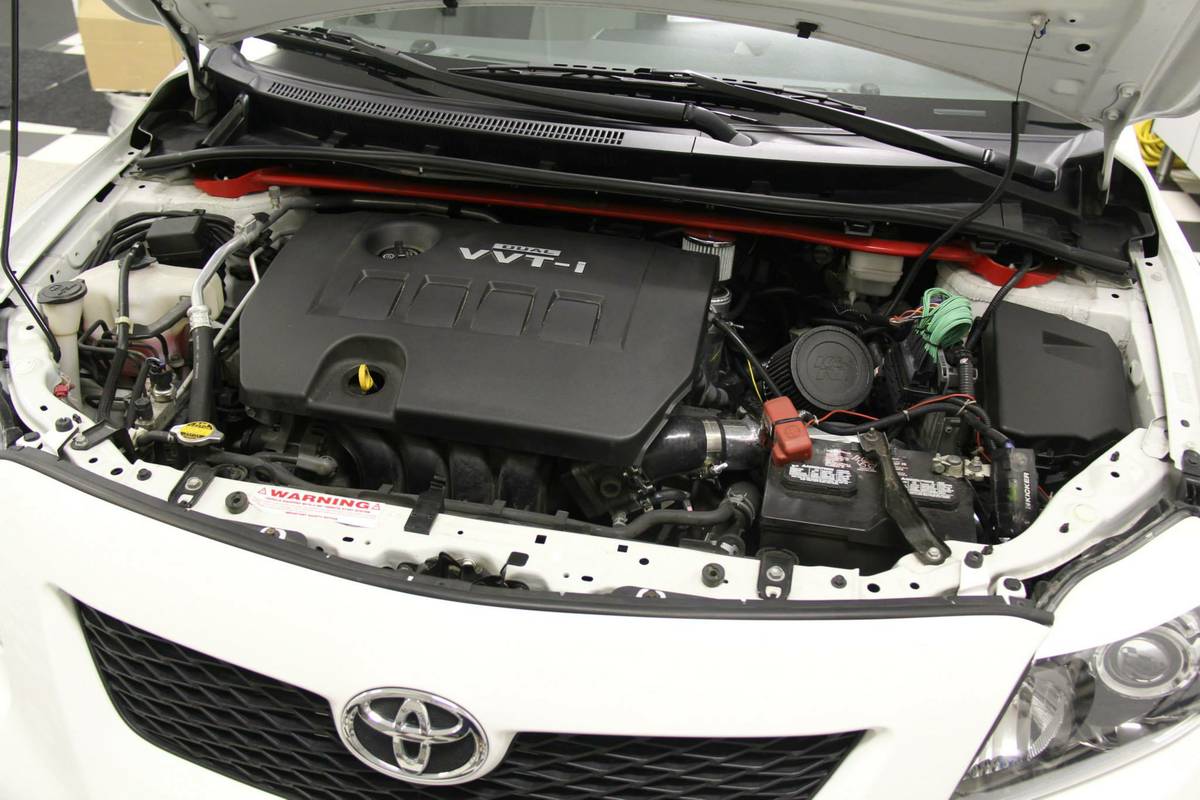 Per the turbokits.com page for this kit, boostage is handled by a “Custom Spec’d T28 Turbocharger” which is about as descriptive as saying this Toyota has a “4 cylinder engine.” The turbo is likely a Chinese knock-off, but the benefit is low price. The kit includes an AEM piggyback fuel & ignition controller, to retard timing under boost and add fuel as appropriate. They say it includes a base map, injectors, and wiring harness, which is enough to get you driving around after a DIY installation, and over to your nearest dyno tuning shop for the finer calibration needed to keep pistons from melting into four solid slugs of aluminum. 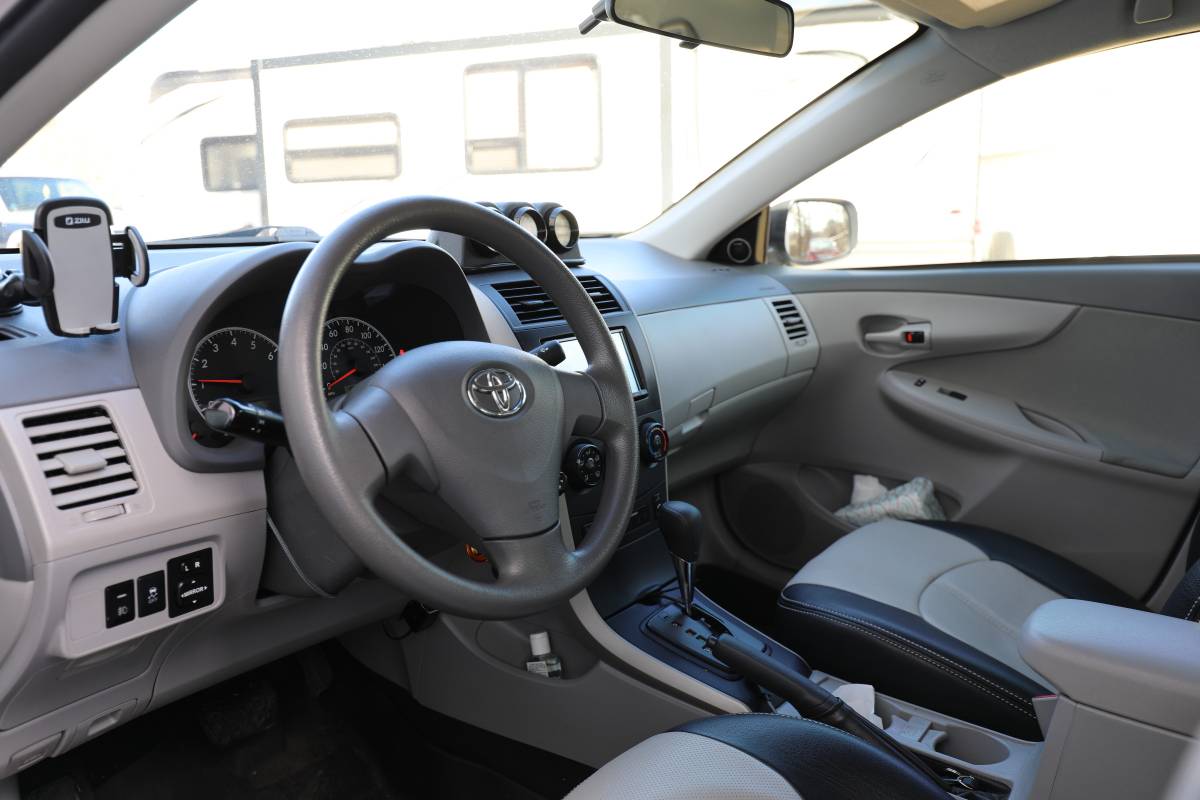 
Turbocharged Toyota Corolla! This car is an extremely fun and reliable daily driver. It started out as a simple Corolla LE but with the mods driving comes to life!

I take meticulous care of the vehicle including Mobil One Full Synthetic Oil Changes every 5000 miles. The car has always been garaged.

No rust and no mechanical issues!

I have the CarFax available if you email me. Speaking from experience I can say that a modern FWD sport compact with a turbo kit can be a real hoot, in a “why is this dumb rental car so damn fast it shouldn’t be this FAST!” kind of way. I’d strongly suggest suspension bushings & driveline upgrades though, or those front wheels are going to be bouncing all over the place in the wheelwells.

See a manual Matrix with this same turbo kit? That would be better. email us here: tips@dailyturismo.com

CFlo is Daily Turismo’s resident turbocharger engineer, but don’t take his word for it.