The title of Oddest & Smallest 90s SUV goes, without question, to the Suzuki X-90. Mechanically the twin of the Sidekick, aka Escudo in JDM-lingo, the little 2-door T-top sport cute X-90 weighed only 2400 pounds and was actually shorter in length than the original NA Mazda Miata. Makes sense then that Austrian beverage media company Red Bull would convert them into drink dispensing, marketing funded, tax writeoff machines. Find this 1997 Suzuki X-90 with built-in cooler for sale in Carson, CA for $1,950 $1,850 via craigslist. Tip from Sean S. who writes “the most macho tailgating truck ever – built in beer cooler.” 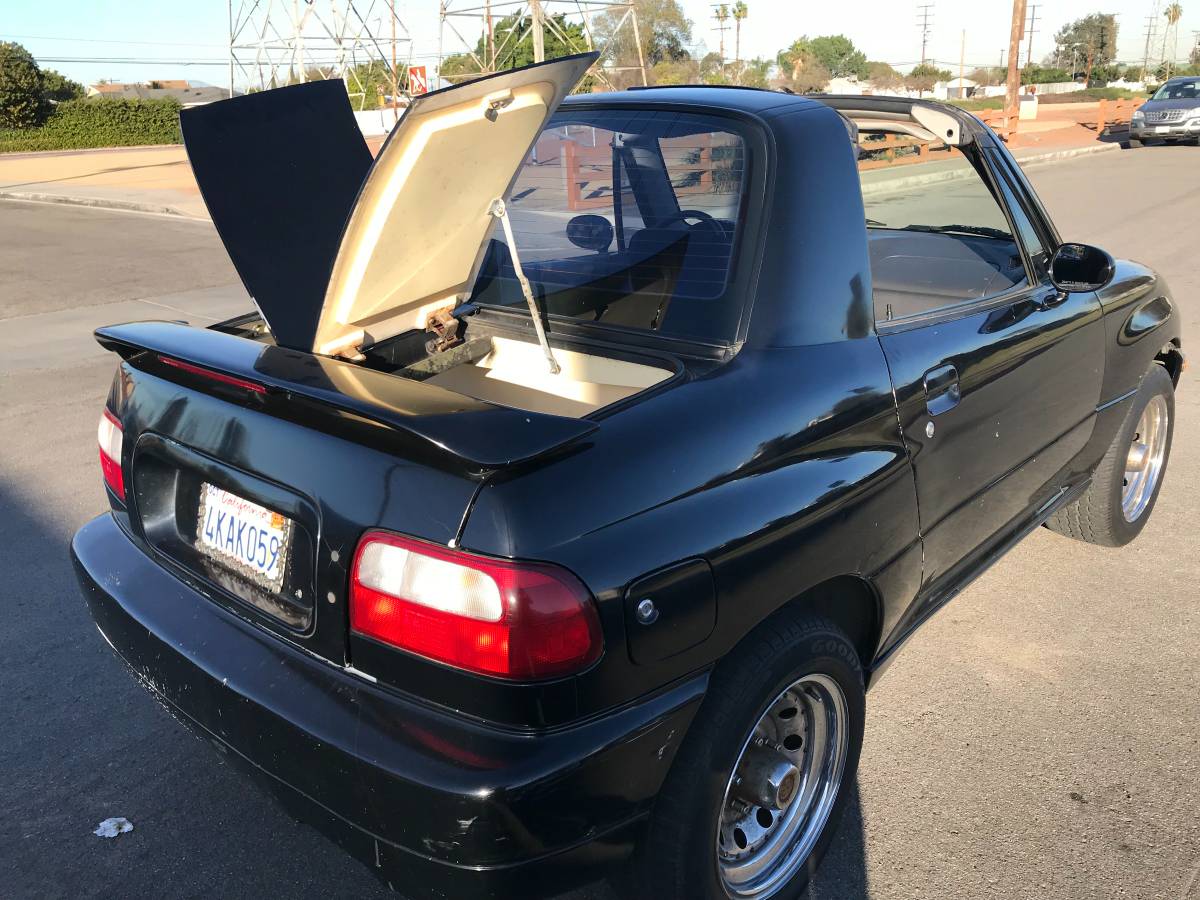 The Red Bull conversion placed a giant energy drink can at a jaunty angle on the rear of the vehicle, resting on the rear trunk edge and the roof. Perhaps this was Adrian Newey’s first aero development mule before the debut of the RB1 Formula 1 car in 2005? Paint scheme on the Zook was silver and blue in the corporate colors, and the trunk was replaced with a twin-lidded cooler to allow the underpaid attractive young women to chuck cans at will towards unsuspecting adolescent males. 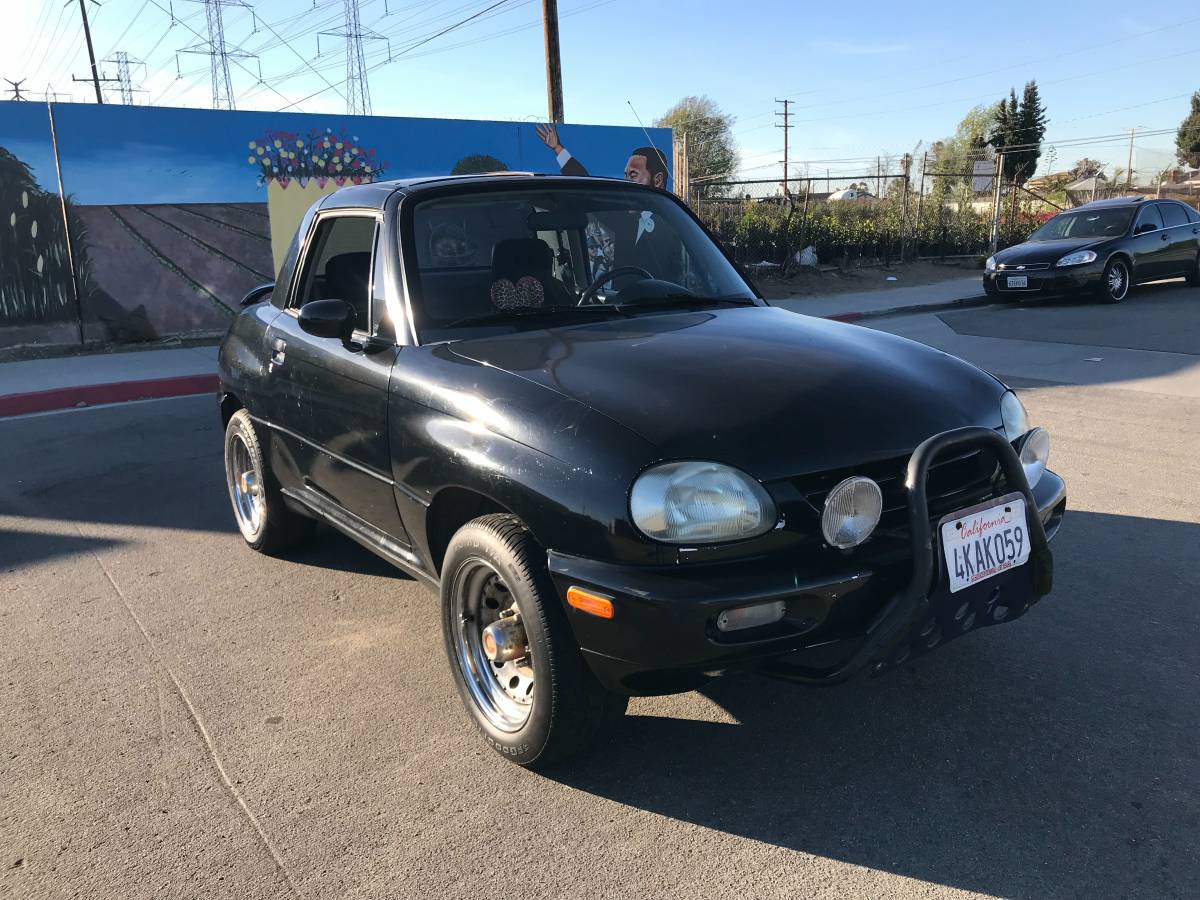 Sadly (or gladly, as the case may be) the marketing schwag has been ripped off of this X-90, leaving only the built-in cooler as a reminder of its former life as a free sample dispenser. Use it for six packs of b… soda, or indeed, anything you want to keep cold. But there won’t be any room for cargo except your lone passengers’ lap. 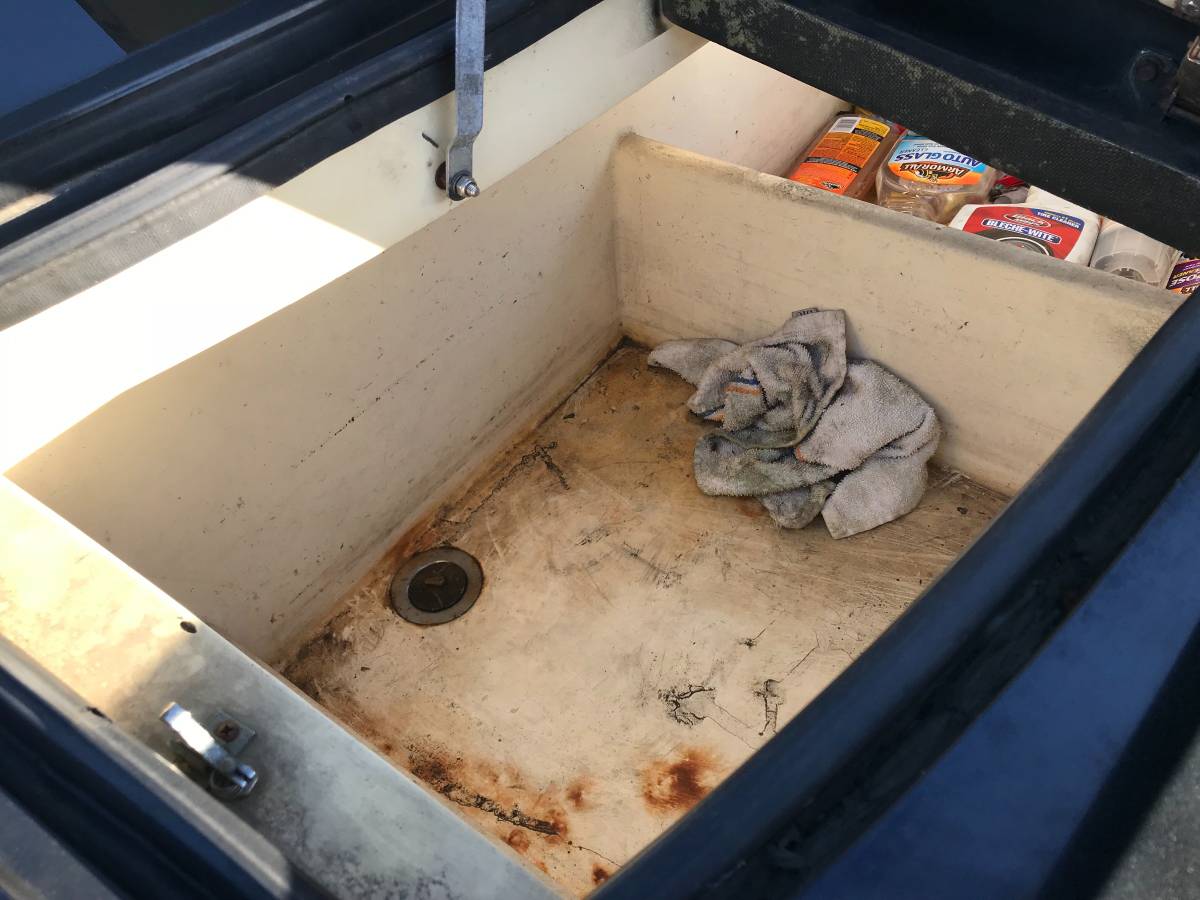 This is a relatively rare little weirdo, with only a few thousand sold over 3 model years. The seller wants less than $2k and it does have a 5-speed manual, so the entertainment per dollar metric may be pretty high despite…well, everything else about this thing.

Hello Facebook I am selling my
1997 Suzuki X-90
It’s not your average X-90
This was a Custom Made by Red Bull
The SUV has T-Tops
A 5 speed manual transmission
2WD
Aux cord om the radio
around 22-25mpg
It has a cooler in the back great for food or drinks.
Ultimate fishing vehicle or riding to the beach/lake
Super light so towable by an RV
Current registration and Tittle is on hand

CFlo is Daily Turismo’s Technical Editor and co-founder. He has run out of grammatical errors to correct, so he’s authoring posts while Big Cheese Vince is abroad.