It is a shame, but Subaru never produced a wagon version of their hopped up Impreza WRX STI (no, the hatchback jelly bean version doesn’t have trunk big enough to
fit more than a single polluting VW diesel engine block) but you can get pretty darn close on the
used market with a Legacy 2.5 GT.  The Legacy provides a more refined ride free from the filling loosening harshness and freeway pogosticking of the STI, but it has an engine that is surprisingly close in performance.  Find this  2005 Subaru Legacy GT offered for $11,250 in SF Bay Area, CA via craigslist. 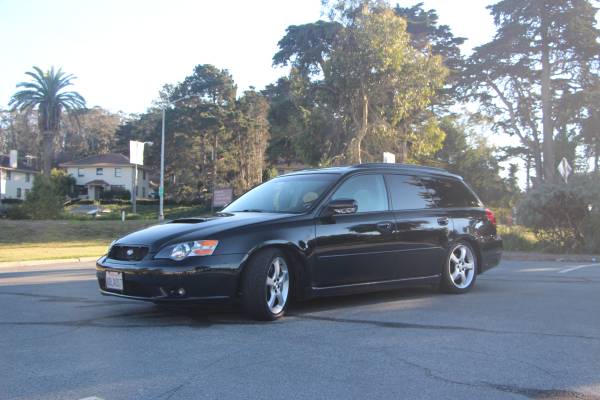 The Subaru Legacy 2.5GT is often considered the adult’s version of the WRX STI, with which it shares a 2.5 liter flat-4 short block (with
the exception of the STI’s high compression domed pistons). A smaller
turbocharger brings plenty of low end boost, 5-spd manual and AWD add to
the package, and subtle styling cues round out a great family wagon
that is also fun on back roads. 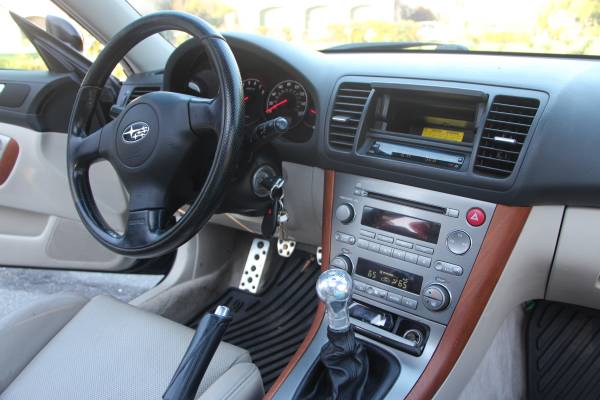 Today the 2.5GT is a good competitor to a used Audi S4/S6 and while it
doesn’t have a premium brand badge, it makes up for that with
reliability and speed.  This one has a few OEM+ upgrades, including a set of lowering springs, short shift kit, sway-bars front/rear, big brake kit, ECU flash — it probably goes, turns, and stops well. 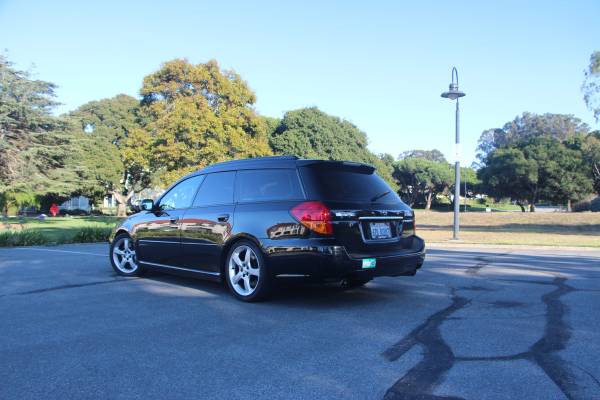