We’ve featured a few e23 BMW’s in the past, but most are either Euro imports with the 5spd or 745i turbo versions with the automatic gearbox.  Imagine our surprise when DT regular Andy L sends us the following note: “Howdy.  In response to your E30 sleeper, here is Nebraska’s challenger…Maybe a little more rough, but cheaper.”  Find this 1986 BMW e23 735i turbo 5spd for sale in Lincoln, NE for the pauper price of $4200 via craigslist. 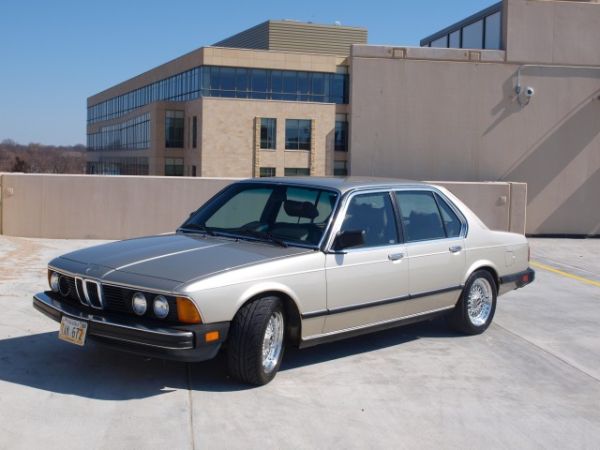 The e23 BMW 7-series was sold new in the US with a turbocharged engine or a 5-spd manual gearbox, but never together.  The builder of this car decided to fix that, by adding an aftermarket turbo system to a 5-spd 735i..and we love it!  It’s also been lowered and rides on some aftermarket wheels that look appropriately sized. 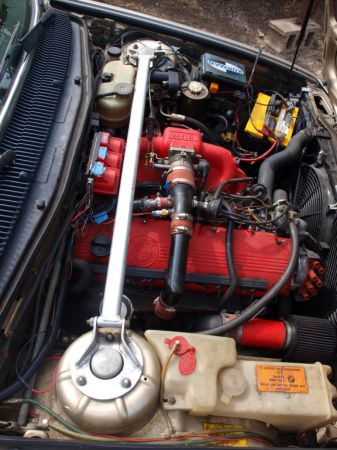 The build details aren’t explained well in the ad, but it looks like a homebrew turbo kit, complete with a MegaSquirt DIY fuel injection system.  MegaSquirt is an open-source fuel injection tuning setup that uses an off the shelf motorola processor and puts all manner of engine calibration options at the tip of your calibrated fingers.  Computer geeks, hackers and calibration engineers get positively excited when you mention MegaSquirt, but the end results can vary from buttery smooth to buckin bronco.  This setup is tuned for a claimed 350 horsepower, surprising given the apparent lack of an intercooler, but achievable with the 3.5 liter M30 inline-6 stock bottom end. 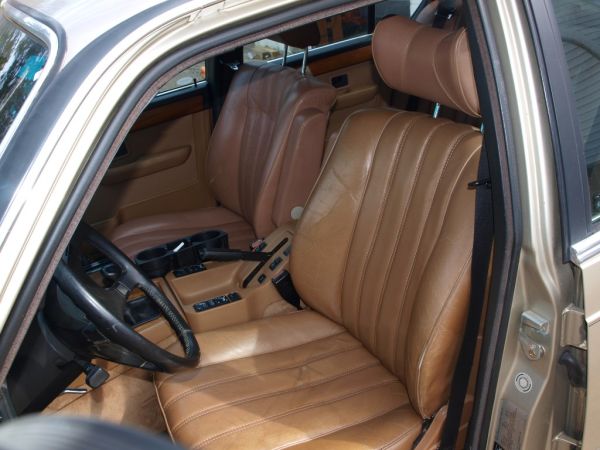 The one photo of the interior shows some wear on the leather seats, but the actual condition could be anywhere from decent to decent crack den.  Unfortunately the ad doesn’t say much about the interior and uses one of our least favorite, but common craiglist expressions “Too many modifications to list.”   Not only is this untrue, it also does the seller a disservice by making potential buyers assume that if he can’t take 5 minutes to write a CL ad, he probably isn’t particularly thorough with things like maintenance… 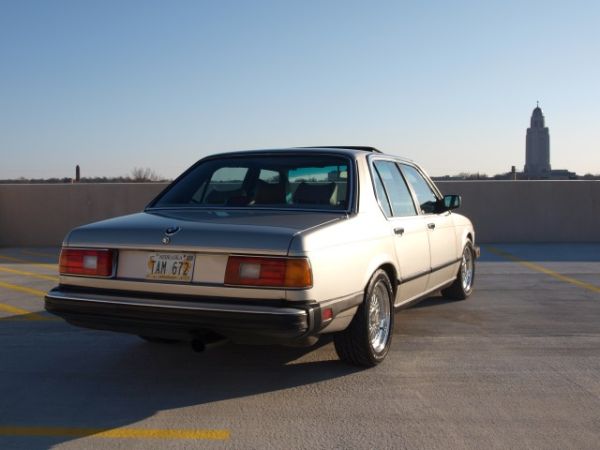 From Andy :“I didn’t think it was a local ad until the 6th pic with the capitol in the background.”  Honestly we wouldn’t have known that was the capital building from Lincoln since the only city this author has spent any time in Nebraska was Paxton, home of Ole’s Big Game Bar.  Go there for the incredible display of stuffed dead animals, stay for the chicken fried steak. Be sure to stop by Ole’s on your way home after picking up this turbo brute.

See a better sleeper for less?  email us here: tips@dailyturismo.com