Carroll Shelby wasn’t the only builder to understand that shoehorning a large American V8 into a small European sports car is a surefire way to create affordable performance.  DeTomaso, Iso Rivolta and apparently some barn owner in Hemet, CA also understand this equation.  This 1971 Ford Rat Rod is built from parts of a 1966 Ford Mustang and 1971 MG Midget and for is sale on craigslist, at an asking price of $2500. 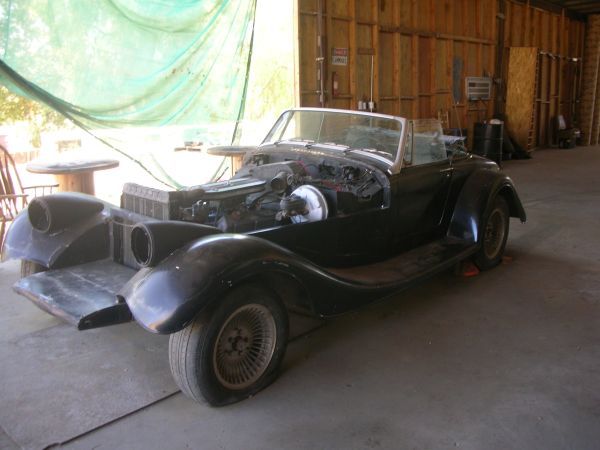 This car is a real conundrum – it looks to have the MG Midget body surrounded with custom built pre-war style fenders, but the parts could also come from a kit. Perhaps this was a so-called “neo classic” kit car like the Clenet.  What we can tell is that it is using the MG Midget windshield, doors and probably interior parts. 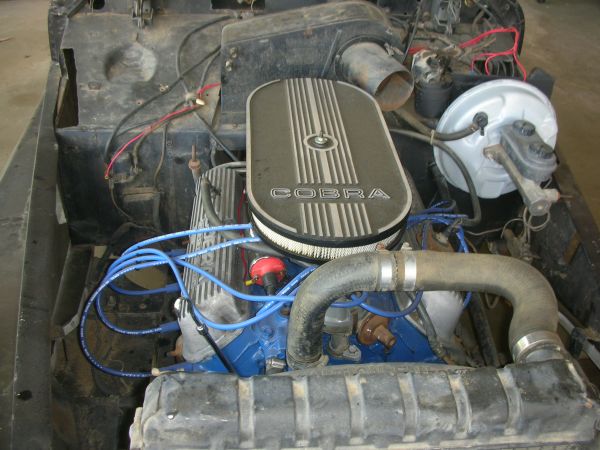 This Rat is powered by a 289 (4.7 liter) V8 from a 1966 Ford Mustang donor car – it would have put out approximately 200 horsepower when new…this one looks old and decrepit, so assume 180 horsepower at best. It’s hard to tell how much this beast will weigh with all the customization, but it is using a Mustang II rack-and-pinion so at least handling should be better than a 1966 Mustang. 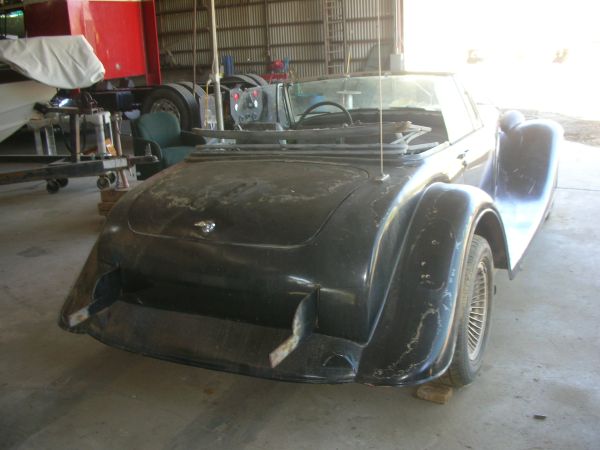 Okay- this car needs a bit of work, well a lot, since it needs paint, mechanical sorting and probably new…well…everything.  Whatever the final result from this project, one thing is certain – you will be the only one at the next Fabulous Fords Forever show at Knotts Berry Farm.  The same can’t be said if you built a Cobra Replicar.