The 2nd generation Buick Grand National was the last vehicle from Buick to not be a total snooze fest.  It was rear wheel drive, available with turbocharged V6 engines and styled aggressively.  We normally don’t promote show cars on DT, but this time we will make an exception because it looks mean.  Find this 1987 Buick Grand National modified custom currently bidding on ebay for $16,302 with 1 day to go in Los Angeles, CA. 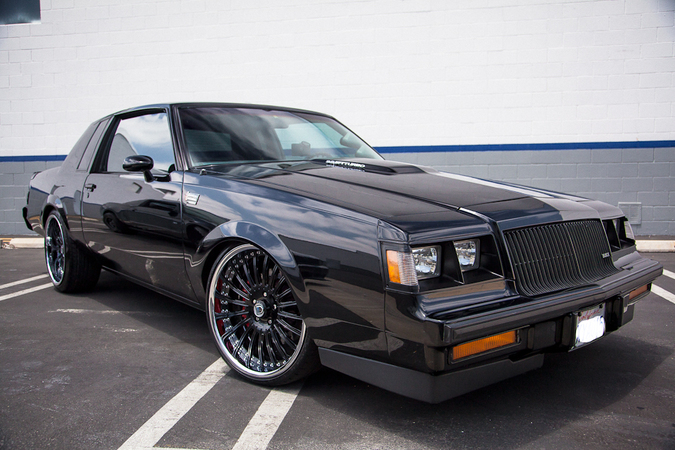 The 20 inch wheels are a bit over the top, but the rest of the paint, bumpers, grille, etc. look great.  The seller claims to have invested $60k into the car and this is one of those cases of “no money better spent than the previous owner’s.” 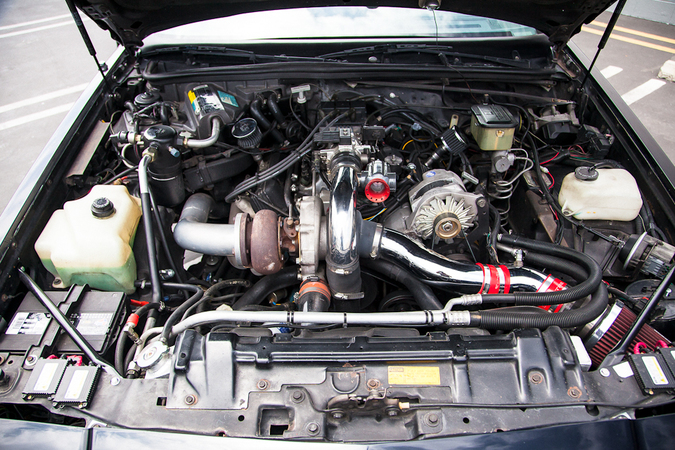 The basic Buick 3.8 liter turbocharged V6 was good for 245 horsepower and 355 ft-lbs of torque, but this one has been rebuilt, poked, prodded and boosted to 455 horsepower at the wheels.  Expect burnouts, chirps after each gear change and general misbehavior. 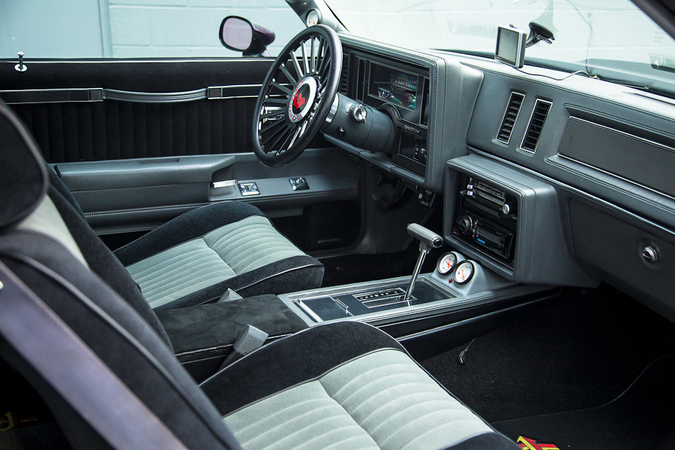 Never seen a steering wheel with that many spokes, and we could imagine it would make resetting the trip computer a bit tricky.  But the rest of the interior looks nice and the tiller does match the wheels in style…so…. 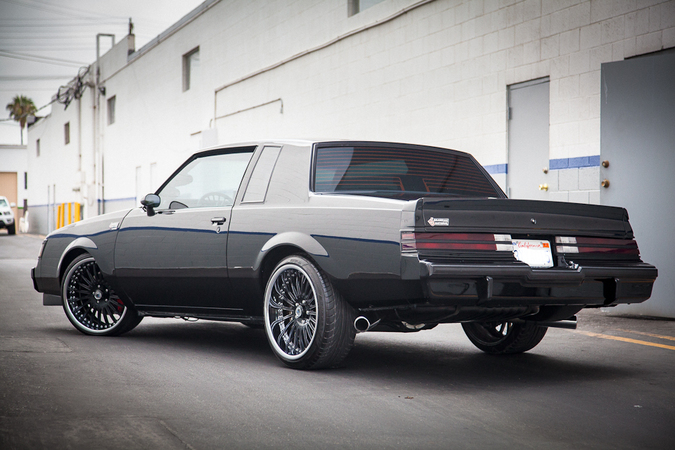 This isn’t the Grand National for someone who wants an original stock example to cruise around, but it represents the other end of the spectrum, the modified car with lots of other people’s money thrown at it.  It does look nice, but the lingering question is always “did the guy doing the work do a good job?”  Only a thorough inspection and time will tell.