In the 1989 David Ward classic Major League, a young Charlie Sheen plays Indians pitcher Ricky “Wild Thing” Vaughn, who is incapable of throwing anything other than a fastball.  Wild Thing’s control is horrible, his curve balls are lacking, but when asked to bring on the heat….well, things get ugly.  We’ve found the automotive equivalent in this seller submission from Oprah85 on ebay.  Find this 1969 BMW 2002 sitting on top of a Cobra-kit style chassis and powered by a fuel injected Ford 5.0 engine, currently bidding on ebay for $6,600 reserve-not-met and located in Mission Hills, CA. The Sicilian olive on top of olive green paint job really accentuates the enormous fender flares and alerts nearby drivers that this is no ordinary BMW.  Colossal 13 inch wide wheels with Mickey Thompson drag radials just aft of the side pipes will convince any doubters that this is a special car. 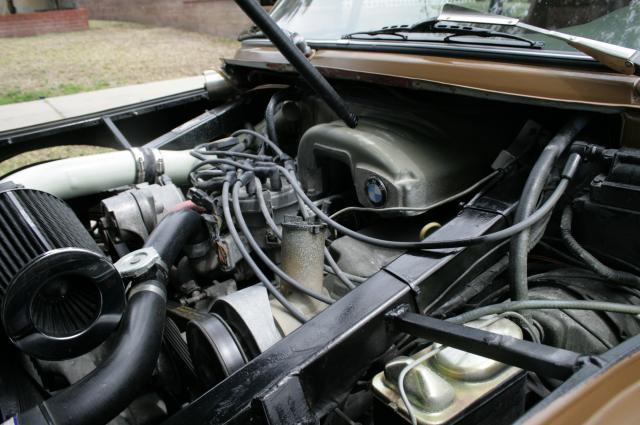 A peek under the hood will confuse the average observer, as the BMW engine, inner fenders, shock towers and firewall are all gone, replaced with a box-frame custom built chassis. Small frame extension sections hold up the widebody outer fenders, like olives on a toothpick, but the real surprise is the big lump nestled way back under the firewall.  This 2002 is powered by a Ford 5.0 liter V8 putting out an undisclosed amount of horsepower mated to a 5 speed manual transmission. 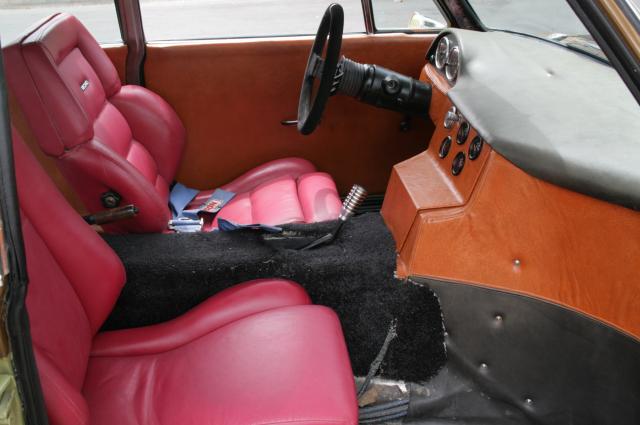 The interior is all custom and the extreme intrusion of the center console is due to the extreme location of engine, basically between the driver and passenger.  This works surprisingly well because cars equipped with the 5.0 and T-5 normally have the shifter located too far forward, but with this mid-engine setup the shifter is just where it needs to be. 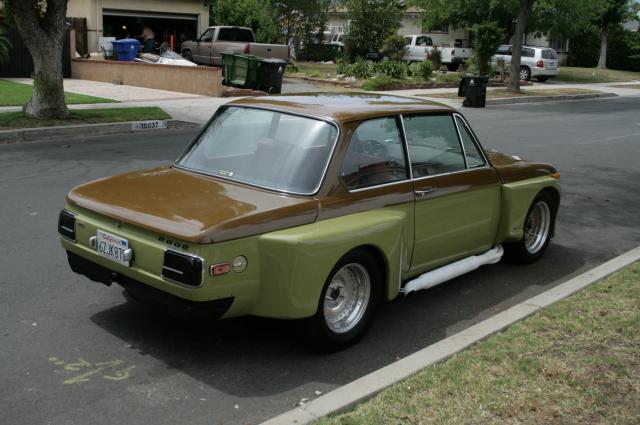 Under certain angles the fender flares look huge, other times reasonable, but for certain this won’t be mistaken for a stock anything and you might get regular attention from the local PD.  Whatever, the burnouts, donuts and hooning will be well worth any potential jail time.  Or maybe…take it to the track…

Got your own car to sell? Hit us up: tips@dailyturismo.com