Welcome to another Thorsday special – this Saab comes from the eastern Nordic city of Ota in the Gunma prefecture of…wait a minute, the editors at DT are trying to pull a fast one…this Saab isn’t a Saab…its a Saabaru!  Okay, you caught us, we like the Saabaru because it combines cool Saab styling with the reliable and trusty Subaru Impreza wagon chassis.  From 2005-2006 Saab sold rebadged WRXs as the 9-2X, the ‘Aero’ trim was the one to get because it came with a turbocharged engine and 2006 model year had a detuned STi engine. This 2006 Saab 9-2X features a re-tuned STi engine with some OE Subaru go fast goodies and is located in Scranton, PA – for sale on craigslist for $9k asking. 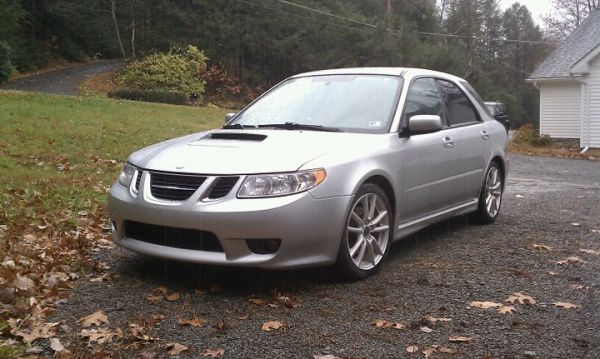 The Saabaru 9-2X tones down some of the boy racer japanime styling of the Subaru Impreza WRX, but keeps the neck-snapping turbocharged engine and asphalt-gripping all-wheel-drive.  While we prefer nice stock low mile cars…this one has a number of upgrades and a few miles – but we like the fact that the builder used OE (Original Equipment) STi parts for the upgrade.  We prefer OE parts to some cheap aftermarket shiney bolt on parts because OE parts have been through rigorous testing and validation to get onto a major automobile manufacturers parts list.  Aftermarket parts, on the other hand, have often only been tested by some guy named Sven on the weekend when he isn’t in bed from a recurrence of Moose Bite Fever (MBF). 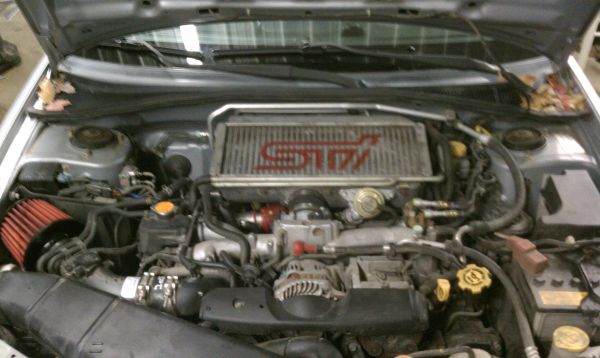 The 2006 9-2X Aero is equipped with a 2.5 liter EJ25 flat-four cylinder turbocharged and intercooled engine putting out 230 horsepower and 235 ft-lbs of torque when stock.  It is a de-tuned version of the monster engine in the STi – and this car has been re-tuned with an STi intercooler, stock STi IHI VF39 turbocharger and some other parts which should give it power in the 300 horsepower range and 300 ft-lbs of torque. 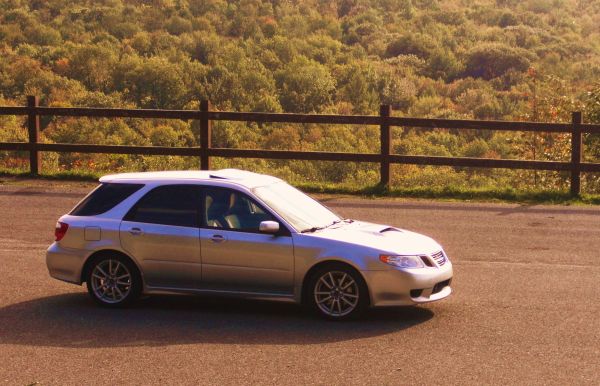 We aren’t sure why the pictures in this advertisement were taken in the fall…perhaps these are old photos or the leaves fall off trees in Scranton in August…but we do like a good 9-2X and we would risk Moose Bite Fever to take a test drive in this 92-XTi.  Does it get a place in your Thorage or is there too much wasabi for your taste?