The e24 BMW 6-series was a luxury grand tourer with a large trunk and colossal price tag.  Only bankers, financiers, stock brokers and other criminals could afford them when new.  It was a good car in standard 630/633/635 spec, but an absolute wolf in sheep’s clothing in USA M6 trim but an even faster M6 hunted in European showrooms -originally called the M635CSi.  This 1986 BMW M635CSi is a Euro grey market car and for sale in NYC for $13,200 reserve not met on ebay. 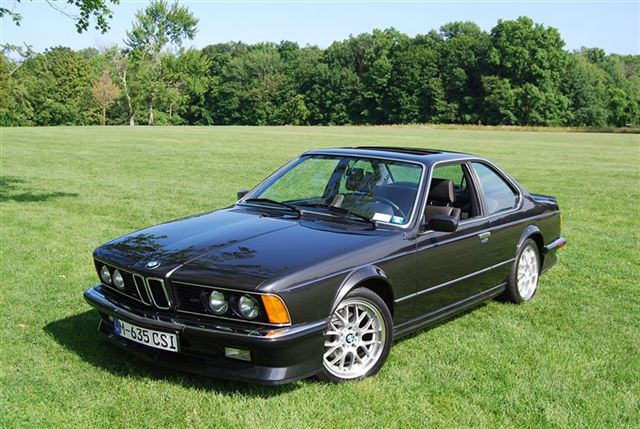 This Diamond Black Metallic M635CSi looks fantastic on the outside and shows very little wear from the 51k miles on the chassis.  That is less than 2000 miles per year by our calculation and a good thing because a higher mileage euro grey market car could cost a lot to maintain properly.  When you show up at Kragen looking for a spark plug wire – you will be directed to buy it from some guy named Niculaie on Bucarest’s equivalent of ebay. Don’t expect Niculaie to give you a good deal on the rare head gasket you are searching for – he has an expensive Skoda habit to bankroll. 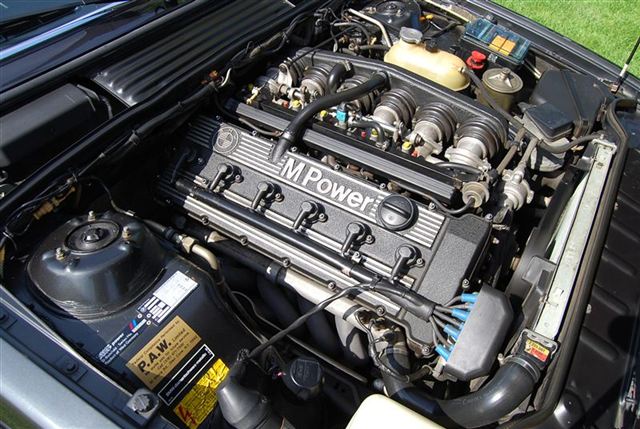 The M635CSi is powered by a 3.5 inline 6 called the M88 – putting out a respectable 282 horsepower and 251 ft-lbs of torque.  The M88 also powered BMW’s mid-engined supercar, the M1, and could be tuned to make 900 horsepower in gruppe 5 racing spec.  A different engine powered the US market M6 in later years – so this grey market engine is rare on this side of the pond, but was also used in the 1988-only E28 M5. 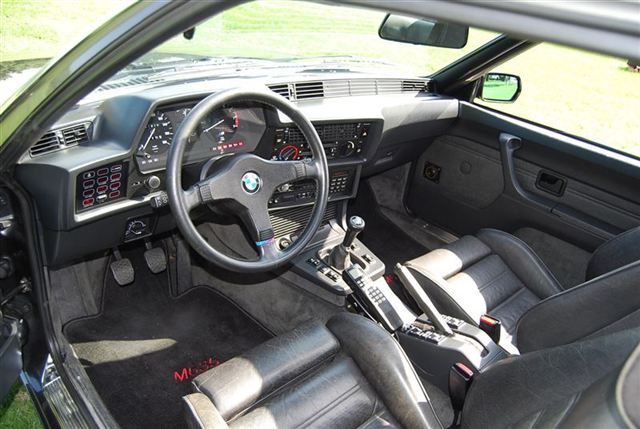 Inside this sheep are classic ’80s BMW gauges, switches and ubiquitous BMW red light panel box that looks like a phone dial pad and lights up like a Christmas tree as the electronics on your 25 year old machine start to fail…  This car is equipped with a ‘special order Buffalo leather’ interior – so we can only assume we need to change the wolf/sheep analogy to “a German Shepherd in a buffalo hide?” Deutscher Schäferhund  sounds better. Whatever this thing is, it has teeth – 0-60 should be dispatched in about 6 seconds – a blistering pace for 1986. 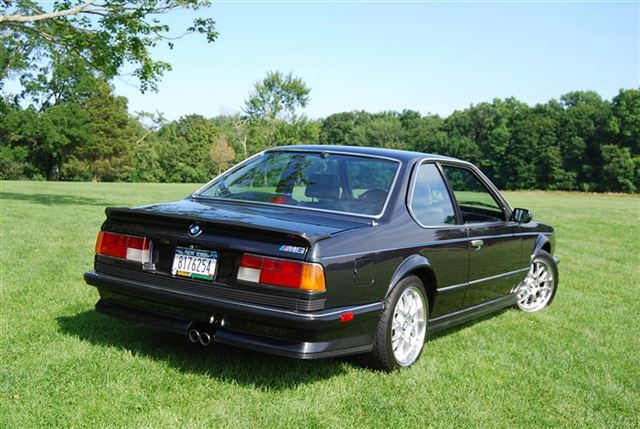 This wolf hound isn’t wearing it stock shoes -it looks to have had a paw-upgrade in the form of some BBS wheels -but they look nice, if not a bit large to be period correct.  Bottom line – this is a rare grey market car in fantastic condition and we think its worth every penny of the $13k its bidding near right now.  Let’s hope the reserve is somewhere south of $15k and someone gets a fantastic deal.  Will you put this wolf in your garage?  We would!