After one sort-of-SAAB, one Smurfy 242, and one interlocutor M6 we are ending this Thorsday with a genuine Nordic rally bred machine. The SAAB 96 traces its roots back to the beginnings of the automaker, and was the final evolution of their original aerodynamic beetle-esque form that began with the Ur-SAAB. This 1970 SAAB 96 is for sale on ebay in Farmington, Utah with bidding near $3k and reserve not yet met. 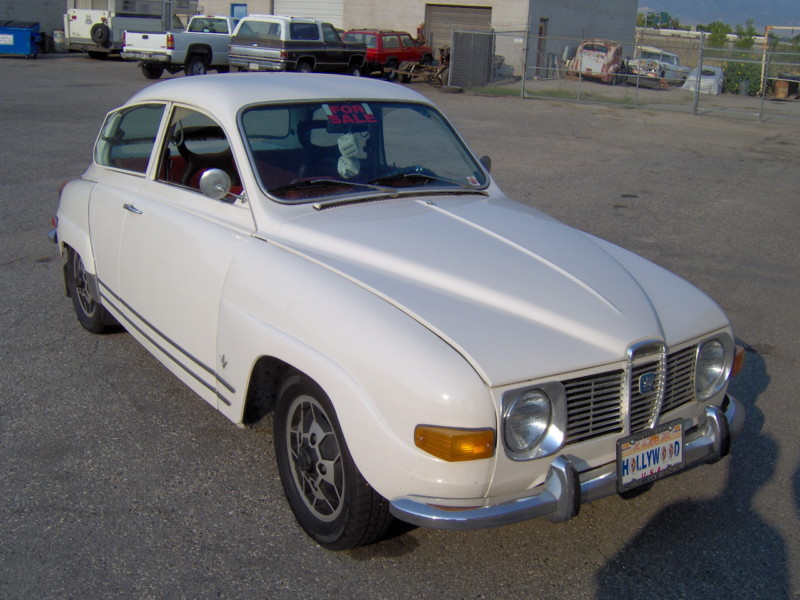 We keep annoyingly capitalizing all of the letters in SAAB because it’s actually an acronym, standing for Svenska Aeroplan Aktiebolaget which translates to Swedish Aeroplane Ltd. The early cars definitely had an aeronautical aura about them with blunt front, clean fuselages and teardrop tails. 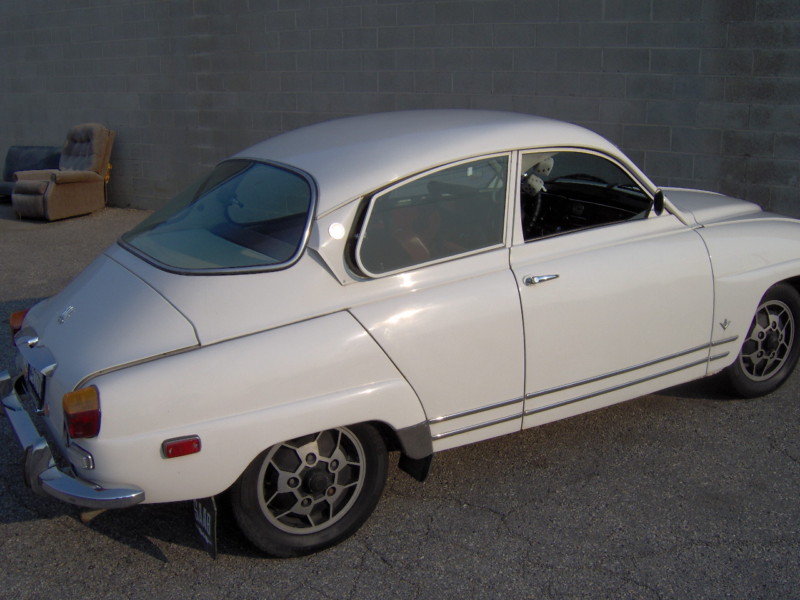 The 96 evolved from the smooth 92 and 93 models into something a bit more warty – the larger grille, protruding marker lights and bumpers were all upgrades in the name of functionality over design purity and low drag coefficients. Unfortunately a car has to deal with traffic and moronic drivers whereas aircraft are more purely focused on aerodynamic performance and hence tend to look a lot sleeker. This car is still pretty teardropic though. 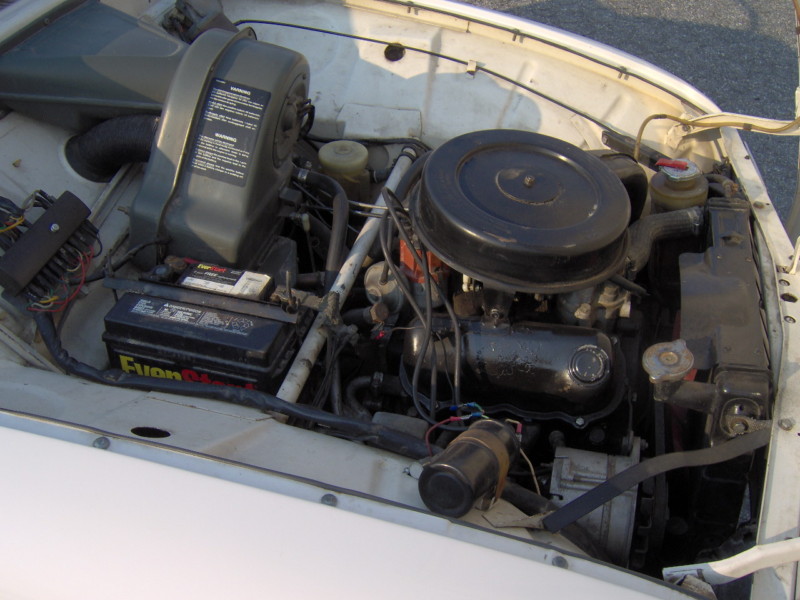 Like the Sonett from last week, this mid-century SAAB has eschewed its earlier 3-cylinder corn popper 2-stroke engine for a Ford Taunus V4. Most of the time if you see “V4” written on an automotive website, it’s due to a craigslist seller’s complete lack of understanding that the 4-cylinder in their ratted out Civic is, in fact, an inline engine and not a V. But in reference to a SAAB like this one (and German Ford, who they bought this engine from) it’s an accurate description.

The V4 engine design is uncommon because it’s more complex than a straight 4 and inherently imbalanced, but it’s compact and SAAB had little choice when looking for a 4-stroke mill that would fit in their FWD chassis originally designed for an engine the size of a small terrier. The 1.5L V4 grunted out only 55hp and 79 lb-ft in stock form, but the design lived on until very recently with two extra cylinders in the form of the Ford “Cologne” V6 – the 4.0L was still available in 2010 Mustangs! 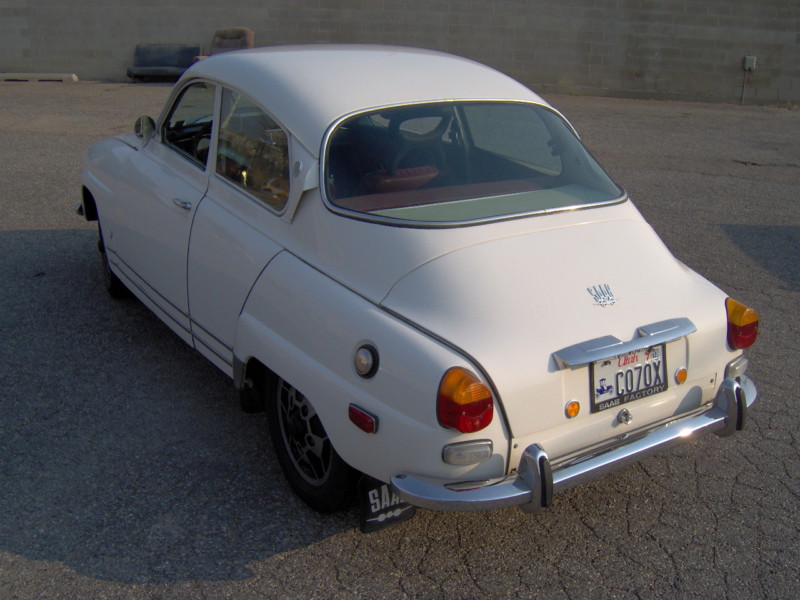 The 96 did have a long rally history, driven by the likes of Erik Carlsson (known as “Erik on the roof” because he intentionally rolled these cars to avoid mud pits) and the original Stig and namesake of The Stig – Stig Blomkvist, that is, who went on to pilot the insane Group-B Audi Quattros in the 1980s. Both of these guys are still kicking – tough old Swedish rally drivers are like tough old Swedish rally cars – durable and hard-headed! 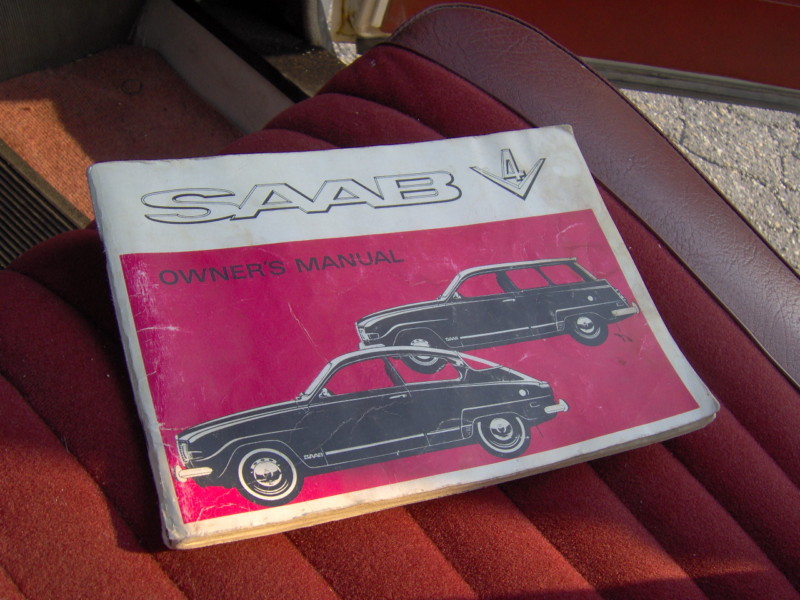 Tell us what you think – does this 96 deserve to keep its stock soccer-ball wheels and remain a clean cruiser,  or should it get flogged on dirty dirt roads instead?