The Mercury Grand Marquis was a badge engineered version of the Ford Crown Victoria and Lincoln Town Car.  It rode on the full sized Ford Platform in the mid 70s, but transferred (with its corporate stablemates) to the Panther platform in 1979 where it lived with the CrownCar through 2011.  Today’s example comes from the late 80s when vinyl landau tops were in and shocks were underdamped.  Find this 1989 Mercury Grand Marquis offered for $4,000 in San Jose, CA via craigslist. Tip from Kaibeezy. 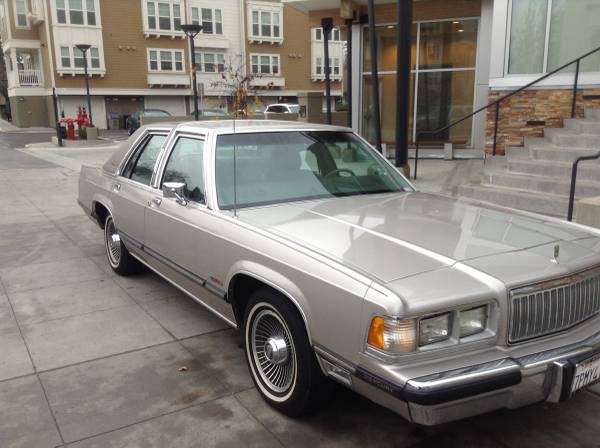 The Grand Marquis isn’t a car that will evoke much of an emotional response for anyone…but today’s example is absolutely minty clean and has a staggeringly low 57k miles on the odometer — that’s 2000 miles a year by my count. And those aren’t taxi-cab miles, these were little old lady on the weekend miles because this thing is clean! 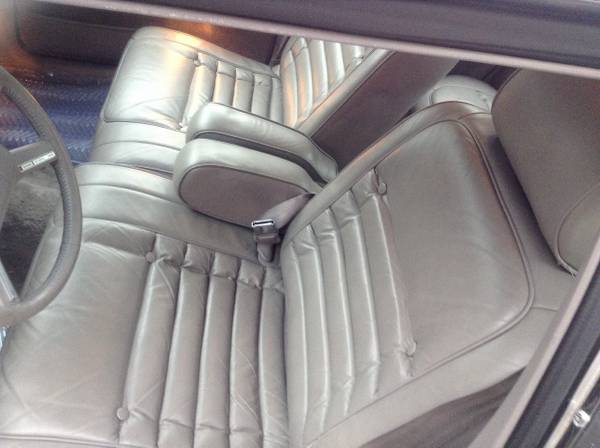 Under the hood of this Marquis is a Ford 5.0 liter fuel injected V8 that is rated at 150 horsepower and 270 ft-lbs of torque…but inside is a set of seriously plush bucket-ench seats that will fit any supersized American passengers. 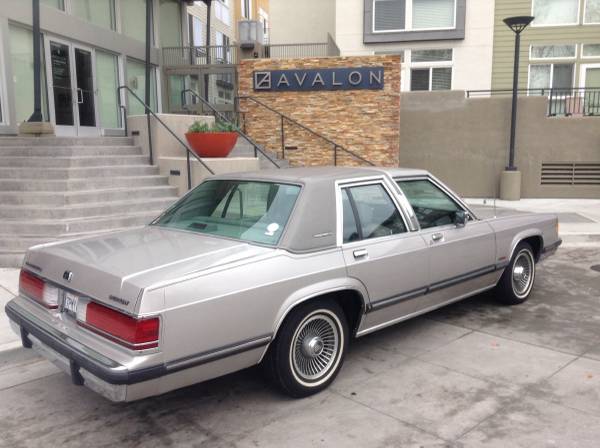 See another luxury version of a Taxi cab for cheap? tips@dailyturismo.com

What Am I? Cropped Gansta Lean: 1937 Hudson Custom Eight