We all know that guy (or gal) who is obsessed with BMWs. He is always talking about one, buying one, selling one or even trying to build his own.  It becomes an all consuming passion and he (or she) has probably lost a few jobs over one.  You could call him (or her) an addict…but I think that would be to trivialize the plight of people with real chemical addiction problems.  But I’d suggest a good round of Bimmers Anonymous for this next guy.  Find this 1987 BMW 535is offered for $2000 in Rosamond, CA via craigslist. Tip from Sean S. 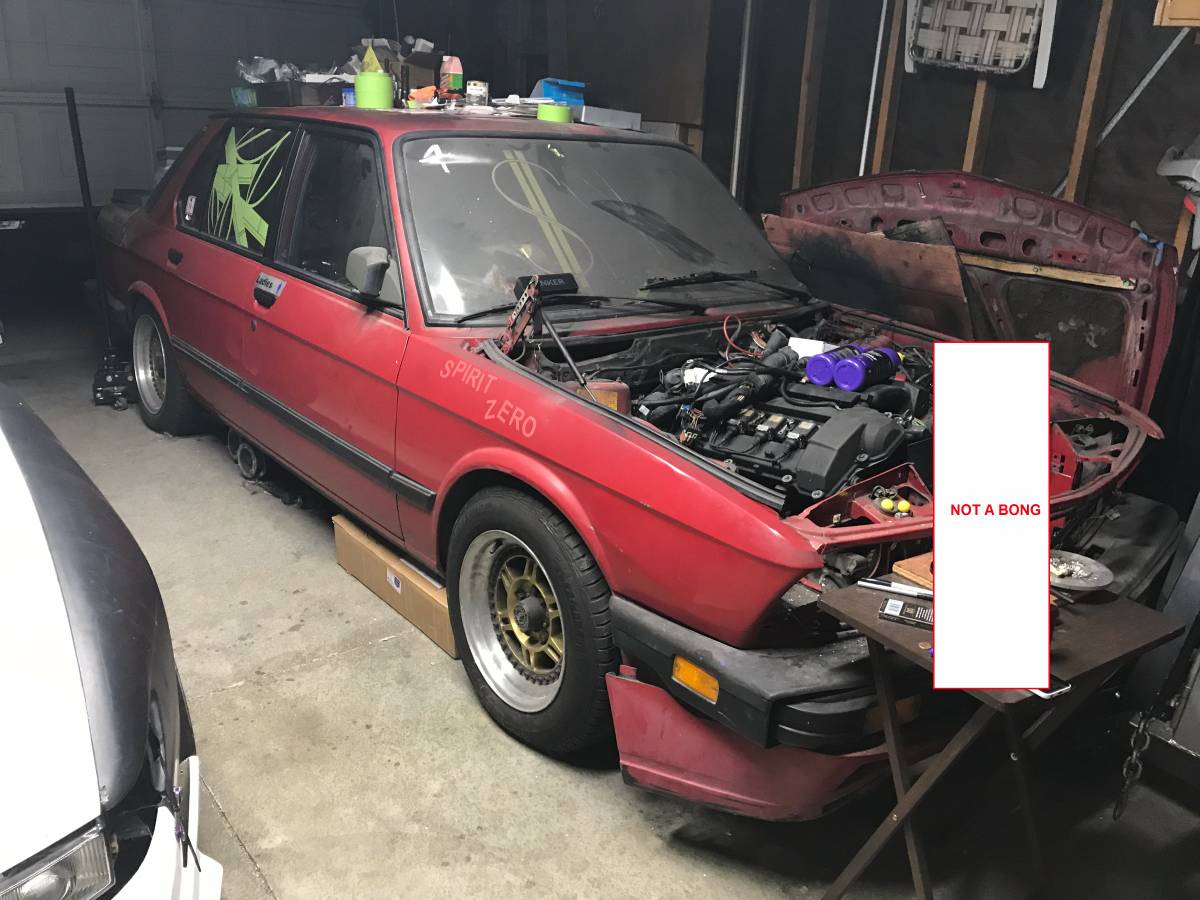 First thing, I will be happy to take pictures on request to supplement the ones found here. Yes, I plan on cleaning it off and taking some better ones… one step at a time, though.

The car is Zinnoberrot and I couldn’t tell you the mileage due to the odometer not working when I got it.

I started with the plan to RB20 swap the car and later changed course to put an E36 M50B25 24 valve motor and trans in it.

The M50 (included with trans, harness, and mounts) is currently mounted in the car slightly crooked due to the E30 brake booster being too large and not clearing the intake manifold. Chase Bays sells a brake booster eliminator (that I have, but is not included in the price of the car) that will remedy this issue. The swap has a COMPLETELY UNCUT harness from the E36 it came from, complete with DME (ECU).

I painted ALL of the window trim black.

I have multiple crates of extra parts that will be included. Some of the parts i know of without taking a full inventory are:

MANY MANY MORE. Its a TON of stuff. 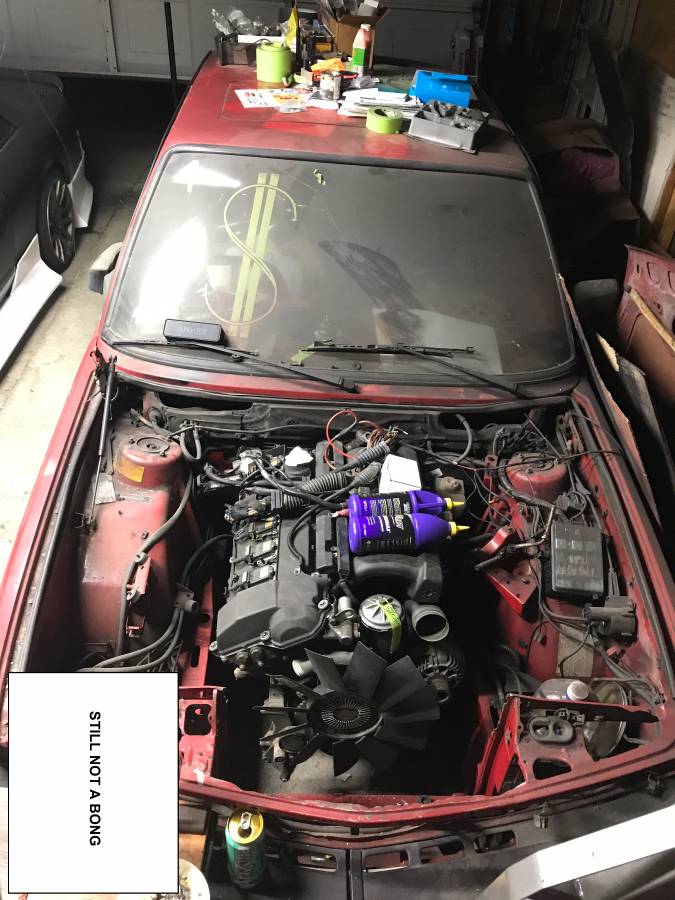 I have a near complete RB20det that i will include with the car, if you want it.

I believe it needs an oil pan and valve cover.

I LOVE this car and I’m devastated having to “be an adult” and get rid of it, but it’s time to move on.

The car is NOT driveable and will need to be moved via trailer or tow.

I will happily entertain trade offers for E90 N54 parts, driveable cars, hi-fi stereo equipment, motorcycles, and other things people generally accept as “fun” or “cool”, don’t hesitate to offer up but I will take cash offers over everything.

I also have a Haltech Platinum 2000 Standalone with IQ3 digital dash available for substantial additional cost ($4000) but is new in box with wideband controller and non-terminated harness. (I had big plans for this car)

The wheels on the car are my favorite part and are Jongbloed 3-piece Aero 22 with brushed lip and gold face 15″ (also included with the car). I spoke directly to Jongbloed and they will sell 16″ barrels and rebuild kits if you would like them bigger. They will also walk you through the rebuild process for the uninitiated.

My name is Peder.

Thank you for looking! 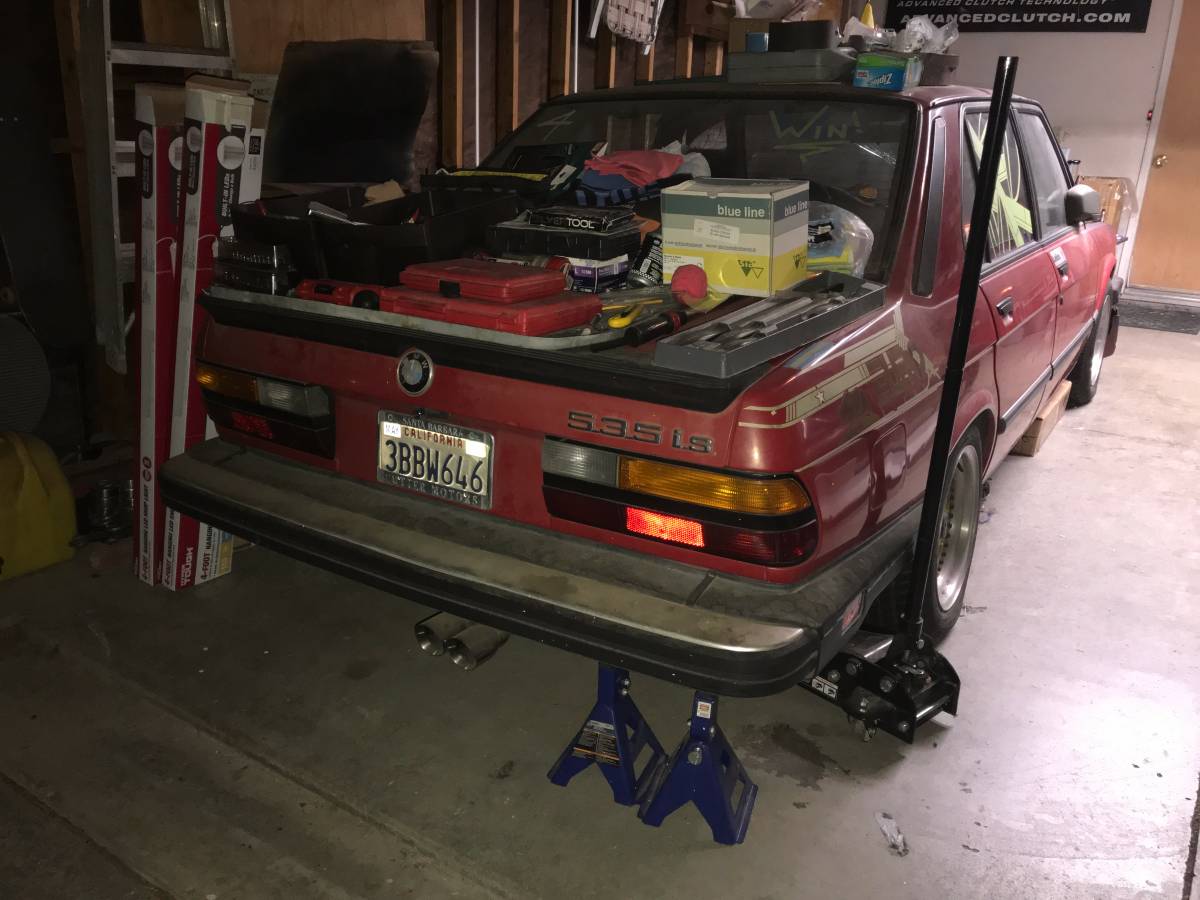 See a cheaper way to get a smokin E28? tips@dailyturismo.com