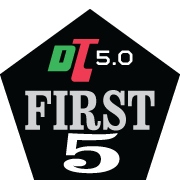 The first car posted to DT back in 2012 was a silver on black 1999 E36 BMW M3 on Craigslist in Glendale, CA listed for $7,400.  In it, our intrepid E-i-C talked about how since the E30 values have increased, the old magic of depreciation has made the following generation E36 of M3 a deal.  Question for the readership:  still the case 5 years on?  Find this 1999 BMW M3 for sale in San Jose, CA for $10,995 via craigslist.  This post is part of DT’s 5th Birthday Celebration.

Unfortunately the original ad of post #1 is long since expired and the embedded pictures have been eaten by gremlins as well so we can’t make a visual comparison between this car today and the first post M3.  According to one of those internet inflation calculators, the value of $7,400 2012 dollars today in 2017 is only $7,917 and the ask of this car is $3,600 more than post #1.  Also, that car had 150K miles on it and our subject has 163K miles – the difference of 13K miles spread over the intervening 5 years is much less than the annual mileage rolled up by the average US driver.  So the question is, has the E36 started on the same trajectory as the previous E30 M3?

The interior of this Dakar Yellow example looks to be in pretty reasonable shape for an 18 year old car that has traveled 70% of the distance to the moon.  The seller says they have replaced the headliner, of which sagging is a common problem.  Unfortunately the seller has neglected to include any pictures of the engine room but is willing to coordinate a PPI in the San Jose area, which is a good sign.  The seller is the second owner and has owned the car for a year, putting just 1,500 miles on the car during their ownership.

See a better deal on a yellow coupe? email us here: tips@dailyturismo.com