Nothing says you are cool like a vintage Volkswagen Camper, except they are too big to park on the street in your trendy gentrifying urban neighborhood without offending somebody, and they are far too common…what you really need is something that matches your Che Guevara t-shirt and ironic Mao calf tattoo — like this 1958 Wartburg Camping Limousine with Chevy 350 V8 power offered for a trade, located near Cincinnati, OH.  Tip from FuelTruck. 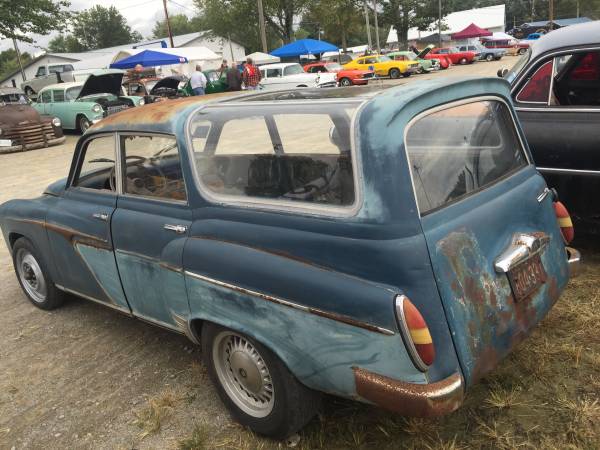 The Wartburg 311 was an oddball East German classic designed by Hans Fleischer and built from 1956 through 1965 by VEB Automobilwerk in Eisenach, East Germany.  This particular model is the 311/5, a Camping Limousine that was designed with the idea that you could wait in line for gas on Monday and then sleep in the back if the line was really long. 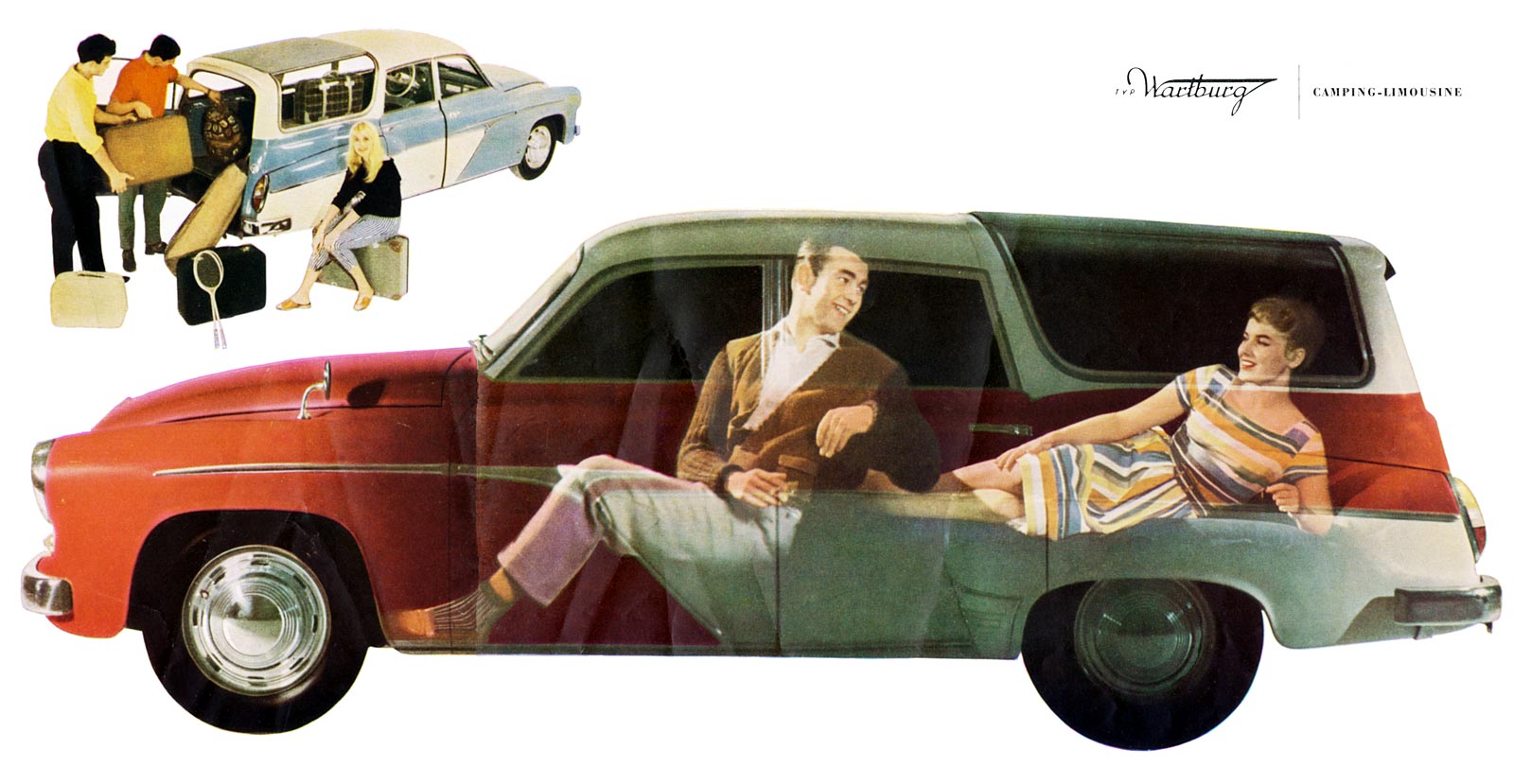 I really don’t know what is going on in this vintage Wartburg advertisement from the other side of the iron curtain — there is a dude in a sweater and a lady lounging in cocktail attire…suffice it to say, there will be a knock on the door from the Stasi later in the evening and somebody is going to a  Gulag, I’m just not sure who. 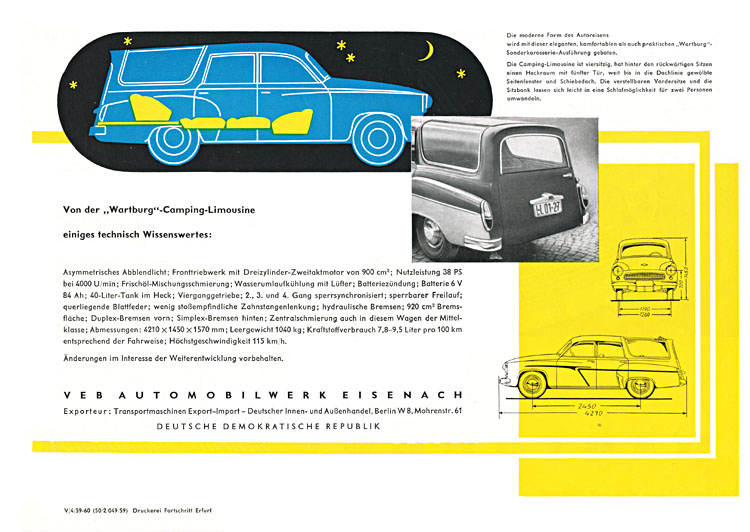 Tell ya what…if you are going to spend your last night in freedom sleeping in a car, it might as well be the 311 Camping Limousine because it offered completely lay flat seats and an open glass canopy that is perfect for watching out for the secret police stargazing. 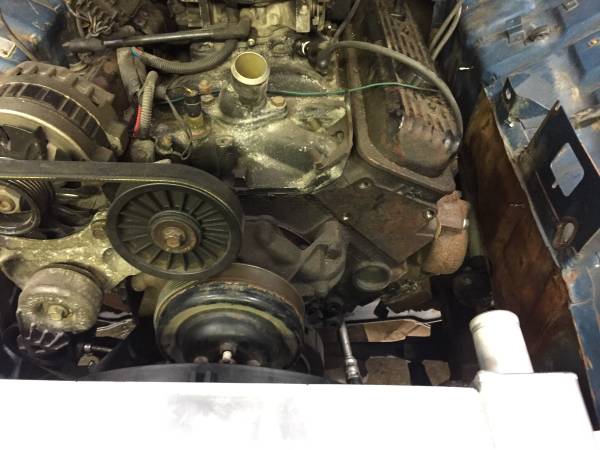 This Wartburg is allegedly one of seven located in the USA according to the seller, but it is no longer powered by the 900cc twin-cylinder two-stroke that it originally used and is now powered by a Chevy 350 V8 of unknown provenance.  It is probably for the best because maintaining the old Wartburg engine is going to be costly, but I still feel this thing deserves a two-stroke of some kind…or at least a rotary. 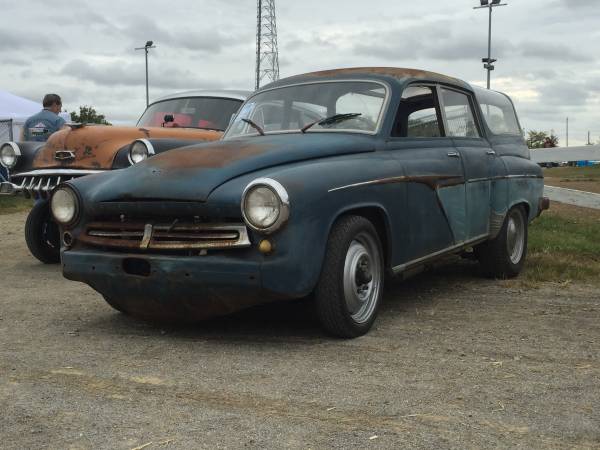 Should I try and trade the Draken for this?  See another Eastern bloc classic? tips@dailyturismo.com