Out of all the cars built in the Porsche front engine era (starting in 1976 with the 924, then 928, 944, & 968 through 1995) the Porsche 944 Turbo (aka the 951) has to be the best driver’s car.  It is also the most likely to be collectible in some distant future if our artificially intelligent overlords deem such a thing as collecting cars to be acceptable.  If Hollywood is right, we’ll probably all have shaved heads and dress in drab robes like a group of colorblind Hare Krishnas but…BUT you’d better stock up on the remaining good examples of the 944 because they are being turned into track cars at an alarming rate.  Find this 1987 Porsche 944 Turbo offered for $15,500 in Boise, ID via craigslist.  Tip from Chris. 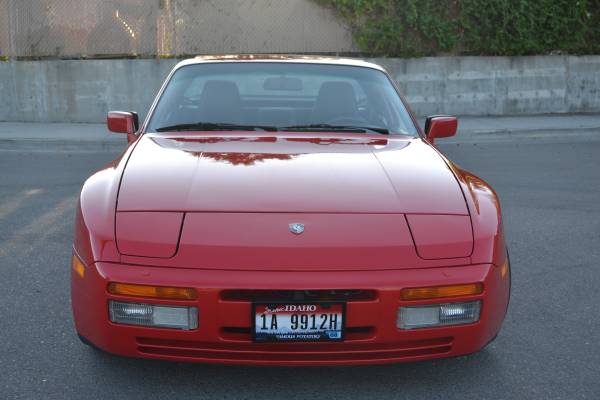 The 944 was designed by Harm Lagaay (who was also the designer of the 924) looks a lot like the 924, particularly the 924 Carrera GT with its big wheel arches.  However, where the 924 looks dainty, the 944 looks muscular, determined and ready to pound on the road ahead.  This particular example has only 92k miles on the odometer, not the lowest mile 944 around, but with only 3200 miles per year it is lower than most. 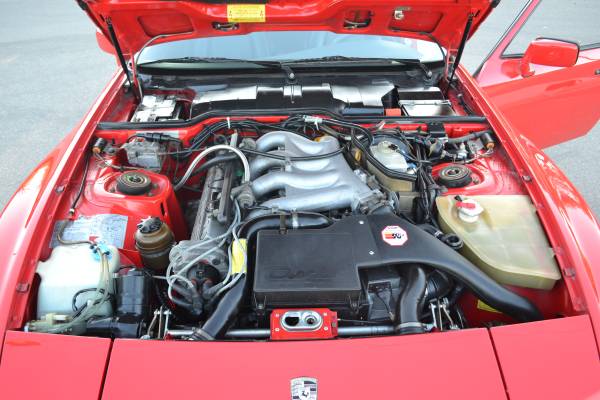 The Porsche 944 Turbo was powered by a 2.5 liter version of the basic
944 engine that has been turbocharged and intercooled to produce 217
horsepower and 243 ft-lbs of torque.  The turbo also added a revised
front fascia, bigger brakes all around, stiffer suspension and a
strengthened gearbox. 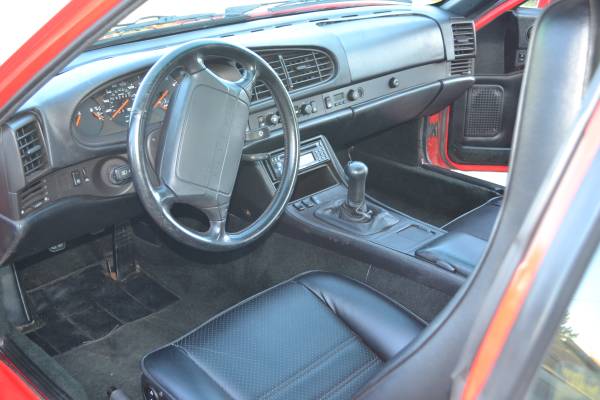 On the inside this thing looks nicely preserved; no roll cages or stupid aftermarket racing seats, just basic Porsche amenities from 1987 in decent shape.  The only real question is — will the current seller take a reasonable offer? 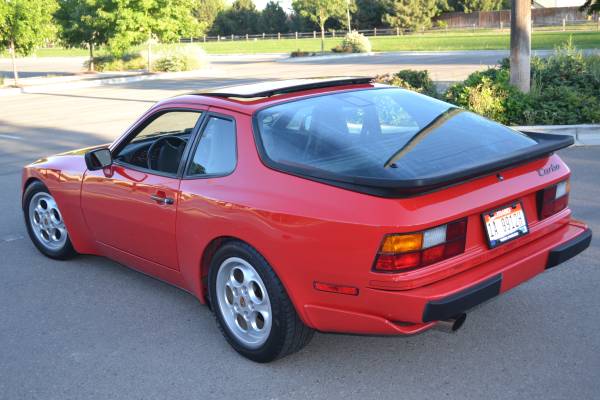