The Silverado name first appeared on the side of a Chevy pickup in 1999 on the replacement for the 75-98 Chevrolet C/K pickup, but there were two different versions of the Silverado. The first is a light duty version that could be purchased in 1500 and 2500 versions, but there was heavy duty version that was sold as the 1500HD, 2500HD and 3500HD — and the HD was the only way to get the boosted Duramax diesel torque machine mated to a 6-speed manual gearbox.  Find this 2003 Chevrolet Silverado 2500 HD offered for $5,500 in Daleville, IN via craigslist. 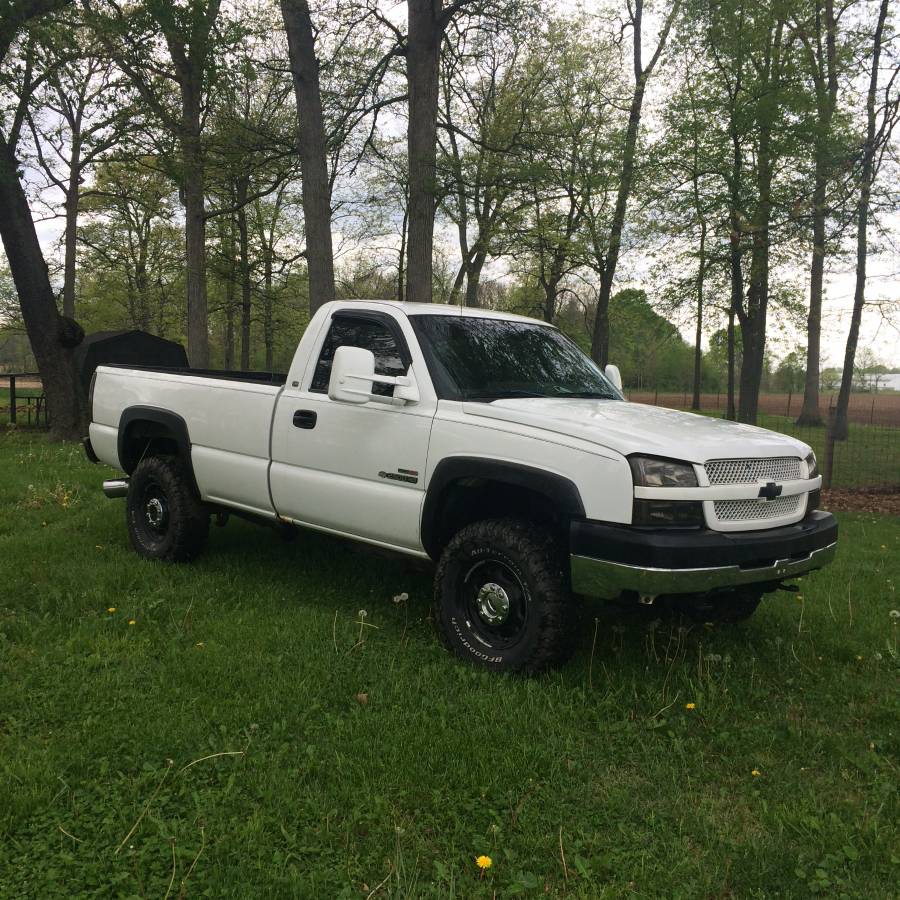 When I read that this car has had a manual transmission swapped in, I assumed that meant that Chevy didn’t sell them with a clutch from the factory…but that just isn’t true.  From 2000-2006 you could get a 6.6 liter LB7/LLY Duramax diesel mated to a ZF 6-speed manual gearbox, but the power/torque was restricted to 300 hp and 520 ft-lbs (from 310 hp and 605 ft-lbs the Allison slushbox version) due to some technical issue that is forever debated in the forums around the web.  Regardless, not many buyers opted for the self-shifted version in the $35,000+ pickup and prices for the original manual versions are high.  This one is cheap because of a busted brake line, but it could be a good deal for the DIY mechanic, and it has the higher power/torque engine to boot. 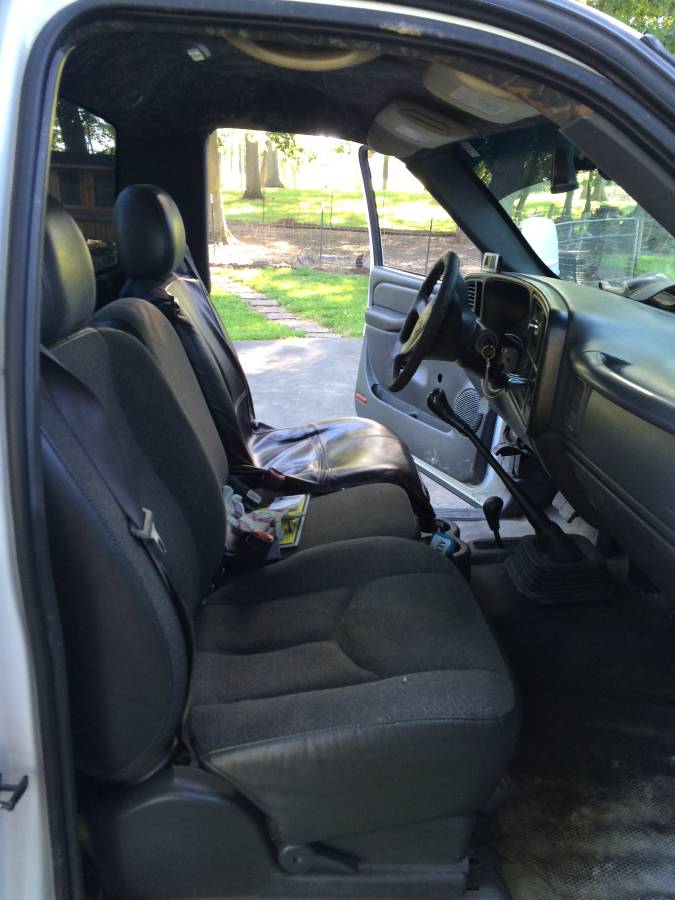 See a better way to pretend you are a long haul trucker? tips@dailyturismo.com