Others have written volumes about the ruggedness of the Toyota Pickup, so we won’t bore you by re-hashing Top Gear’s antics involving a demolished building, fire, water and airborne caravans..suffice it to say that the Toyota Pickup (aka Hilux) is a lo-key apocalypse survival vehicle that will get great fuel economy.  Find this 1986 Toyota Pickup 4X4 w/ camper and 5-spd transmission for sale in San Diego, CA for $5,700 via autotrader.com.  Seller submission from Brad. 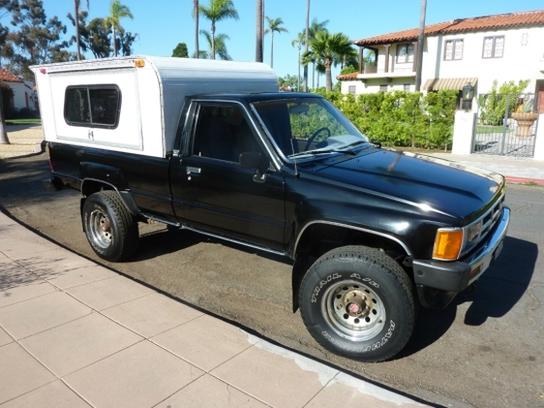 The Toyota Pickup will not be the best car you’ve ever driven, but it will be the best car you’ve ever owned.  Expect decent fuel economy from the 22R-E 2.2 liter fuel injected inline-4 cylinder engine mated to a standard 5-speed transmission.  You can also expect the 22R-E to start every time you turn the key as it is one of those legendary engines that will survive the first and second roachpocalypse (the second roachpocalypse will occur many years after the roaches who are the only survivors of human-made thermonuclear war have evolved into intelligent, xenophobic and WMD capable societal segments.  A small war decorated military leader of the North American roach colony will see signs on the “big board” that the Prussian roaches are preparing to launch their Raidon bomb and with his remaining antenna will press the little red button ushering in the era of the silverfish…but that is a story for another time, where this 22R-E will be driven by a small cadre of silverfish into the Battle of Ghettyscupboard.) 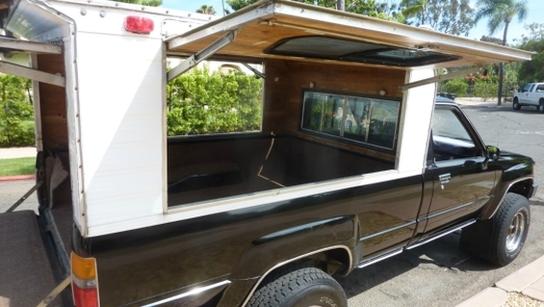