The Ford Ranchero beat the El Camino to the pickup-car market by two years, a handy fact at Ranchero owner’s disposal when everyone asks the model year of their “El Camino”.  The Ranchero sold in decent numbers for a specialty vehicle, over 500,000 in its 22 years of production (for reference, that is equivalent to 10 months of 1966 Mustang production…) but it has a bit of a reputation of being mullet-driven.  While the mullet is commonly called “Monday morning in the front, Friday night in the back”, the Ranchero is “Monday work truck in the back, Friday cruiser in the front.”  Find this 1964 Ford Falcon Ranchero for sale in a mobile home park in Watsonville, CA for $4,750 via craigslist.  Tip from Kaibeezy. 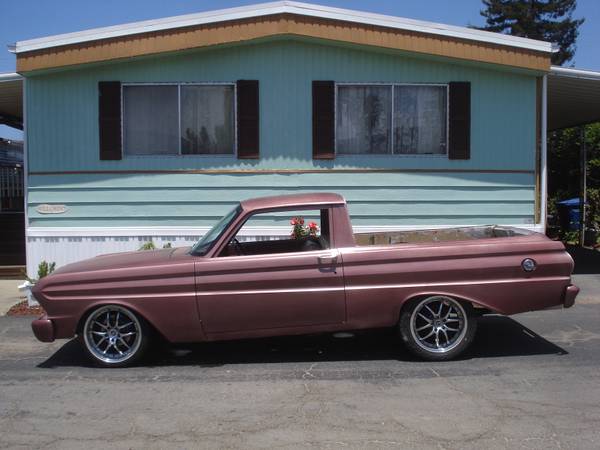 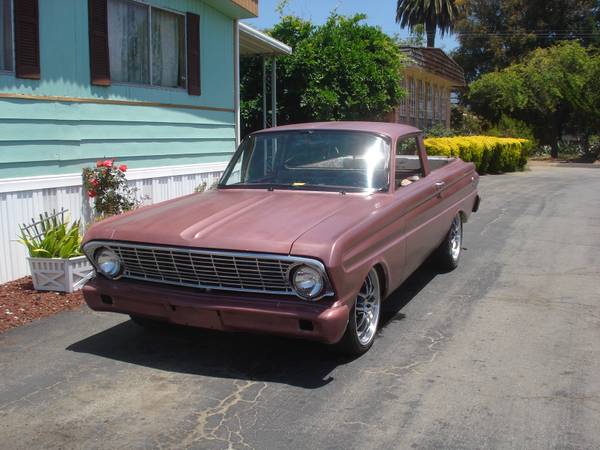 This is not the worst craigslist ad you can find on any given day, in fact the subject taking up 1/2 the field and properly exposed photos are welcome compared to many.  But the total lack of description is puzzling…no mention of “V8” or “rimz” or “selling to put rimz on my house.” Just a phone number. 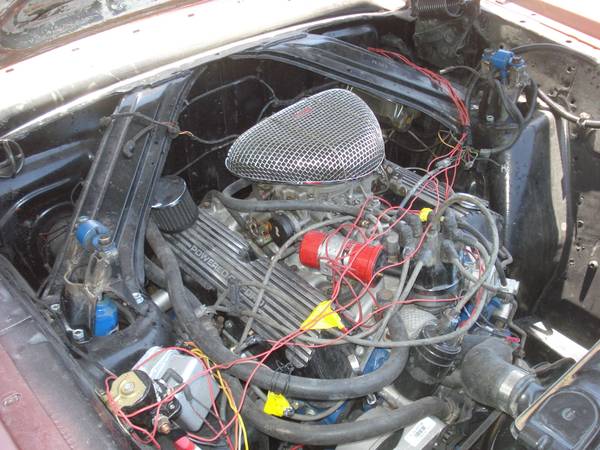 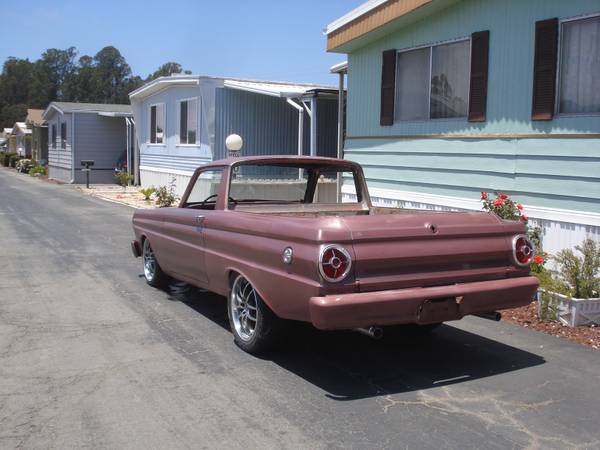 Being a 2nd-generation Ranchero, this one is based on the compact Ford Falcon instead of the full-sized Fords as it was previously. In the subsequent years the Ranchero grew back to proper American supersized proportions, but if your car/truck tastes lean towards less than titanic dimensions, the Falcon Ranchero is the generation to get.

Another gem – while reading the Wikipedia (otherwise known as MakeUpYourOwnipedia) article on the Ranchero we came across this little-known fact:

“The 1938 Ranchero has the same flizbob in the carborheatnator has the 1968, although the 1944 edition canot do a full facepush.”