The second installment for Daily Turismo’s Time Change Tuesday feature is an entry from the far east.  The S30 generation Datsun Z car was first released for the US market in 1970 and lived until 1978 with each few years bringing bigger bumpers and less power. Consequently, the earlier cars generally command more money.  But that isn’t to say a later car equipped with a proper engine swap can’t pique our interest.  This 1974 Datsun 260Z is powered by an SR20DET turbocharged 4-banger and is available in Stafford, VA, currently bidding on ebay for $5,100 with 4 days to go.

This 260Z has several external visual modifications, including black painted bumpers, a prominent front air dam and some blingy aftermarket wheels.  Overall the paint looks decent, but some close up photos from the seller reveals some rust bubbling so this car needs an in-person inspection for sure. 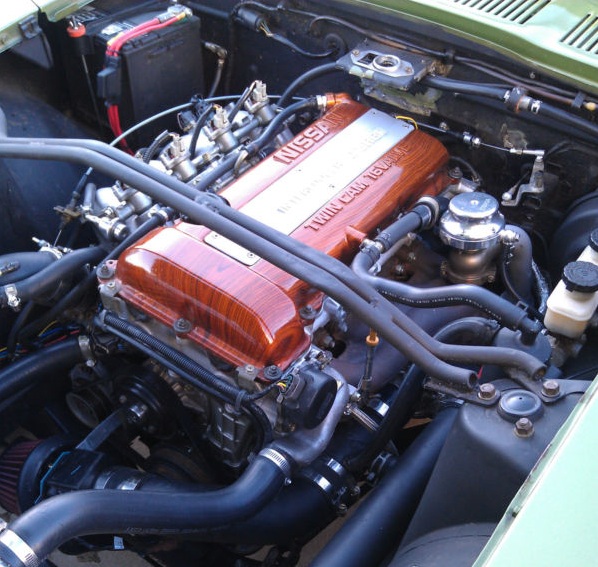 The engine (covered in a water-transfer wood decal’d valve cover) is the 2.0 liter turbocharged and intercooled Nissan SR20DET.  In stock trim the SR20DET makes anywhere from 201-245 horsepower depending on year, application and size of the Garrett T-series turbocharger that force feeds it pressurized air.  The seller claims that this one will make around 350 wheel horsepower, and with an upgraded GT2860RS Disco Potato turbo and external wastegate set at 17.5 psi – we would be surprised if it made less. 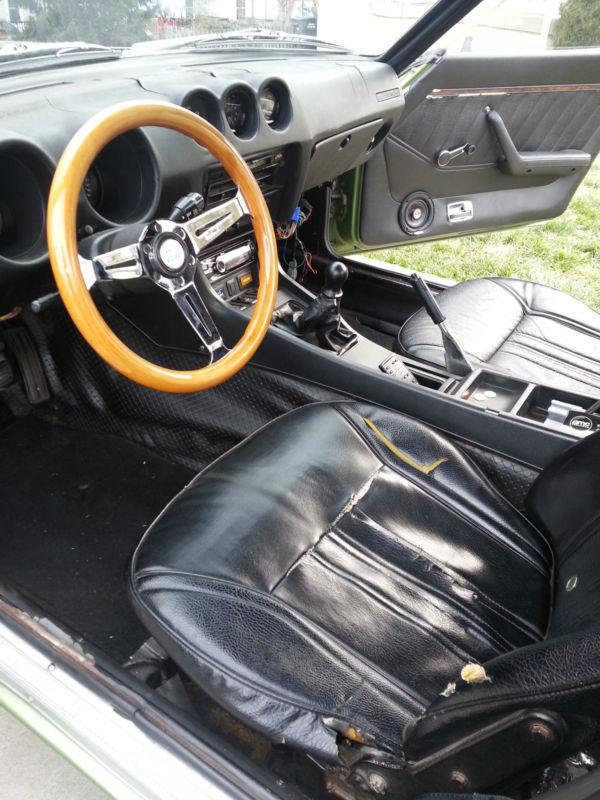 The inside of this Time Change Special is a bit of a disaster, but aftermarket parts support for the Z is great and you can buy new leather and foam, new dashboard, and carpet from a number of online or catalog sources. 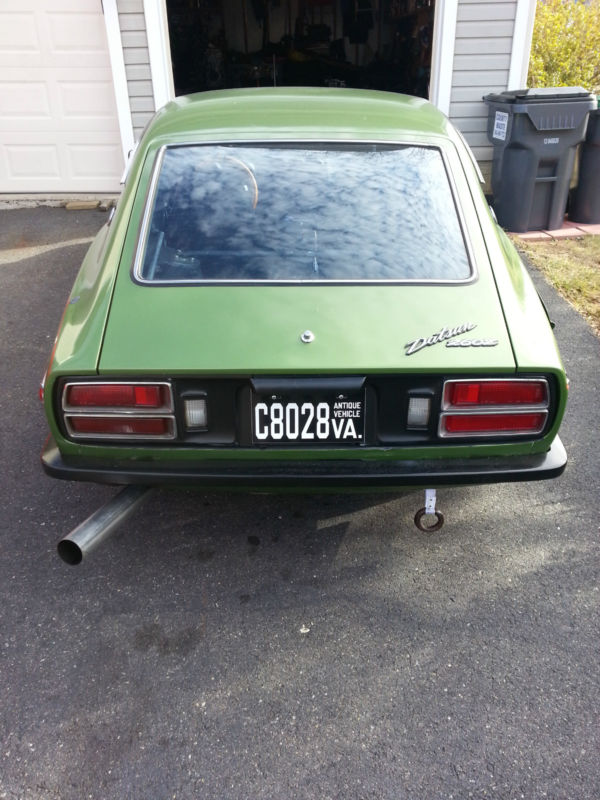 We don’t have a problem with a loud or prominent exhaust pipe on a ‘hot rod’ but this one goes a bit farther than needed and looks ridiculous.  Not a problem, since all you need is a hacksaw and a few spare minutes and it is fixed. Unless you love that Bōsōzoku look, that is.