In the late 1980s, the Chrysler Corporation was having problems unloading its mundane P-body cars, badged as the Dodge Shadow and Plymouth Sundance.  Enter Carroll Shelby and his five gallon hat.  Mr. Shelby added bigger turbocharger, custom suspension tuning, wheels and a bunch of Shelby themed cosmetic components to make it his own.  Find this 1989 Shelby CSX-VNT with 62k original miles currently bidding for $3,501 with 4 days to go, located in Fenton, MO from the cool cats at MotoExotica. 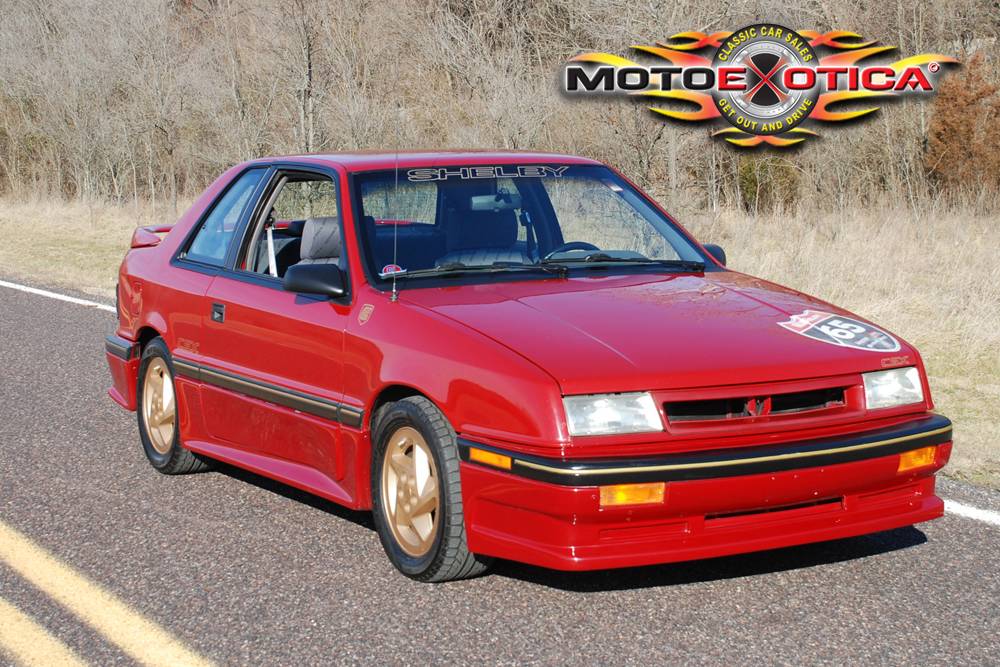 The name CSX-VNT is a bit strange, CSX meaning Carroll Shelby Experimental and VNT standing for Variable Nozzle Turbine, but the car was made by Carroll Shelby and he had carte blanche to do whatever he wanted after winning LeMans…like putting his name in pin striping all over the seats, defacing dashboards with magic markers, suing everyone he’d ever met, groping big Texas ladies…you know, basic stuff. 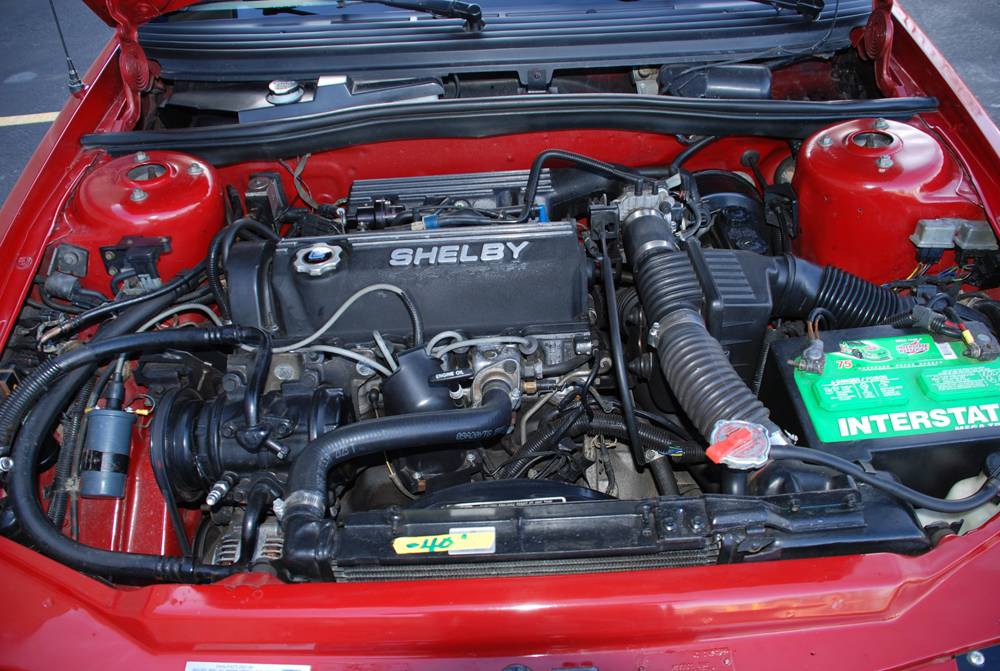 The CSX-VNT is powered by a limited edition 2.2 liter version of Chrysler 4-banger, called the Turbo IV.  The CSX-VNT’s Garrett turbo uses a variable geometry nozzle to control gas flow into the turbine, to function similarly to a wastegate by regulating the turbo speed and boost levels, but allowing for much less lag at lower engine speeds. The Turbo IV is good for 175 horsepower and a 205 ft-lbs of torque at a tractor-low RPM of 2100. Some may claim that the first gasoline passenger car with VNT technology was the Porsche 997 Turbo…but they would be conveniently forgetting this FWD Dodge. 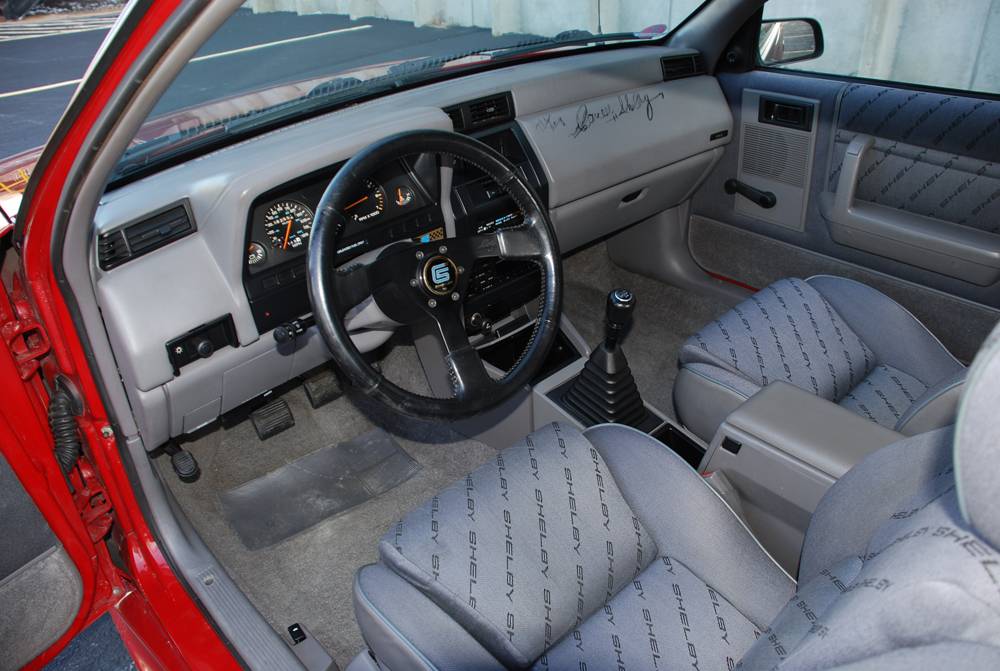 Egads!  Some vandal has defaced the interior by writing his name all over the seats, door cards, horn, dash…oh…no…that says Shelby – its okay, call off the dogs.  The serial branding inside the car is great in case you are ever driving it and wonder if you’ve accidentally stepped into any number of 80s FWD ecrapoboxes…nope…still in the Shelby… 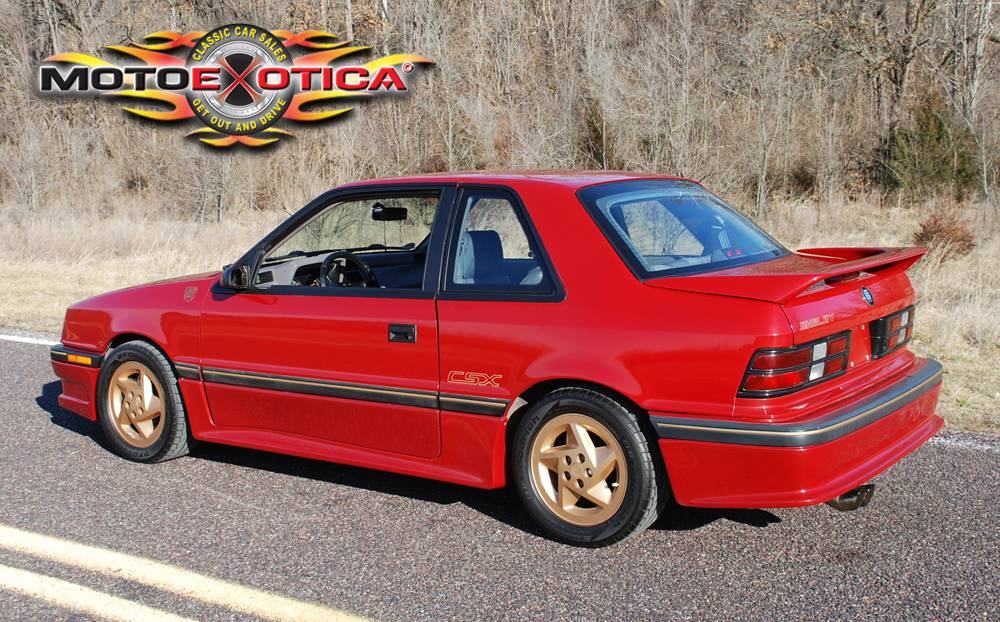 All kidding aside, this is a rare and somewhat cool automobile – only 500 of the VNT models were built and it is probably a hoot to drive around…at least until your friends find out.

With not many of these still around, it will be interesting to see where the bidding ends.