Eighteen months after our first feature of this Lexus V8 Powered Cressida, it is still for sale, possibly from the same seller and for the same price.  It features the same hella-flush stance but is now adorned with a few more flatbrimmer stickers. Huzzah!  Find this 1985 Toyota Cressida with Lexus V8 offered for $5,000 in Hayward, CA via craigslist.  Tip from Kaibeezy. 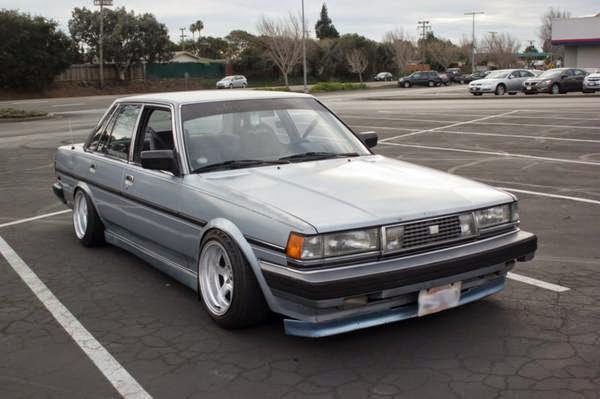 The seller was nice enough to take some pictures in a mall parking lot (instead of the awesome gas station chic look from the previous photo shoot), and includes an interior plus under hood shot.  The inside is expectedly egregious (leopard print shifter boot, donkey schlong shifter, air freshers, et cetera) but under hood doesn’t look too bad. 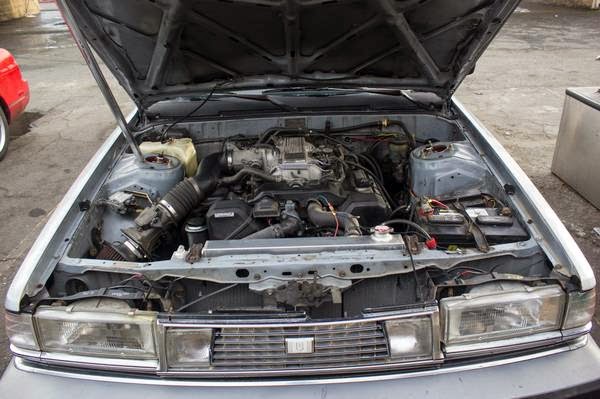 Original Feature: 26-Sept-2013: The Toyota Cressida was a mid-sized flagship sedan that capped the top of Toyota’s US lineup from 1976-1993.  The third generation (1984-88) was internally designated the X70 and featured such innovative features as electronic shock absorber control, but was powered large, low output, inline-6 engines driving the rear wheels. What would fix that better than a 1UZ-FE? Find this 1985 Toyota Cressida with Lexus V8 for $5,000 located in the SF Bay Area, CA via craiglist.  Tip from Kaibeezy. 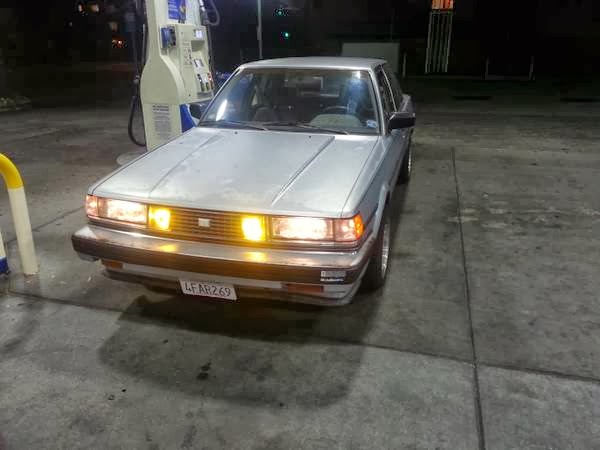 This Cressida has had its inline-6 removed and it is now powered by a 1UZ-FE 4.0 liter V8 from a Lexus LS400.  Depending on the year of the donor vehicle it could put out anything from 250 to 290 horsepower and is thankfully mated to a W58 5-speed manual gearbox.  With a stock curb weight of 3200 lbs the Cressida should be very willing to accelerate with the new engine.  Unfortunately the ad text leaves much to be desired in the details and punctuation department…and the pics were taken on a mid ’80s cell phone camera at a gas station in the middle of the night. 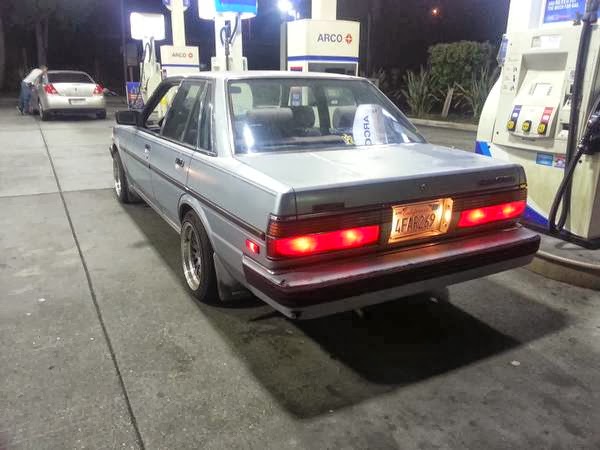