The Ford Contour and Mercury Mystique were based on Ford’s CDW27 platform, a confusing amalgam of acronyms, but it was a global platform that was used to build the Europe-only Ford Mondeo and later the Jaguar X-Type. Take a workaday chassis and add a dose of magic from Ford’s Special Vehicles Team and you get a car that looks like the next econobox rental reject, but is actually a hoot to drive.  Find this 1999 Ford SVT Contour for sale in Alameda, CA for $6,000 via craigslist. Thanks to tip from Kaibeezy T! 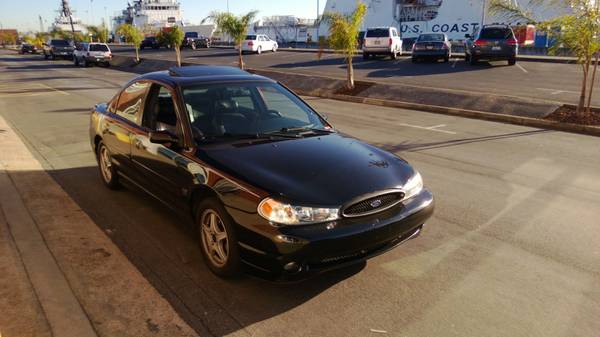 The city of Alameda is located just west of Oakland in the SF Bay area and was the home of a large Naval base that is currently in the process of being decommissioned.  Given the photographs near a large US Coast Guard building, some ships in the background and what could be a small military base sticker peaking out of the lower left side of the windshield, we are going to guess the current owner is active (or recently ex) military. 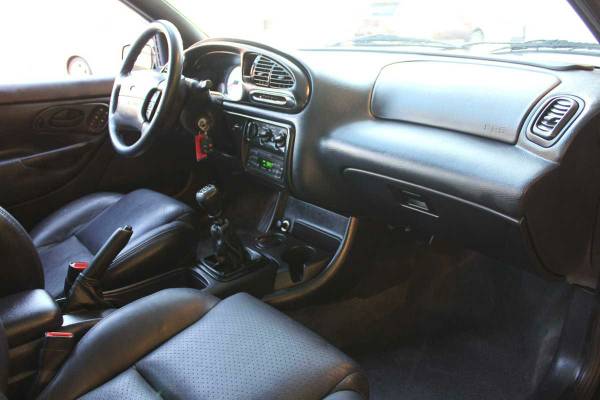 The SVT Contour sharpened up the suspension, put a few more ponies into the basic Duratec V6 for a total of 200 horsepower and required the use of a 5-speed manual transmission.  The combination isn’t earth-shattering, but it turns a bland rental fleet base sedan into a stealthy front wheel peel-out machine. 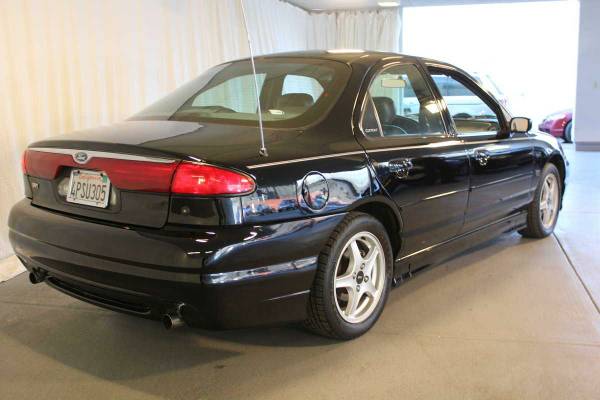 Additionally the SVT package adds a few piece of aero-trim, a ground hugging front and rear valence, something not noticeable to the average Joe…but if you are going to make out with a pig, its better to have lipstick on its face than manure.