The 2nd generation Toyota MR2 was produced from 1989-1999 and powered by a inline 4 in naturally aspirated or turbocharged configurations.  The NA version was downright slow and the turbo version requires high revvs to keep it in boost and out of turbo lag zone.  Swap in a 3.0 liter Toyota V6 and the car is transformed with ample low end torque and enough horsepower to keep it entertaining.  This 1991 Toyota Mister Two has recieved a 3VZ-FE swap and is for sale in Athens, AL for $4,000 via craigslist. Wow – nice blurry photos and its got a Fast ‘N’ Furious body kit messing up Akio Yoshida’s original design.  It wouldn’t be too hard to find stock body pieces and turn this thing back into a stock looking MR2 – that would be our preference. 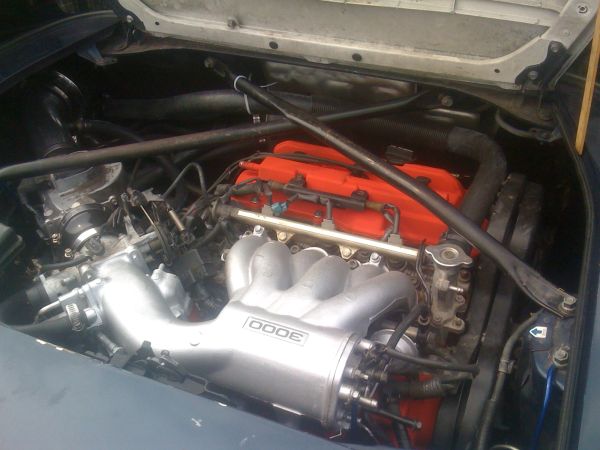 But please don’t mess with this engine swap — maybe a turbo – but otherwise we love the idea of a reliable and torquey Toyota V6 shoved midships in this beauty.  The inherent genius of the mid-engined Toyota was that all of its cars at the time were front wheel drive and make easy transplants into the transverse engine bay of the MR2.  The only downside is that Toyota Camry V6s from 1992 aren’t exactly performance behemoths and put out 185 horsepower from 3.0 liters, but performance should be on par with the Turbo MR2 from the same year once you factor in the extra low end grunt. 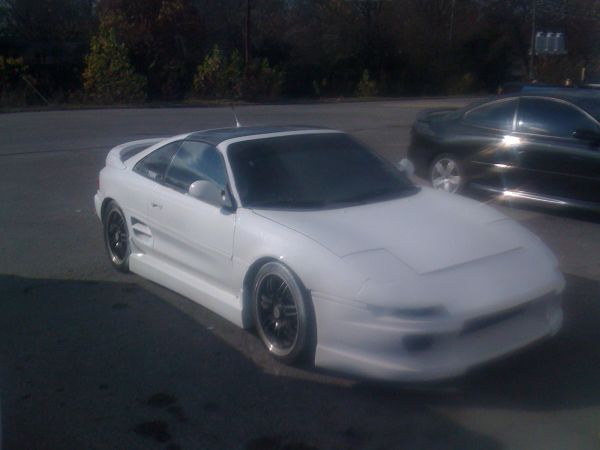 Either this car is located in an earthquake zone or the sellers camera is really messed up because all of these photos make me want to puke.  Looking at these photos is an experience similar to watching the latest Hobbit movie in 3D, except that Peter Jackson didn’t ruin the story with his own asinine interpretations of this MR2 – that was done by the hack with the body kit and silly wheels.  Here is to hoping the new owner has some sense and brings this Ganldalf the White back into the middle-engined realm.