The Triumph Spitfire had a typically long reign from 1962-1980 (for cheap British cars and house of Windsor monarchs) with few major changes from its Mk1 release in 1962 through slow and excruciating death in sync with demise of the British auto manufacturing industry in 1980.  The earlier examples are better looking, lighter and more collectable, but this 1971 Triumph Spitfire Mk IV looks to be in great shape in Lincoln, NE and for a fair price of $4000 (via craigslist).  (Thanks to tip from Andrew L) 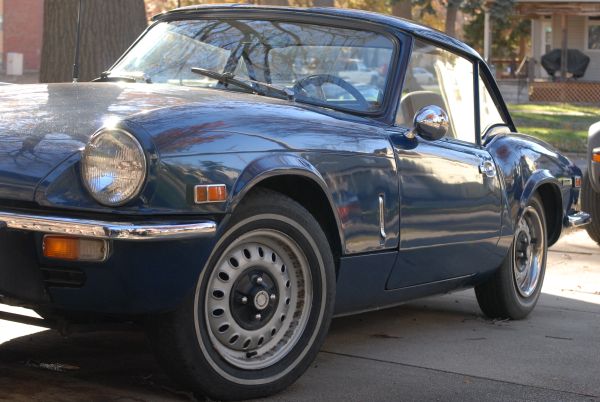 The paint is a nice shade of blue instead of the ubiquitous British racing green (can you say overdone!) or some lame shade of white/yellow/beige and the seller claims it has zero rust. 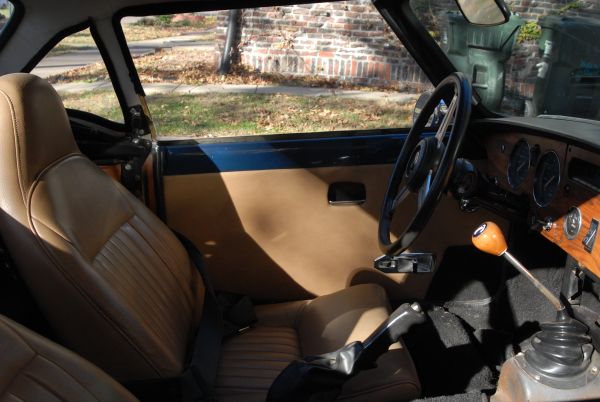 The seller says it has a few authentic updates – and we think the seats must be from something later (maybe a sharp eye’d reader can ID them for us!).  Overall the interior looks great. 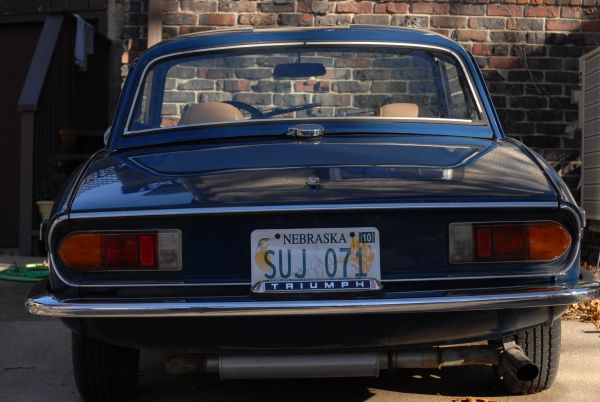 The car is shown with a color matching hardtop, but is offered also with a folding convertible top.  Overall, we can’t find much wrong with this little Triumph and would be worth a look for anyone local.

See another cheap Brit for less? email us here: tips@dailyturismo.com