The Fiat 124 is an interesting piece of automotive history and its production schedule follows a similar trajectory of the illicit crypto-currency, the bitcoin (more on that later).  Today a 124 Spider can be picked up for less than the cost of the latest bit-coin mining array and is much less likely to land you in federal PMITA prison.  Find this 1979 Fiat 124 Spider for sale in Burbank, CA for $4,900 via ebay classifieds.  Big thanks to tip from Rod S.

You very well may be asking the question – what does a Pininfarina designed roadster have in common with a virtual currency
used to buy all manner of illegal goods via the internet’s equivalent of
Telegraph Ave — specifically the Silk Road?  We need to properly
define our subjects for anyone unfamiliar with both. 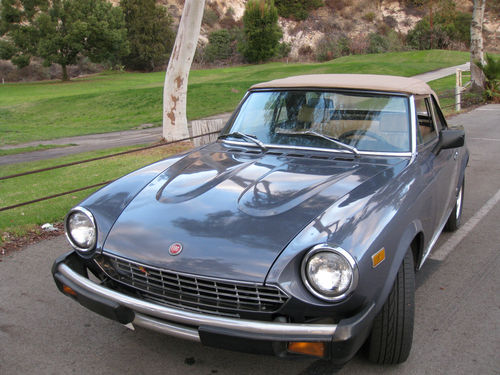 First, we need to understand the basics of the bitcoin.  The bitcoin is a peer-to-peer crypto currency based on the use of complex computing algorithms to generate and solve a bunch of meaningless computer puzzles.  The currency is traded using the private key portion of solved ‘hash’ or a de-cyphered puzzle that the bitcoin world bank (actually just a commonly shared algorithm on many computers) will validate when it is traded to another user.  The bitcoin supply is limited such that a set amount of new bitcoin currency is released into the wild when one of thousands of independently run data solvers cracks a cypher.  Currently 25 bitcoins are produced every 10 minutes, but that number is halved every four years until a set number of bitcoins are created (exactly 21 million in 2140). 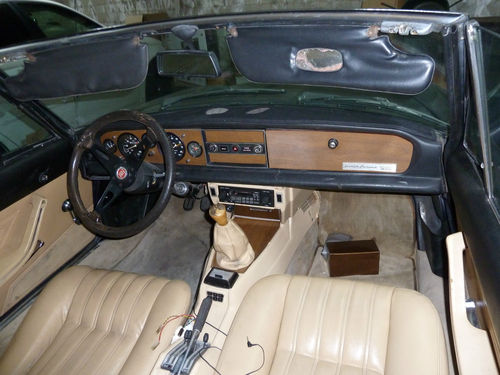 The Fiat 124 is a handsome roadster designed by Dutch-American Tom Tjaarda at Pininfarina and built from 1966-1985.  Today the Fiat 124 isn’t climbing the appreciation scale like a Porsche 911, but it certainly is worth more than an equivalent condition Pinto.  The 124 is powered by an inline four cylinder engine that in 1979 made 106 horsepower and is mated to a 5 speed manual gearbox.  Think of it as a rust prone and electrical gremlin infested Mazda MX-5 with a classic exterior.

This decaying number of bitcoins looks like a cumulative graph of Fiat 124 production – in that it sold well in the first few years of its life (1966) and then slowly reduced until it ended with a set number just over 200,000 being built at the end of 1985 (Actually this isn’t entirely true since Fiat 124 production was relatively constant until it dropped in the last few years before and after production was transferred to Pinifarina, but for the sake of this argument, let’s pretend it had a more gradual drop off and never speak about this again).  Here is the kicker: the production of bitcoins is reduced by ever increasing complexity of the equations to be solved…and production of the Fiat 124 was reduced by ever increasing complexity of emissions and safety requirements. 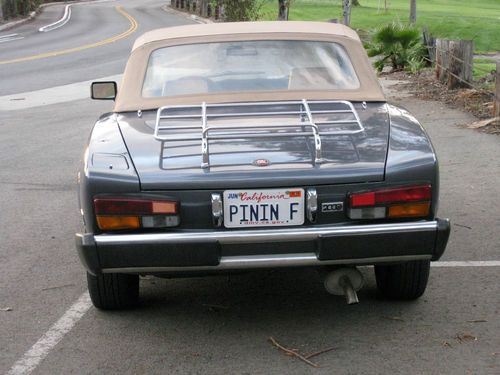 Finally there is the question of collectability and value.  The bitcoin is only worth something if someone else agrees to exchange something else for it – today the bitcoin trades at something on the order of $160 USD.  That number can drastically and rapidly fluctuate if the supply or demand for bitcoins suddenly changes as the currency it is backed by neither gold or the atomic bombs of the USA.  The same goes for the value of the Fiat 124 spyder – one day it could be worth $5k, the next $25k or $0.25k…only time will tell.  If you want a nice roadster for $5k that will be an awesome drive and enjoyable, buy an MX-5 – but if you seek the thrill of an underground network of greasy palmed Italian parts brokers and roller coaster ride of book value…buy a Fiat.

Hit us with your tips!  tips@dailyturismo.com