Every year the malls are swamped on Black Friday with shoppers trying to get a good deal on worthless stuff they don’t need.  Why should it be any different here?  You may not need another 80% restored mid 80’s Mercedes in your driveway, but this one (with photos from a mall parking lot) looks like a good deal and is equipped with the uber rare 5-spd.  Find this 1986 Mercedes-Benz 300E 5-spd for sale in Los Gatos, CA.  Tip from Kaibeezy. 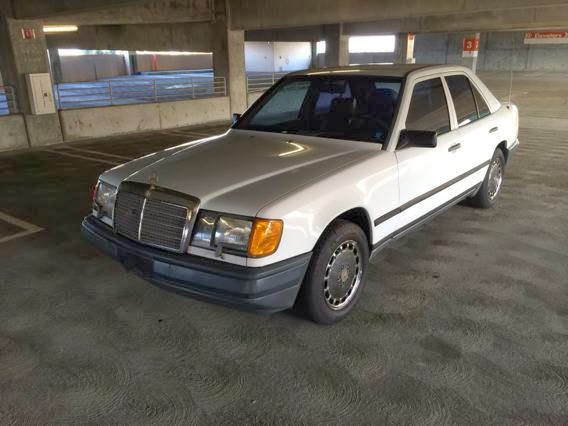 The W124 Mercedes E-Class was produced from 1985 to 1996 and in archeological terms, they should outlast the Pyramids at Giza.  This one qualifies as one of the 7 wonders of the automotive world because it features a 5-speed gearbox, almost unheard of in a modern North American market E-Class. The W124 300E is powered by an M103 inline-6 that displaces 3.0 liters and makes 177 horsepower.  Merc’s big lineup on inline-6s aren’t the sexiest engines out there, but they produce plenty of low end torque, are silky smooth and are bullet proof. 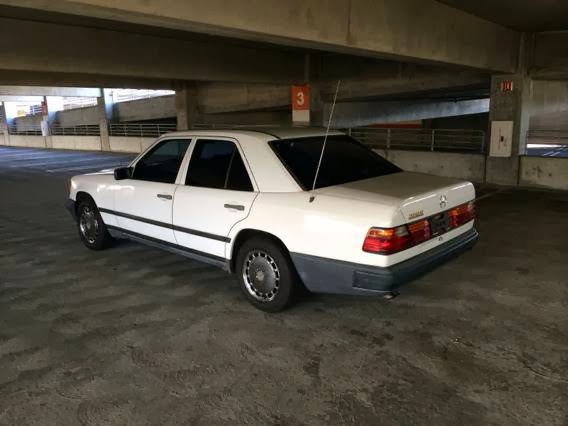