The Mercedes-Benz W180 chassis was the S-Class of the day and put a smile on the faces of many wealthy businessmen when they rolled off lots between 1954 and 1959.  Today, a used driver class 220S won’t require a lawyer’s salary to buy, and was built well enough to be comparable in running costs to most domestic 50’s cars.  The parts will cost more, but they should last longer.  Find this 1956 Mercedes-Benz 220S W180 offered for $11,000 in Monterey/Salinas, CA via craigslist.  Tip from Kaibeezy. 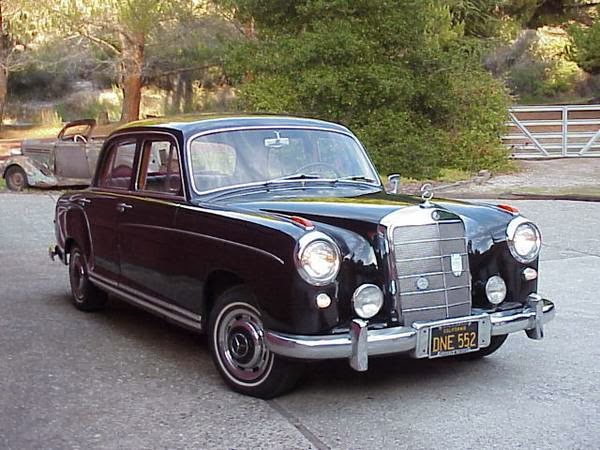 The W180 was given the nickname “Ponton” for its boat-like fenders, and it has aged into something you’d expect to see driven around by grey-haired old gentlemen.   Makes us want to stick a supercharged AMG V8 under the hood and surprise the daylights out of everybody in town, at least until hauled away by the cops.  But this one looks nice and seems like a good example to keep well oiled and just drive it. 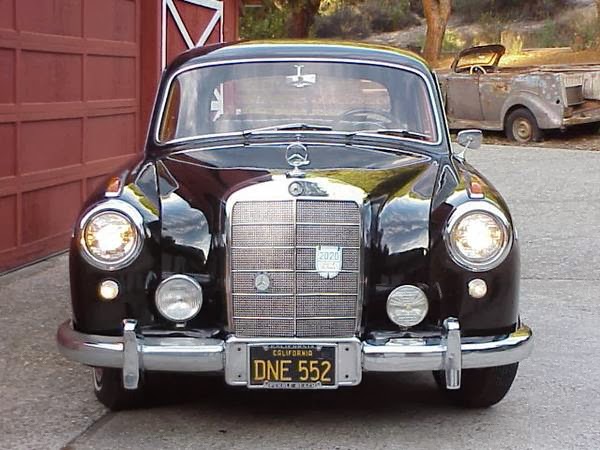 Under the huge steel hood is a 2.2 liter SOHC inline-6, good for 99 horsepower and 0-60mph when you bloody well feel like it – no need to rush around.  Don’t expect to run away from the cops after wacking some louts with a tommy gun in this beast because the local mall cops will run you down in a Segway….okay, its not VW Van slow, but the stock setup will let you put around town. 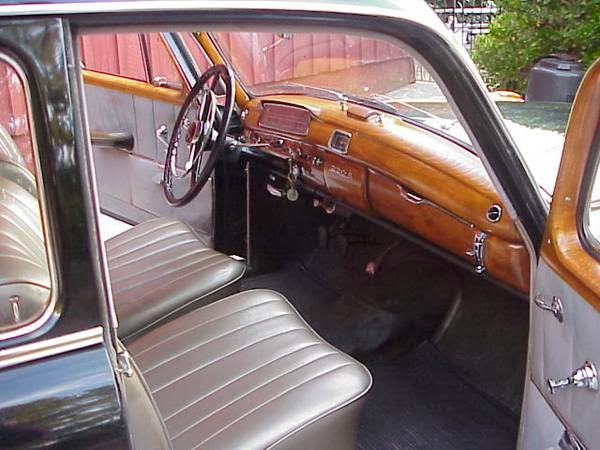 The inside of this example is extremely nice considering the asking price and we’d imagine it would easily cost you $10k to take a free basket case version  up to the condition of this one. 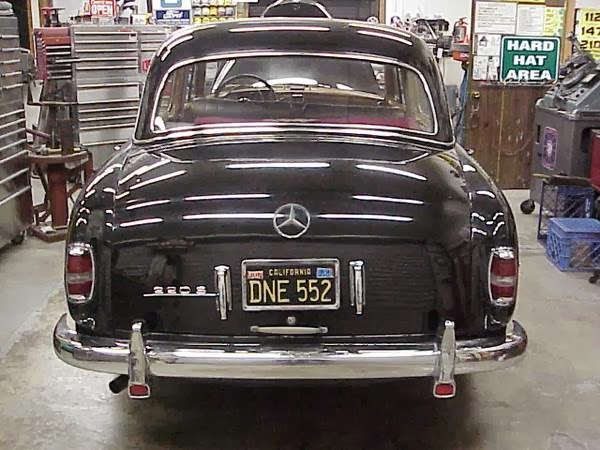