The Toyota Grand Prix in Long Beach has routinely held a Pro/Celebrity race in Toyota street cars since 1976.  The race has always had lots of carnage and is typically more fun to watch than the Indy/IRL/ChampCar parade of high-powered wing-equipped spec-chassis ‘race-cars’ held later in the day.  This 1995 Toyota Celica race car dates from the 1995 ProAm race and is for sale in Ramona, CA for $4k buy-it-now on ebay.

First – we have to apologize for the photos – it’s really hard to tell what is going on in the exterior shot – they seem to have been taken with a cell phone camera, printed on a postage stamp and scanned in 1985.  But it shows what looks to be a TRD prepared 1995 Celica – complete with some ProAm celebrity body damage.  The 1995 race included Cameron Diaz, Anthony Edwards (Goose from TopGun), Mark-Paul Gosselaar (Zach Morris), Jason Priestley (90210), Matt LeBlanc (Friends), and won by Alfonso Ribeiro (Carlton from Fresh Prince of Bel-Air) but the driver of this car during the actual race was Grant Snow (Jake on Melrose Place).  We’d prefer the Cameron Diaz car given the choice – but at least the price is right on this one. 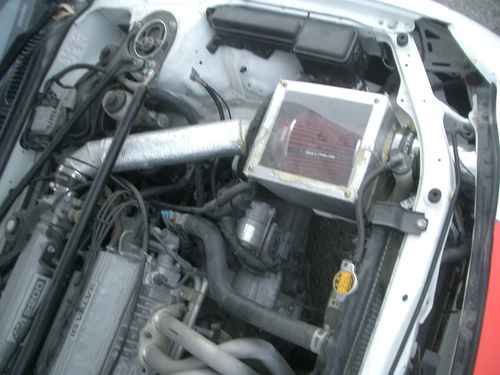 The 6th generation Celica would be powered by a 3rd generation 3S-GE 2.0 liter inline 4 making 168 horsepower in stock trim – probably a few more in non emissions choked ‘race’ mode, probably around 200 hp.  Power is put to the front wheels via a 5 speed manual transmission. 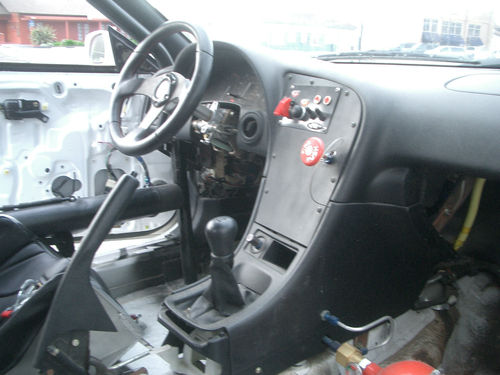 Inside the Celica is all business with a gutted interior, rollcage, fire suppression system – etc.  We really wish there had been a few better pics of this little racer, but we assume it would look something like a more tarmac friendly version of the Toyota Celia GT rally car pictured below.

All in all, this ex-celebrity racer seems to be a great value and a super cheap way to get into amateur racing with an already prepped vehicle – which will save plenty of headaches and dollars along the way. If you have any more information on this car, or better pictures, feel free to send them to DT!