DT How to Buy a Used Car: Step 1a. Value Matrix

DailyTurismo Uncategorized How to buy a used car, Value Matrix 4

We assume our readers are car nuts like us, and if that is the case then we know it can be difficult to decide which type of
car you should choose for your next daily turismo. Automotive ADD is a spectacular
thing and lets you appreciate many different makes, models, body styles,
vintages, ad infinitum. But when it’s time to narrow down your list of
potential vehicles and start focusing on one or two models, it can be a tough proposition for some.

However, we have found a nerdy but effective way to parse out the lame ducks and bring the winners to the top of the list: a scored selection spreadsheet that we call the “DT Value Matrix.” This might sound intimidating but is really just a way to assign numerical scores to the attributes that are important to you in your next car.

As an example, let’s say you have equally inexplicable desires to own
any of the following three cars: a 1985 Volvo 240 turbo wagon, a 1992
Volkswagen GTI 16V, or a 1988 Mazda 323 GTX. You want a budget friendly,
fun-to-drive vehicle with a rear hatch, but can’t decide between these
three. It’s time to ask yourself what your priorities are: ultimate
power for hooning or fuel economy for commuting? Low end torque for
entertainment value, or a low, low price for a nice example? It may seem
impossible to put a number to these attributes and make an informed
decision. That’s where the DT Value Matrix comes in. Using the resources we’ve
listed above to find data on the cars you like, start plugging those
numbers into the matrix. We prefer an Excel spreadsheet but
there are many similar (and free) programs that can perform the same
functions.

Make a row for each car you’re considering. Then a column for the
average price for a good example of each (found on kbb.com, NADA.com, or
ebay searches for completed listings). Populate more columns with
things like power, torque, weight, drive type (rear, front, or all wheel
drive), fuel economy, type of fuel required, 0-60 times, 1/4 mile
times…whatever you think you’ll value in your next daily
turismo.

Then start assigning values to each parameter. For example, if
you prefer a RWD car, then AWD, followed by FWD as your least favored
preference, assign these values of 5, 3 and 1, respectively. This way
any RWD car automatically scores higher than an otherwise similar car
with AWD or FWD. Of course, you can arrange the scores however you deem appropriate based on your own personal preferences.

If you think light weight is conducive to decent fuel
economy and tossability (aka fun-to-driveness) – you would be right, so
assign the lightest car a 5, with the next lightest getting a 3, and the
heaviest a 1. Do this for all of the parameters you’d like to use to
score these cars, and then add up the scores in the end to find the
winner.

Let’s look at a sample spreadsheet using our three example cars above, with data filled in and scores assigned.

In
the columns visible above, you can see in addition to drive type, we’ve scored the age of the
car with youngest getting a 5 and oldest getting a 1, and an average
price figure as well with 5 being cheapest, and 1 being most expensive. The VW and Mazda both get scored as “1”s on price because of
the way we have set up our scoring formulas. The sheet automatically
takes the range of values you entered, divides up that range into five equal slices,
and then assigns a score based on which slice the individual value falls
into. So since the VW and Mazda both fall into the highest-priced
range, they each get the lowest score possible.

Moving
on, we’ve included power and torque (and the respective engine speeds
at which they peak) but haven’t scored based on these values directly.
They are included for our own reference and also to calculate the
composite weight to power ratio. That’s right – no matter how much car
blogs and magazines talk about “power to weight” ratios, the numbers
they actually publish are weight/power. Of course vehicle curb weight is
needed as well, and then a simple equation is plugged in to Column O to
divide weight by peak power.

Because
a long commute was a stark reality for this editor when the matrix was
conceived, fuel economy and (more importantly) cost per mile was
included. We’ve taken the EPA estimates for city & highway mileage,
then the current cost of fuel and calculated an average mileage and fuel
cost per mile to drive the car. Of course, you could use a friend’s
real-world mileage estimate instead of the EPA’s, which would likely
prove more realistic if said friend has similar driving habits to
yourself. The last attribute is 0-60 times, and then the blue score
columns are summed up to arrive at the grand total for each car.  A version of this spreadsheet is available in google docs format by clicking here.

OK,
so the GTI won in our little example. Well, let’s say you really don’t
want a wrong-wheel-drive car even though it was initially a “maybe.” No
problem; just pick the runner-up. Can’t find a clean 323 GTX (we’re not
surprised) or really want that 240 wagon anyways? Fine – just ignore the
results altogether! The total scores are highly dependent on the
characteristics that you deem important, so the final result will inevitably be biased. This matrix does
help if you don’t have a strong leaning towards any particular finalist
vehicle on the list, or if all of the vehicles are very similar. It
will also uncover duds – the ones you thought might be cool, but really
suck in comparison to all of the other sweet rides you have your eyes
on. It’s really as simple or complex as you choose to make it! 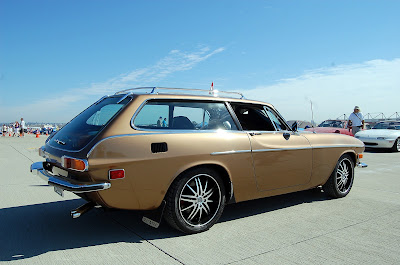 To go back to the main How to Buy a Used Car article, Step 1: Research, click here.