Are you an aspiring movie producer? Working on a period ’60s Japanese flick – maybe a “reimagining” of You Only Live Twice? Can’t afford a 2000GT and need a little basic getaway kuruma for the good guys to flog while fleeing from the Yakuza in their sinister black Crowns? Look no further! We’ve found a perfect 1970 Toyota Corona 4-speed sedan, a fully restored example with only 1024 miles on the odometer that will suit the job just fine – even if you’re just pretending to be chased by gangsters. It’s advertised here on AutoTrader Classics in Santa Maria, CA for only $4900. Hai! This little RT40-series looker is from the Corona’s 3rd generation and was a midsized competitor to Nissan’s Datsun 510 here in the states. While the 510 has a racing history and is known for being tough yet nimble, the concurrent Corona is known for…having a front end that looks like an electric shaver. The official/unofficial nickname of this model is barikan which translates to clippers or shaver, and we agree – we get the inexplicable urge to rub our heads against the grille whenever we see one… 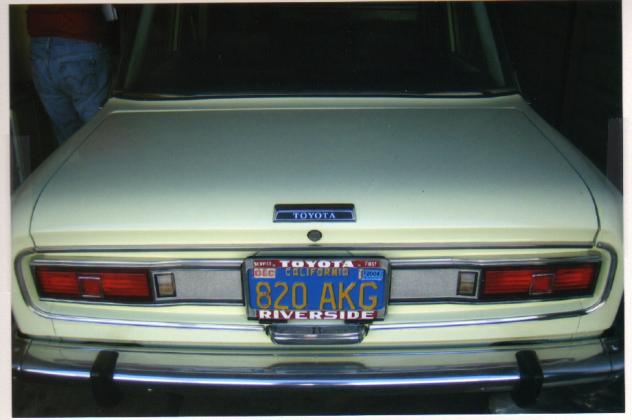 Be that as it may, we actually prefer the Corona’s styling to the 510’s. Maybe it’s because the whole car just seems to flow better – the 510 is a classic for sure, but the front & rear ends do not seem to quite ‘gel’ the way we would hope. The Corona’s rear styling is just as neat and tidy as its front though, and almost looks futuristic in a retro-Jetsons context. The Kamm back blunt tail with the smiling chrome trim outline is clearly related to the 1st-generation Celica, but is also distinctly its own thing. We like! This particular Corona is neither a Mexican beer nor a solar atmosphere made of plasma, but it’s just as hot, in a cool way. Toyota blessed this little car with a name meaning ‘crown’ in Latin; fittingly, the restorer of our particular pale yellow Corona treated it with services fit for a king  – or maybe a crown prince. The text of the ad is brief, but we would guess the car is not being sold by the person who restored it, since it looks immaculate yet it has clearly been in storage for some time. We’d love to hear the story of how it came to be so nice, and why it has so few miles on it – perhaps the restorer is no longer around to enjoy their masterpiece. 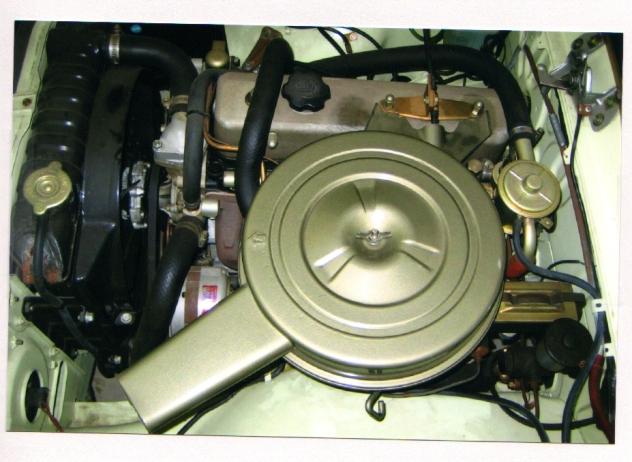 The engine bay looks just as tidy as the interior & exterior, with freshly plated and painted parts and nary a trace of grease or grime. The trans is a manual 4-speed, and we think the engine is the 7R. If that is the case, it is a 1.6L four with a single two-barrel carb making 85 hp and 90 lb-ft of torque. Compression is a subterranean low 8.5:1 which makes us think this engine would respond well to boost if the next owner is inclined towards experimentation! The best bet is probably to leave this baby stock though, as its restorer clearly preferred. With the pale yellow paint and contrasting black vinyl top, the buyer would be the talk of their town…at least amongst vintage Japanese car nerds. Glaaayven.

What do you think – does this vintage barikan deserve to graze your scalp for less than $5k? Better use some Lectric Shave!