The Chevrolet Corvair was a compact economy car produced during the 1960s, known for its aircooled rear engine setup and propensity for questionable handling.  The second generation Corvair fixed many of the suspension woes of the first car – but not before the damage done from Ralph Nader’s scathing indictment of the automotive industry put the Corvair under GM’s axe – the last one rolling off factory lines in 1969.  This 1965 Chevrolet Corvair is for sale on ebay in Chicago, IL, currently bidding at $1025 reserve-not-met, but $8k buy-it-now. 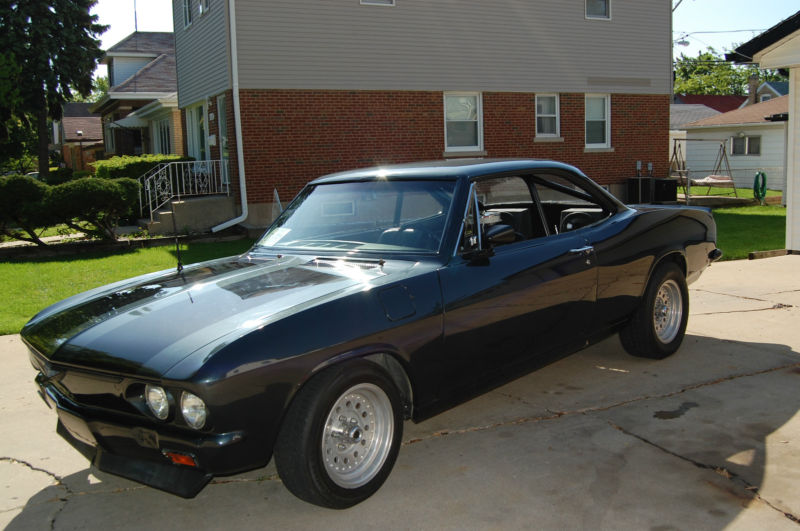 This Corvair is not a stock, original, clean example, but has seen a number of cosmetic alterations – including a bumper-less front end, aftermarket Centerline-style wheels and a roll-cage.  Its also got a subtle two-tone paint job on the hood – but it looks okay if you like the later style Corvairs. 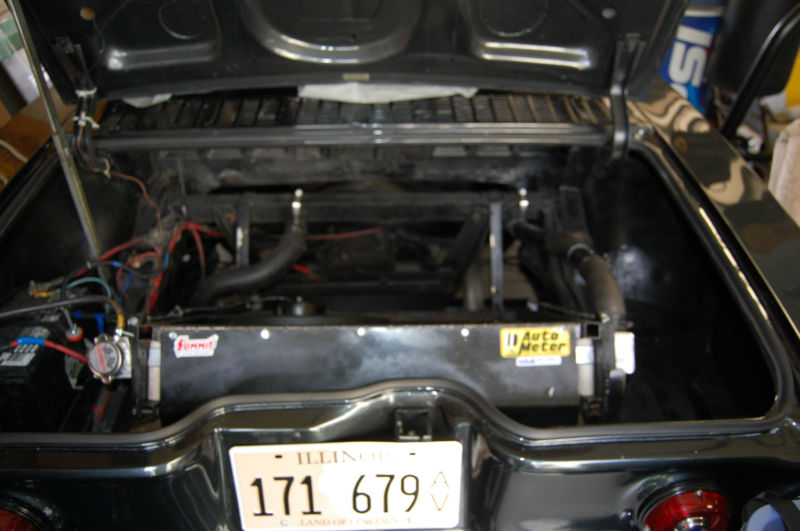 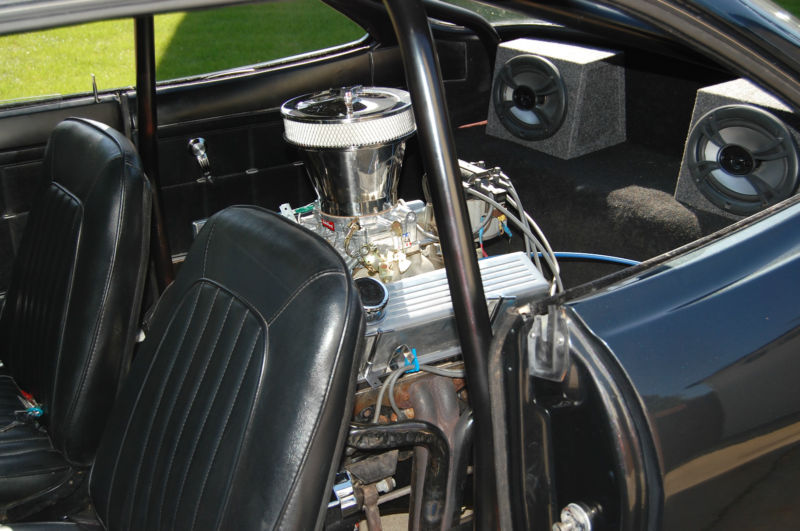 In the words of the immortal Kingfish “Holy mackerel Andy!” – the rear seats have been replaced by a small block chevy V8.  This is a mid-engined Cortera (Panvair?) sporting a small block Chevy 350 (bored 0.030″ over to make it a 355) carburetor fed V8 with an aggressive cam, intake, and headers pushing out something like 400 horsepower…in the back seat.  Not..in an enclosure in the back seat…literally sitting where you’d put your kids or the dog.  We can’t imagine why you’d need speakers on the rear deck… there is now way you’ll ever hear your Whitesnake album over clicking lifters, whooshing intake and slapping pistons. 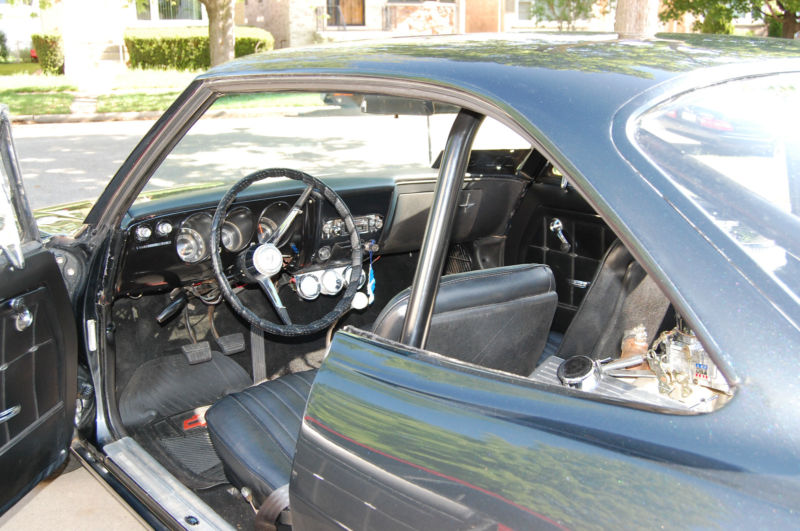 Inside the Panvair – its all business…since we can’t really get away from the 7000 rpm spinning bits 6 inches from your 80s rocker hair.  Seriously – you’ll need to trim your mullet to avoid getting scalped by the v-belts and we can’t even describe the racket that this will make under full boil.  Oh yeah – the seller mentions a small exhaust leak in the headers – so look forward to getting burned by hot exhaust if you first don’t die from CO poisoning.  Some cars have ‘suicide-doors’, this one has a ‘suicide-mounted’ engine. 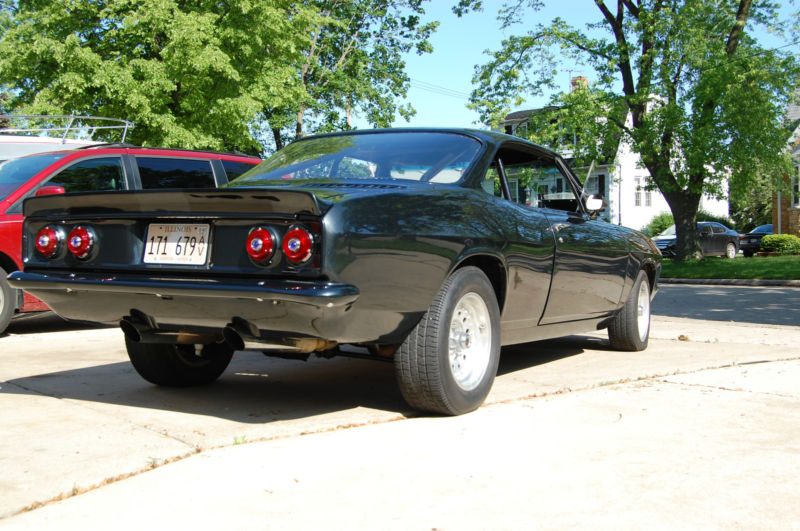 All kidding aside we LOVE the idea of driving around in a ’60s icon for automotive danger with an insane V8 swap…but we aren’t so sure about the non-covered engine.  It just seems like its an un-tightened water pump pulley away from making the driver join an elite club of racing legends such as Ayrton Senna and Dale Earnhardt Sr. by dying from a basal skull fracture.

What do you think – does this Panvair belong in your garage or would you find one that is just a bit more stock?