In 1977 Pontiac released a special edition of their mid-sized LeMans known as the Can-Am and only available as a 2-door coupe.  Internet data pegs the total production at 1377 units in the only model year they were sold, and the last one we featured was a $20k beauty.  This one is a little bit rusty and lot bit junky, but the price is right.  Find this 1977 Pontiac Can-Am Lemans Sport Coupe offered for $6,500 in Blue Springs, MO via craigslist. Tip from Lee. 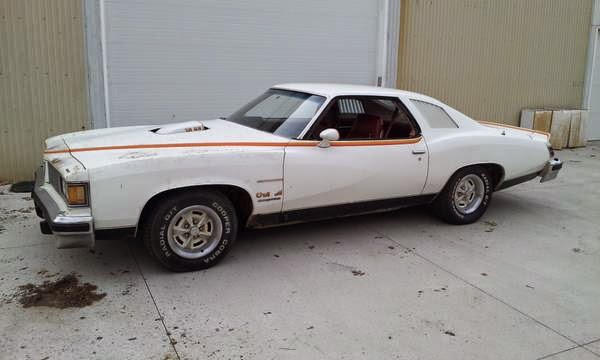 If you believe an old codger who sold these things when new (DT’s own Hunsbloger) the reason so few Can-Ams were produced has less to do with Pontiacs assembly line and more to do with buyers not plunking down the cash at the dealer.  The truth is they were a tough car to sell at the time because they were
an
ultra niche..even for Pontiac.  They were essentially the same idea as
the GTO, but without the cachet of the GTO name (further confounded by Pontiac’s odd decision to drop the GTO in ’74).

The Can Am was essentially just a tarted up LeMans but it was the
original GTO formula, offered with their bigger motor and their Pacific Southwest Airlines colored stripes.  At the time Can-Ams seemed decent for a ’77 but their
lack of color
choice left them as a love it or hate it car, because Cameo White was the
only option.  Problem was, the buyers in the market remembered the original GTO
very fondly, but some respected how quickly the A-body Grand Am filled the
void, so back to big-bucket-o-badges ™ and voila…Can-Am! 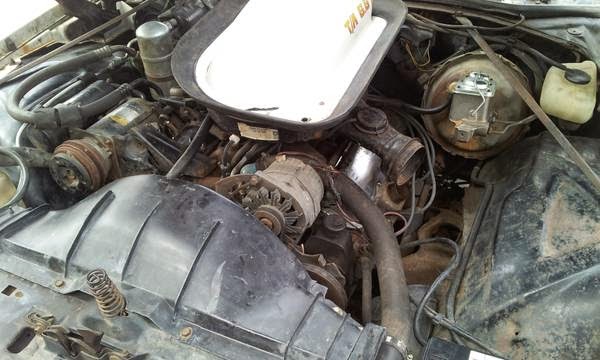 The 1977 Can Am is powered by a tarted up version of the
Pontiac 400 cubic inch (6.6 liter W72 T/A) V8 that made 200 horsepower
when new.  Expect 0-60mph in about 10 seconds and fuel economy somewhere between a cruiser and a destroyer at full steam.  The T/A 6.0 seen in the above picture means this car has the Pontiac 400, whereas Olds 403
equipped cars would have 6.6 LITRE inscribed on their shaker hood
scoops. 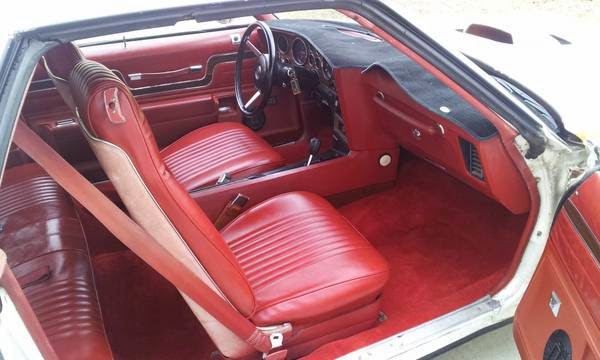 Internet legend states that the mold to produce the fiberglass rear
spoiler broke 6 months into production and the Pontiac upper management
that was already spooked about cannibalizing sales from the Grand Prix,
so they decided to can the Can Am with just about 1300 cars produced by
that time.  For all the exterior issues this one has, the inside isn’t too bad. 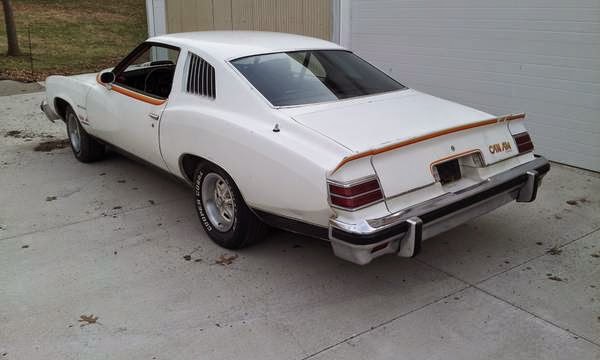 See another car that should be driven as a survivor instead of getting a concours restoration? tips@dailyturismo.com