The Pinzgauer is a high mobility all terrain vehicle named after a breed of Austrian horse and will climb hills like it
has 4 legs.  The 710k is one of the common members of the family of 4X4 military vehicles built from 1971 to 2000 by Steyr-Daimler-Puch AG in Graz, Austria with the Pinzgauer name on it.  Find this 1983 Pinzgauer 710K offered here on eBay 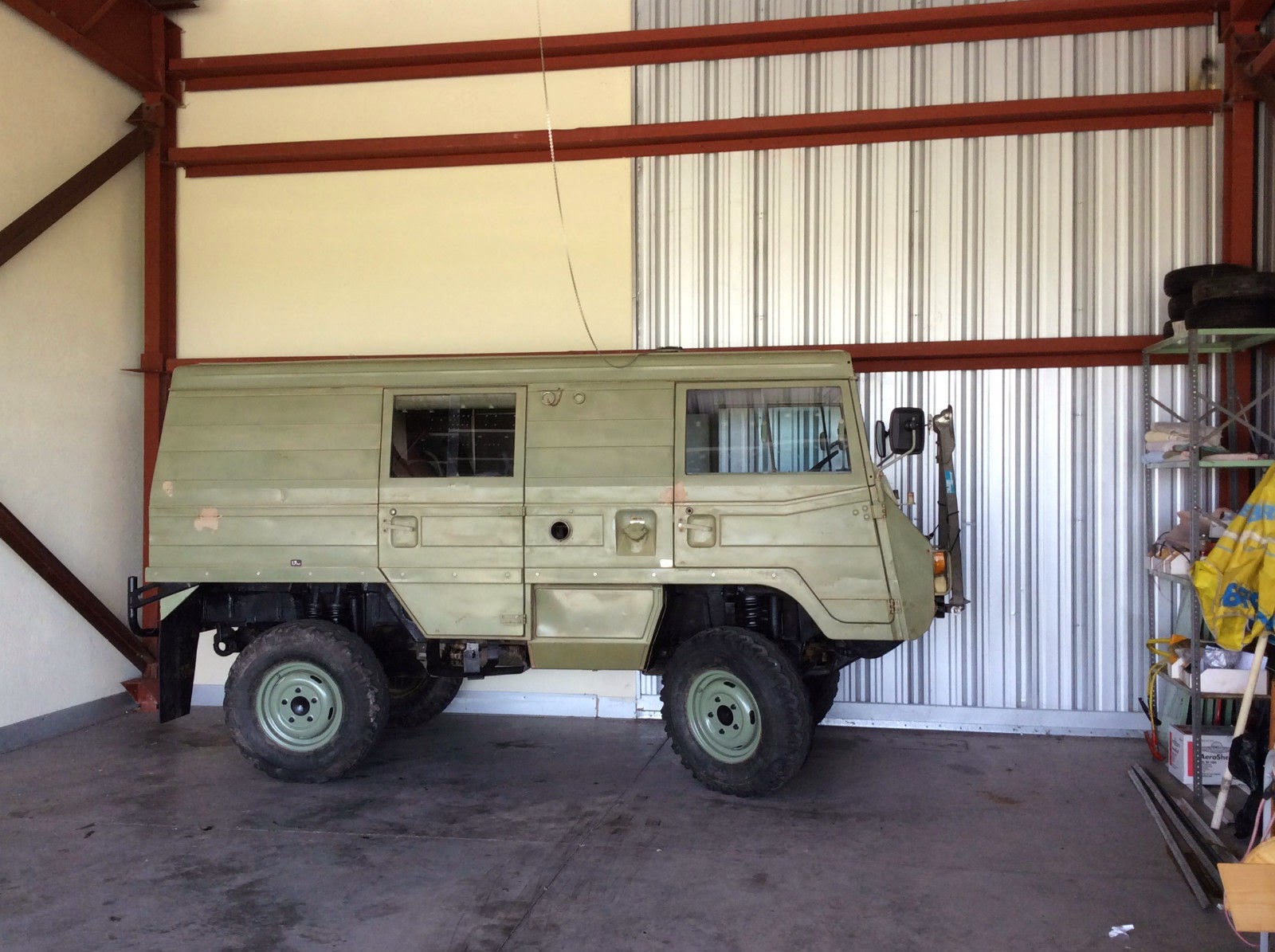 The 710K denotes a 4X4  model (712 models are 6X6) with a hardtop
station wagon style setup (M is soft-top 10-passenger, T is flat bed and
AMB are ambulance varieties).  Out of all the Pinzgauer setups it is
the most friendly for a lunatic who wants to drive this every day.
Seriously, if you had a short commute how is this any different from a
Land Crusher or HD pickup?  Other than being better in every way, of
course. 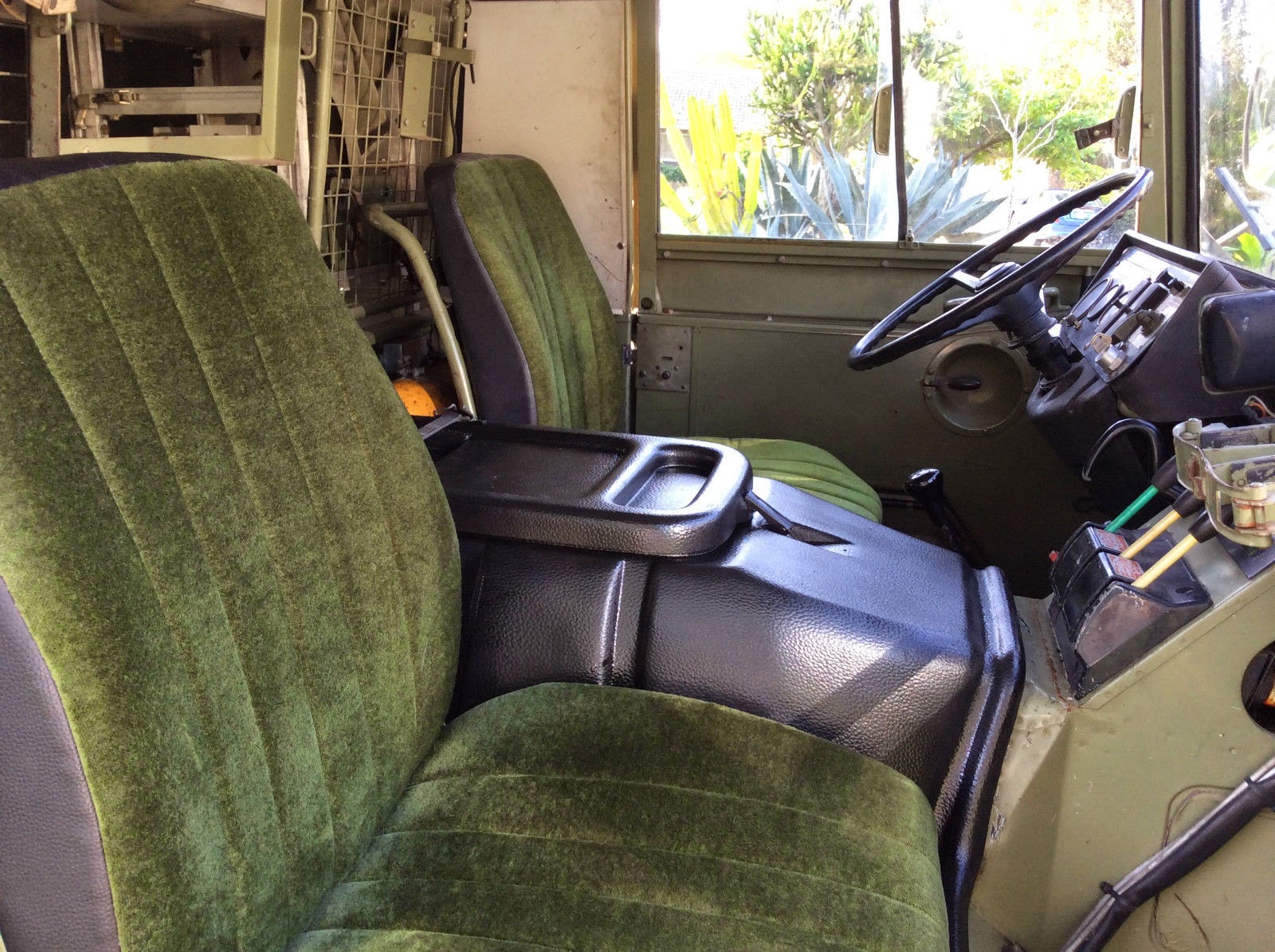 Under the hood is a 2.5 liter air cooled inline-4 cylinder gasoline engine that will push out 87 horsepower and 133 ft-lbs of torque.  It isn’t the fastest thing on the road, but the air cooled engine is durable and easy on fuel compared to most military vehicles.  The wagon (K) variant can come equipped with two rows of center facing bench seats in the back for 10 passengers (including driver) but this ones has a bunch of racks and crap in the back for storage. 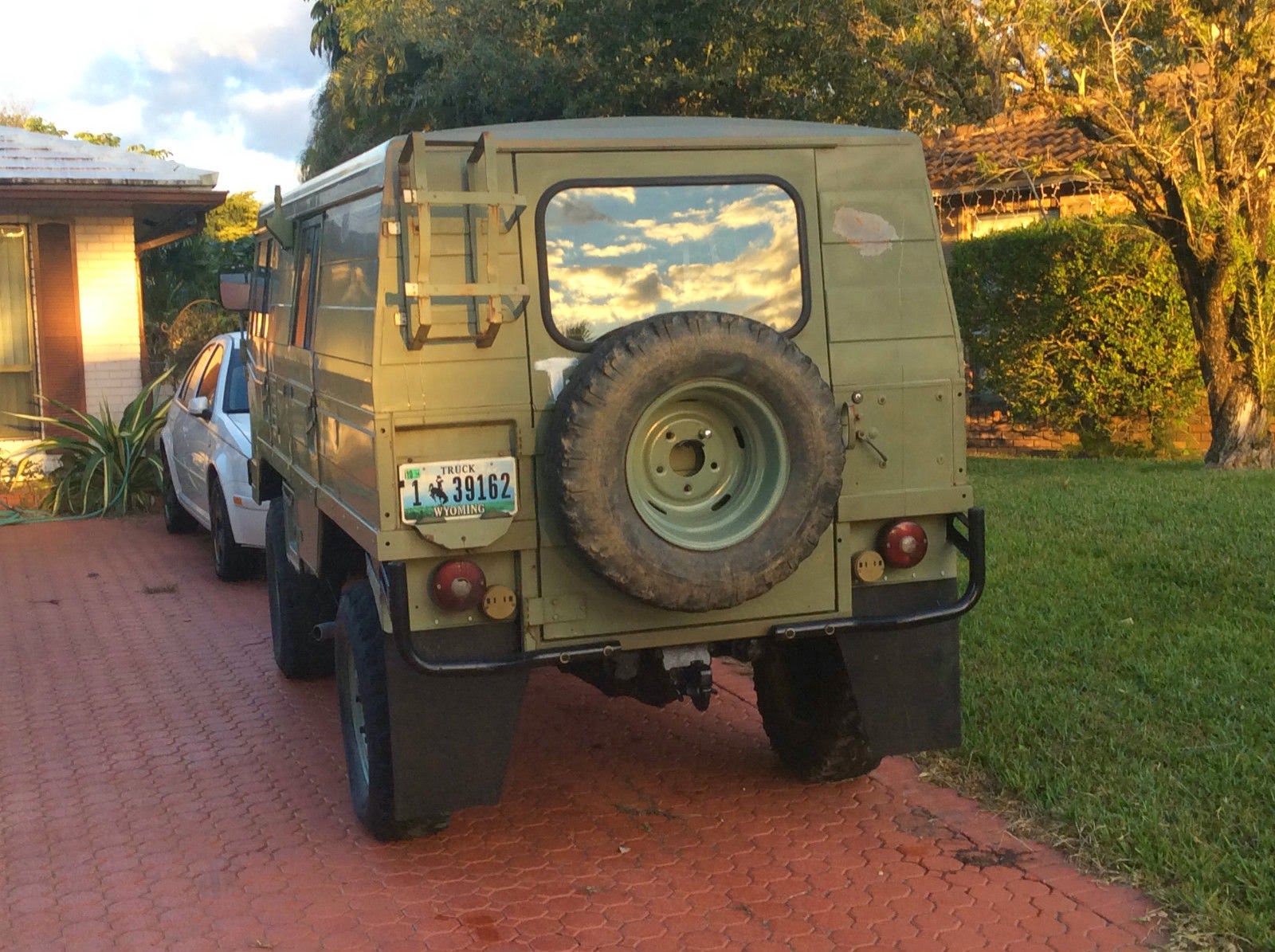 See a better car when you need to park wherever you want? tips@dailyturismo.com