The California vehicle code is a strange and complex beast.  There are all sorts of arcane rules related to engine swaps that require “factory” location of original catalyst that make swapping that LS1 into car XYZ a royal pain.  However, there are a few loopholes that Cali gear-heads have been known to take advantage of.  The first is that pre-1975 cars (and pre-1998 diesel cars) are totally exempt from bi-annual or title transfer emissions inspection, and the second is that electric hybrids of any year are exempt from smog testing.  This means that you are free to swap a Harley-Davidson V-twin into the front of your Toyota Prius and drive it around on the street…which is exactly what the 24 Hrs of LeMons genius/madman named Spank did.  Find this 2008 Toyota Prius ToyoHog Harley-Davidson

currently bidding for $2,147 reserve-not-met with a few hours to go in Escondido, CA via ebay. 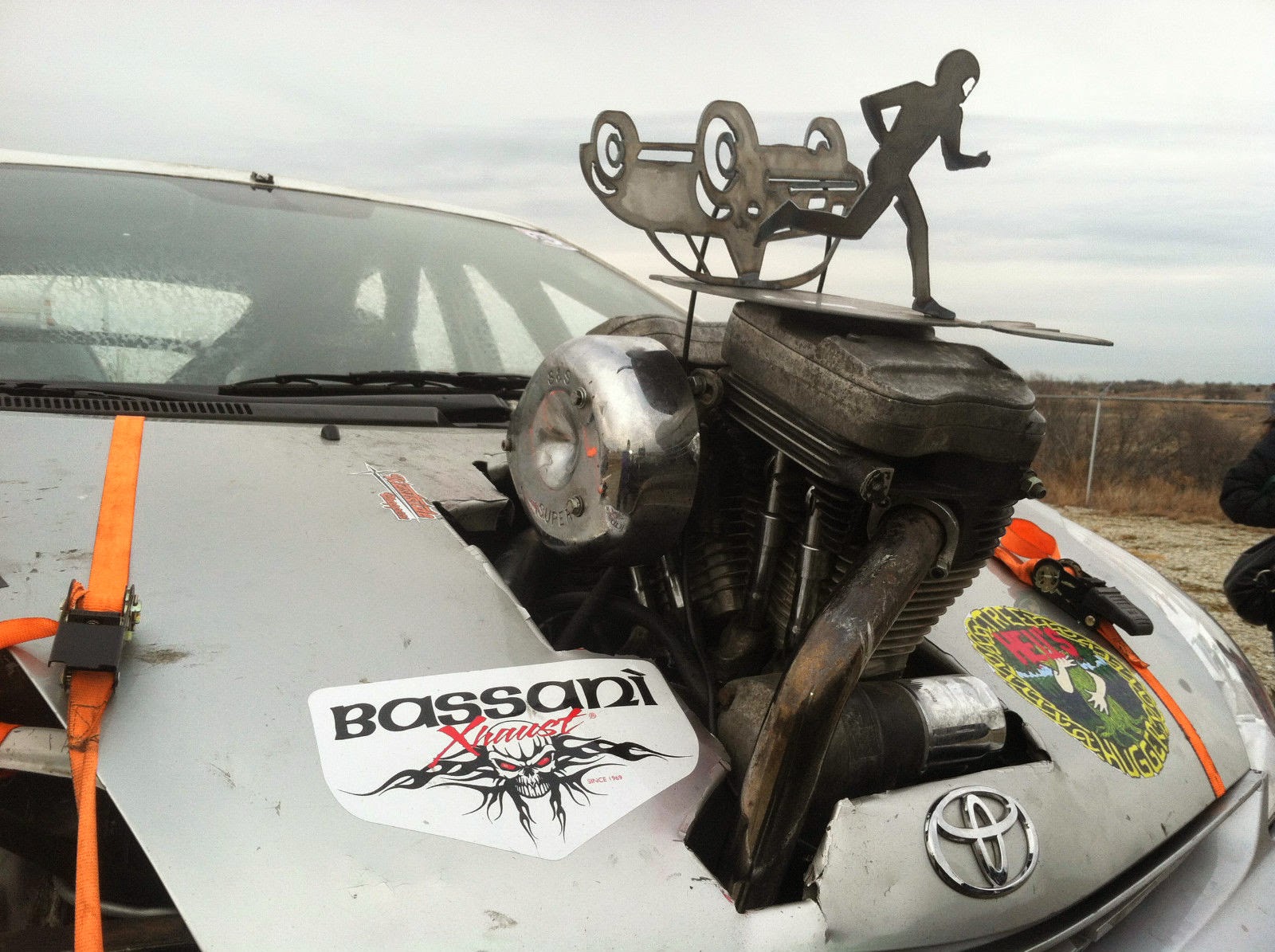 If you aren’t familiar with 24 Hrs of LeMons, let me give you a quick primer.  Started in 2006, the endurance road race series features a $500 maximum spend (excluding safety equipment) and cheating can be offset by horribly slow cars (Spank, Speedcop) or racers dressing in drag (Eyesore Racing).  This 2008 Prius is the first and only motorcycle engined Prius that has raced in LeMons that this author is familiar with…but there are a lot of LeMons races and a lot of lunatics in the world today.  Pics of the ToyoHog build can be found here. 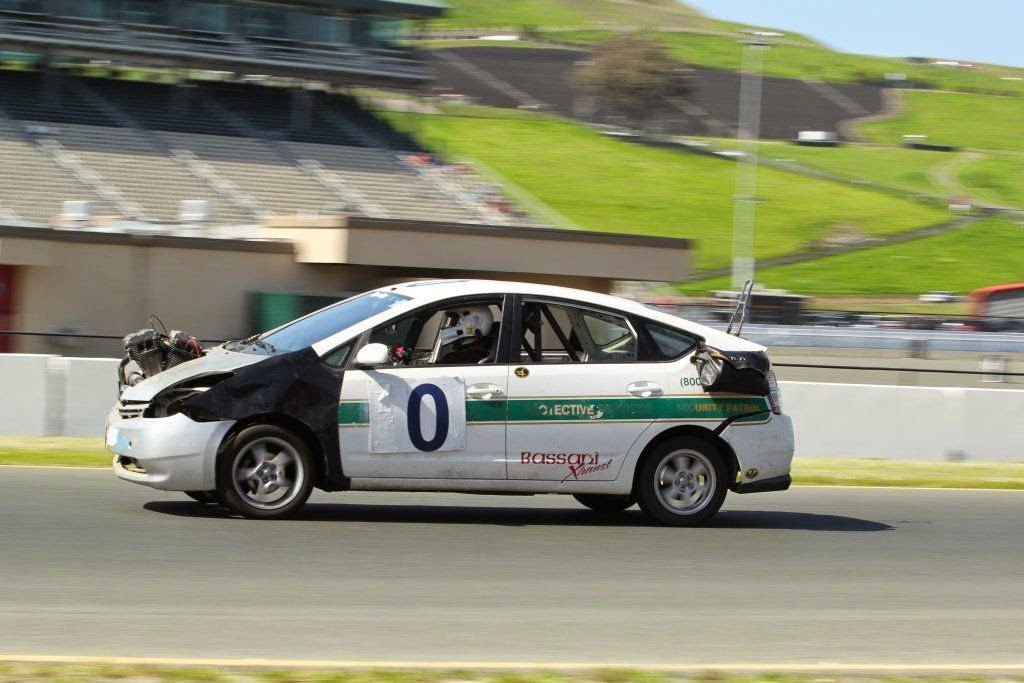 It isn’t the getting passed that will drive you insane however, it is the vibration at redline in 2nd gear; check out the video around the 3:50 mark.  Yikes!  Another video here demonstrates the sound of the V-twin at pit speeds. 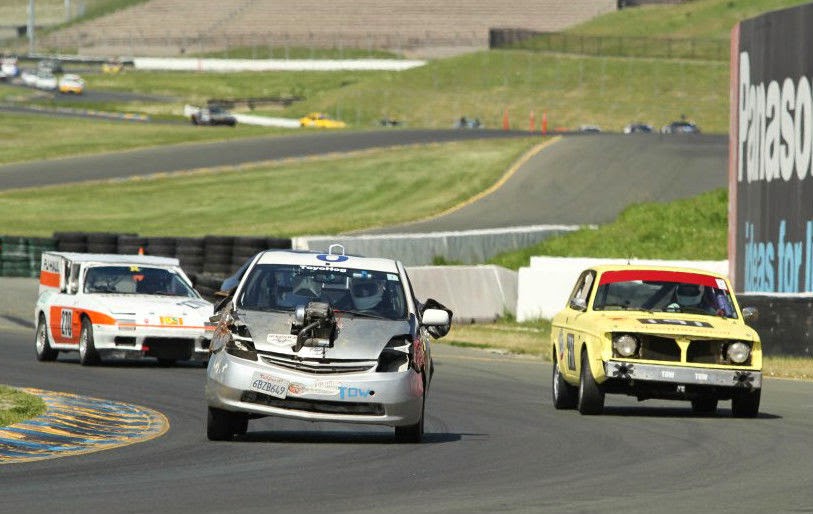 If you’ve never been on a track and always dreamed of doing it, this wouldn’t be bad way to get into the action and is certainly cheaper than building your own.  But if you want to go fast & pass people, get an E36 3-series…just sayin.  tips@dailyturismo.com