The BMW 840ci was subjected to live in the shadow of its hotter big sister, the 850i…
even though they looked identical except for tailpipes, had the same
technology, and were only 14 horsepower off. So this younger sibling and
its lighter engine did the only thing it could: hit the gym, hoping for
a chance to prove itself. Find this 1996 BMW 840ci with VF Engineering supercharger

for $8,850 reserve-not-met on ebay, located in Vienna, VA with two days to go.  Words by DT contributor slowcarSLOW-MPGlol. 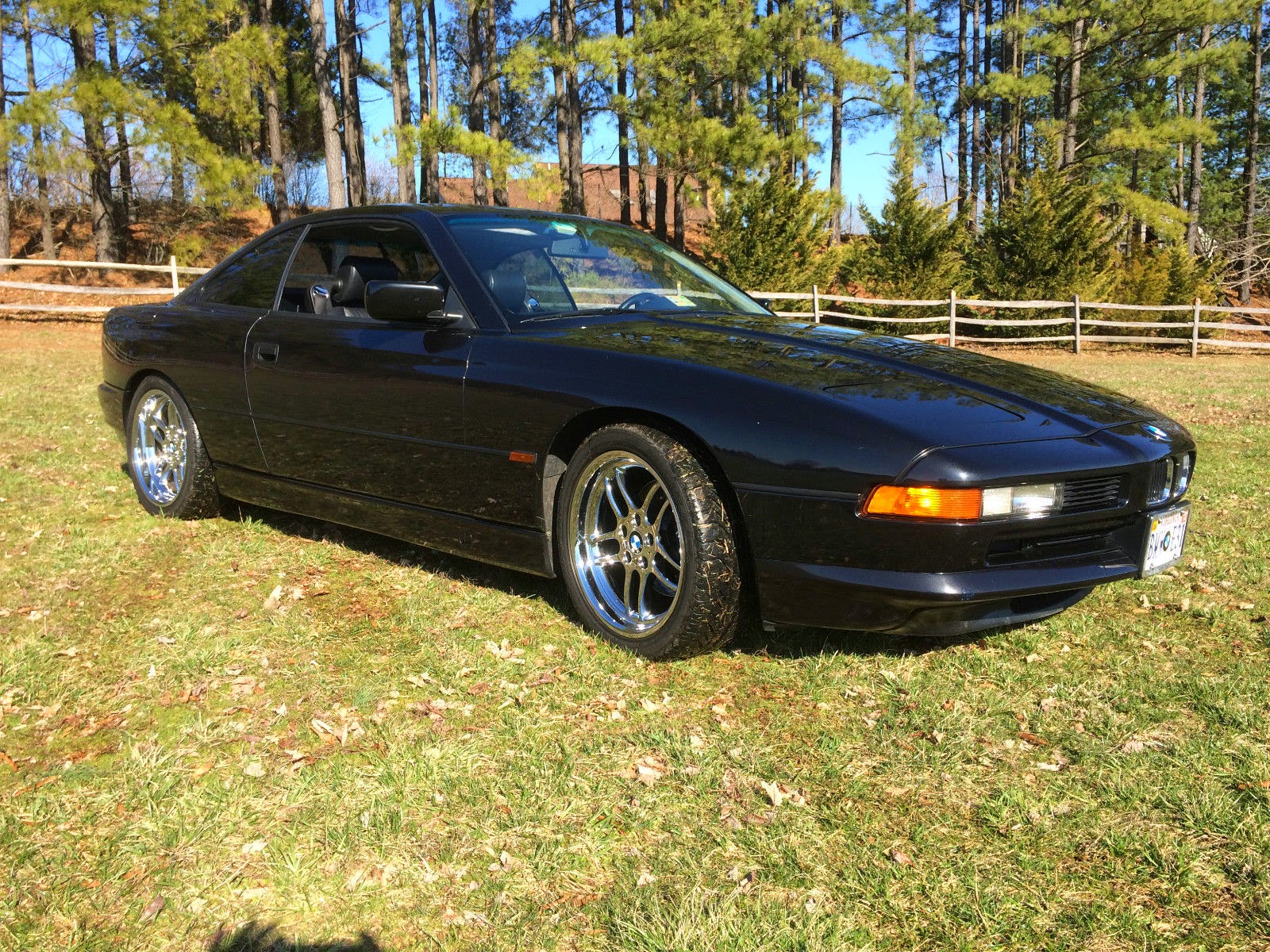 1996 was the first year of the torquey 4.4L M62 and accompanying 5-speed
automatic, replacing the plain 4.0L and 4-speed combo in the 1993-1995 models. With a V8 in the front-mid layout, like a Corvette, and a curb weight about 300 lbs lighter, anyone picking a V12 was operating on emotion rather than logic. Come on, the M70 V12 was the rarest BMW engine ever and was adapted to power the McLaren F1. No V8 matches the symphonic ferocity of a V12. Although this 420-horsepower 840i might change some minds. 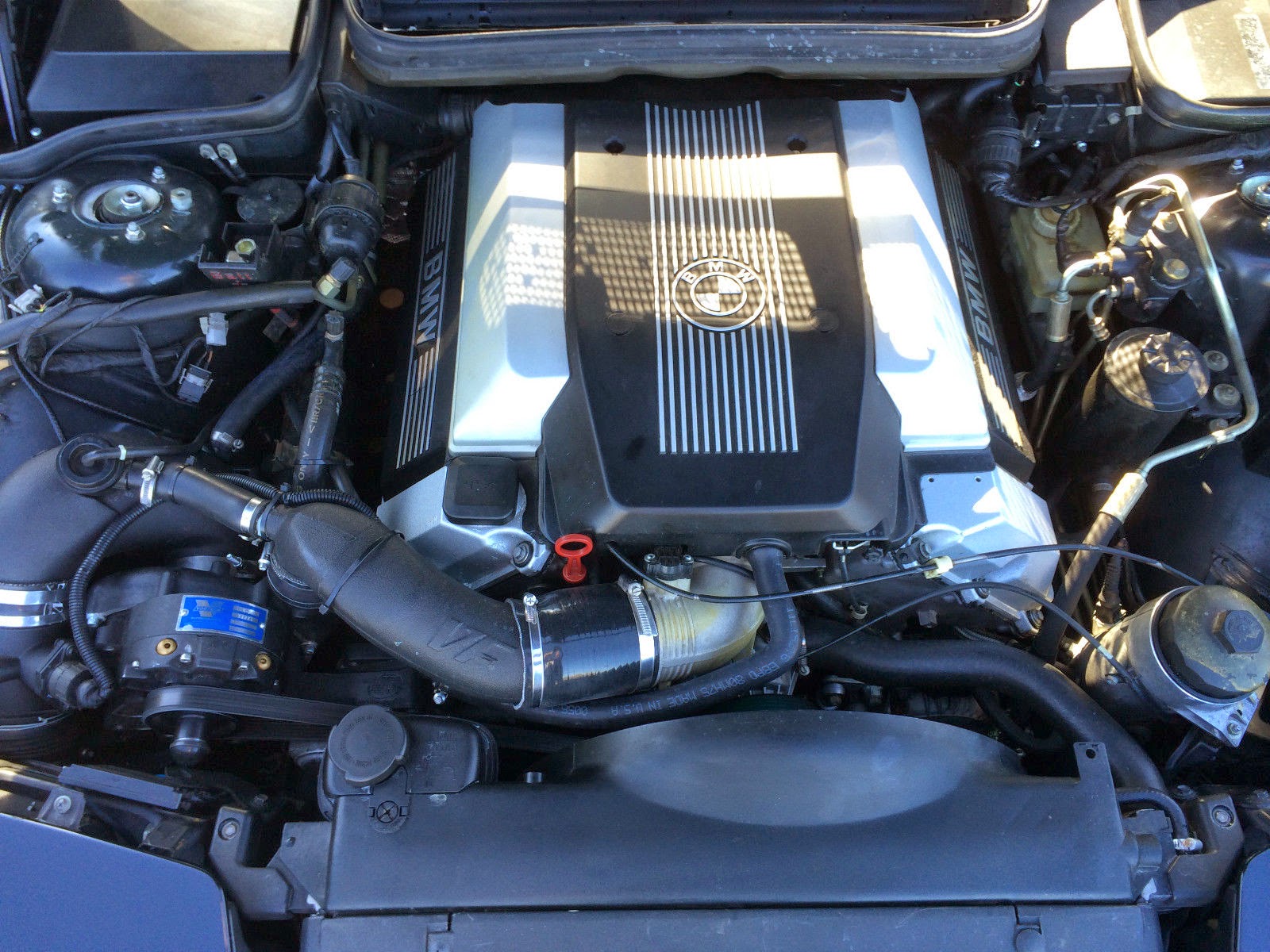 That output number is only an estimate from the seller, which is curious since the ad shows the car on a dyno. It’s a jump from 282 horsepower on just 6 psi, so don’t worry about overstressing the engine of this pillarless beauty. Other upgrades include all the best from Bilstein, Eibach, Brembo, and Kenwood. Low-profile
lights stuffed with low-beams, high-beams, and fog lights have been
replaced with HIDs to allow you to see into infinity. 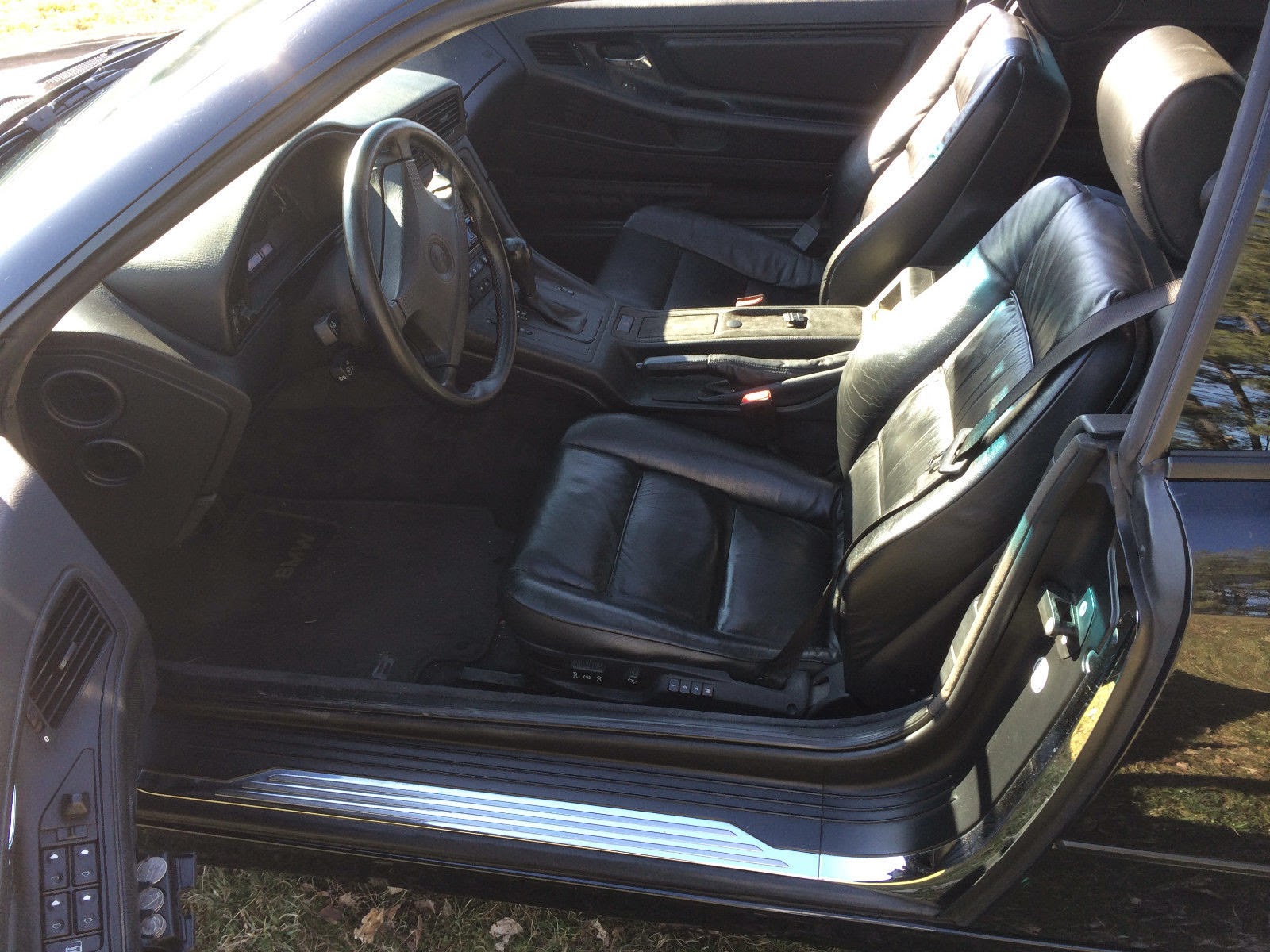 E31s and their upper-class repair bills are well within working-class sale prices. Buyer beware. You
can flip down the trunk-lid panel to reveal a factory toolkit, but it
won’t help you fix the transmission when it unexpectedly leaves you like
a dog in a country song. It was a complicated car, not unlike its
Jaguar, Mercedes, and Porsche competitors. Buyers got speed-sensing
variable power
steering and BMW’s first electronic stability control system that
disguised the car’s 4,000-lb weight. And when that all fails, is isn’t
cheap to fix. 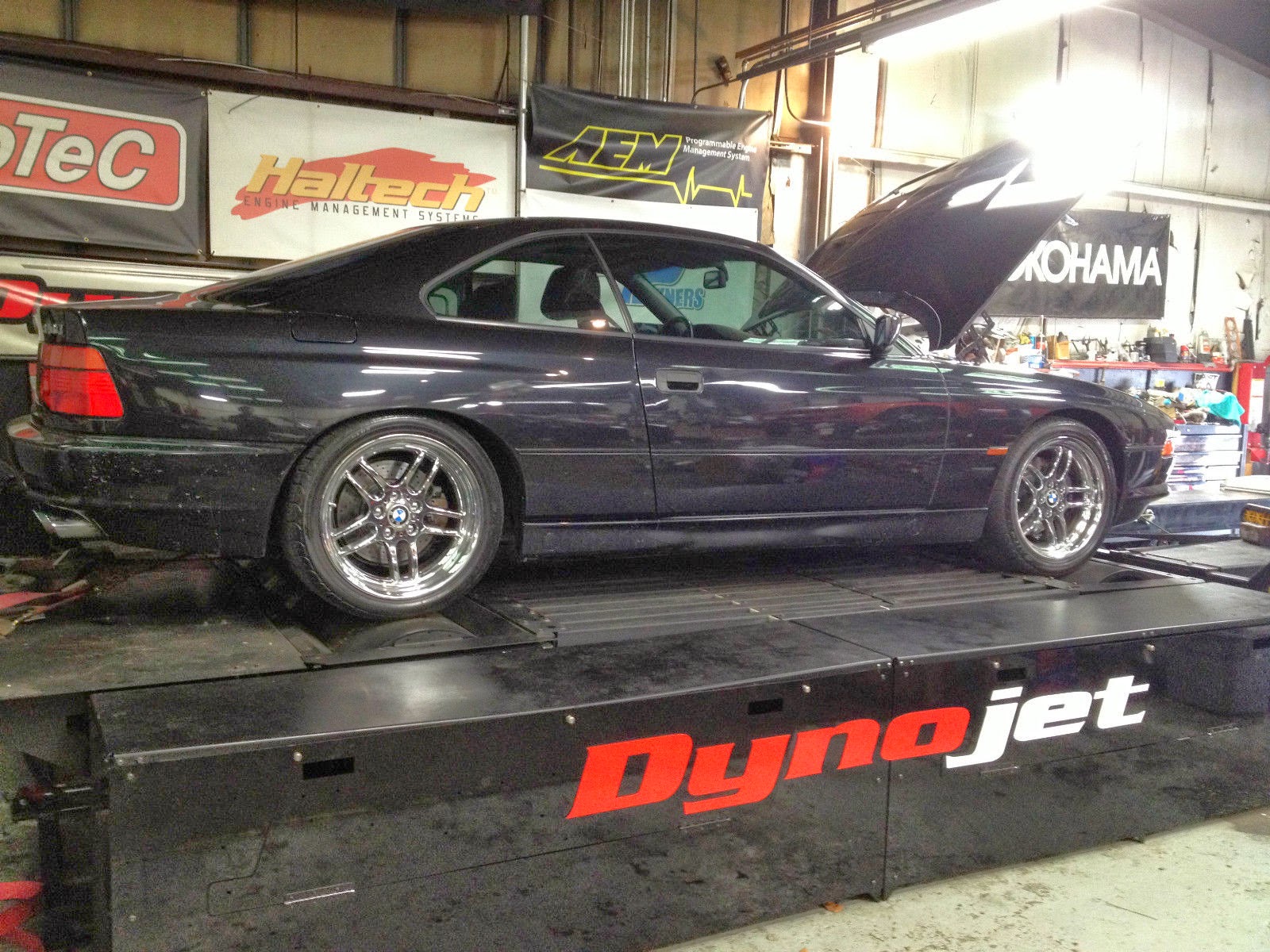 VF’s
kit itself costs $6,000. So you get a running 840ci with ample recent
maintenance and tasteful upgrades “thrown in” for about $3 grand. That’s
a great deal when compared to V12 versions in similar condition (of
course, ones that “need work” are a different story). You won’t be as cool as 850 drivers, but you’ll be faster, lighter, and look just as good. 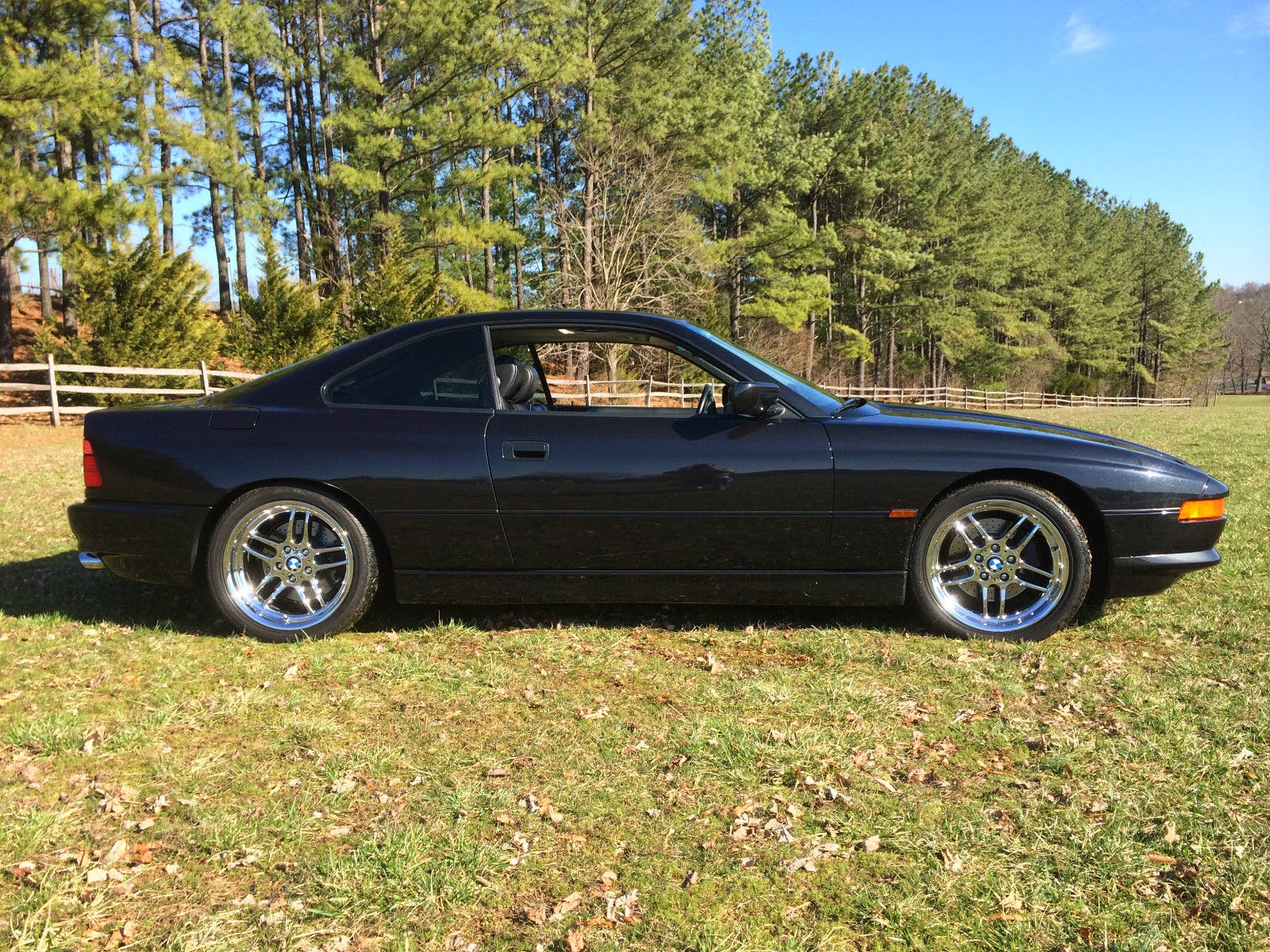 See a hotter version of a car that played second fiddle? Email us at tips@dailyturismo.com.