This next tip comes from DT regular commenter Tanj! who writes: From the stunning two pictures available
this looks like
a pretty amazing deal for a 5 letter….If I actually had
a use for it I’d probably
already have gone to look at it and bought it but I already have a
SA wide body project
and a FC daily.  Thought
this might generate
some interest in a larger setting. 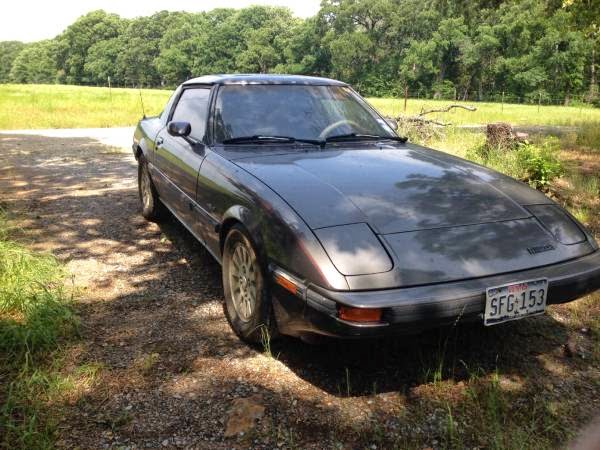 The GSL edition was the higher end RX-7 in the early cars and included
4-wheel disc brakes and a limited slip differential.  With the release
for the series III cars in 1984, Mazda added the GSL-SE, which used the
same GSL parts plus a fuel injected 1.3 liter 2-rotor Wankel engine putting out 135
horsepower and 135 ft-lbs of torque without the aid of forced
induction.  The free revving engine mated to a 5-speed manual gearbox
pushed the 2,300 lb 2-seater from zero to 60mph in 7.7 seconds. 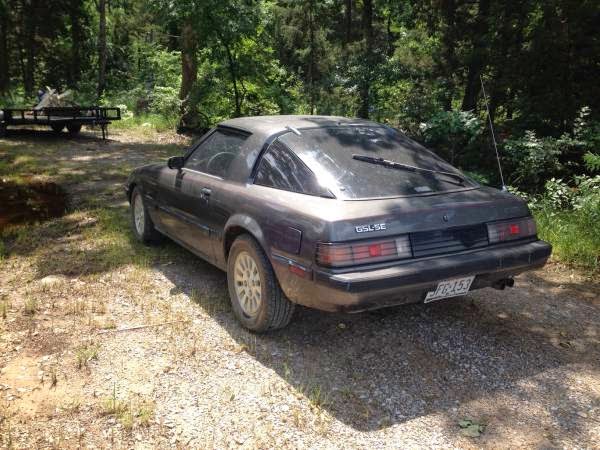 If this really is a “Mom owned” GSL-SE that just needs a fresh tank of gas and a wash, it will be well purchased at $2k.  If the apex seals are gone, budget for a full engine rebuild.  See another cheap classic that just needs a bath? tips@dailyturismo.com