The Volvo 700 platform was launched in 1985 as a replacement for the
aging 200 series but continued the boxy styling by Jan Wilsgaard.  The older 200 outlived the 700 by a
few years before everything was tossed aside for the front drive 850 and
the era of rear-drive (aka fun-drive) Volvos faded into history.  Volvo
enthusiasts call this model the 745, the 4 designating the number of
cylinders (technically should this be a 765?) and the 5 for number of doors, but this version has been modified for some mudding duties.  Find this 1986 Volvo 745 Wagon with diesel power offered for $2,200 in Lutherville, MD via craigslist. 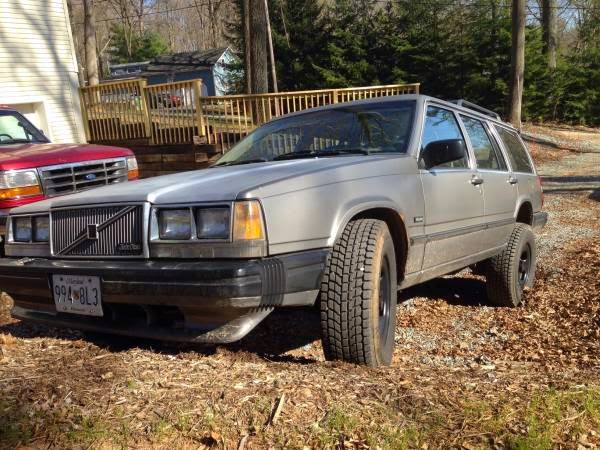 This Volvo has been modified by some owner in the past and now sits 6 inches higher than stock and rides on big Yokohama Geolander winter tires. The 700-series is a conventional rear-drive chassis, so no all-wheel-drive options were offered, so this car won’t be able to do much rock crawling, but the additional height will allow you to get much deeper into the woods before it gets stuck. 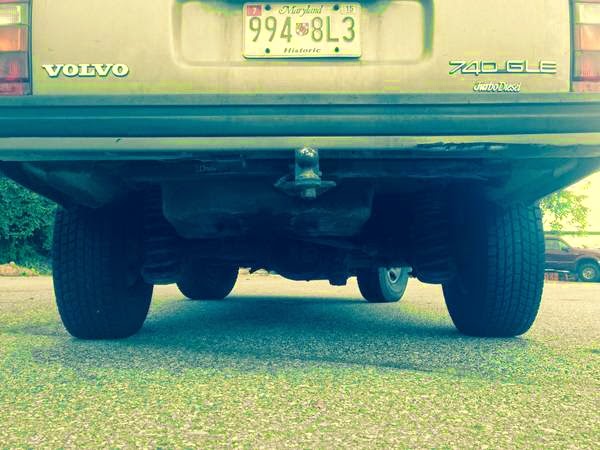 Power in the 740 diesel comes from a 2.4 liter inline-6 cylinder turbo diesel Volkswagen engine, the D24T.  The D24T is rated at 109 horsepower and is probably setup to puff black smoke in this lifted machine.  Start growing your bro-beard now because yer gonna want to roll coal in style with this thing. 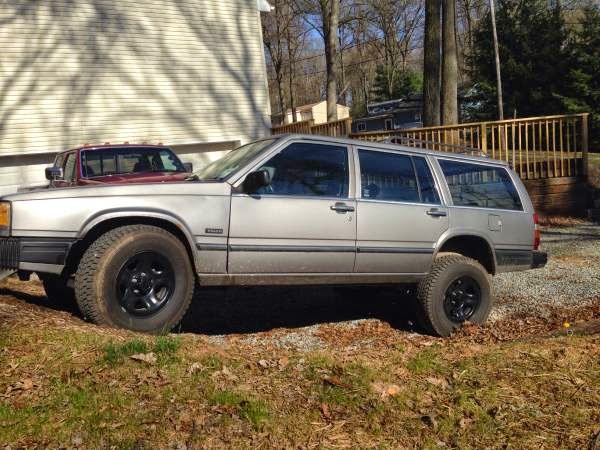