The Ford Maverick was released in 1970 as a successor to the soon to
be extinct Falcon and a cheaper pony car to the now heavy/bloated
Mustang.  It sold extremely well in its first few years of production
(619,000 Mavericks were built in 1970 alone) and lasted until Ford’s “Fox” platform was ready for the big time. Whatever the reason, it was always saddled with some second hand inline
6s or smog choked V8s and never given the full chance to shine, at least until owners got around to massing big power from V8s in the lightweight chassis.  Find this 1971 Ford Maverick with V8 Swap offered for $7,500 in Marshfield, MA via craigslist. 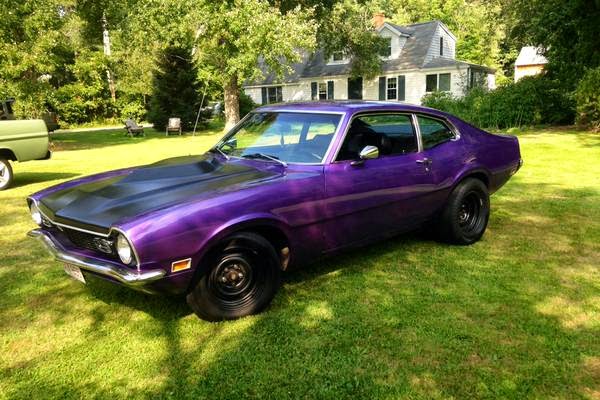 This Maverick isn’t just a case of a big engine thrown in the front, it is also covered in a shade of purple identified by the seller as plum crazy, which would have been a Mopar color.  It actually works on this car because it came from the same era as the crazy colored classics from Chrysler. 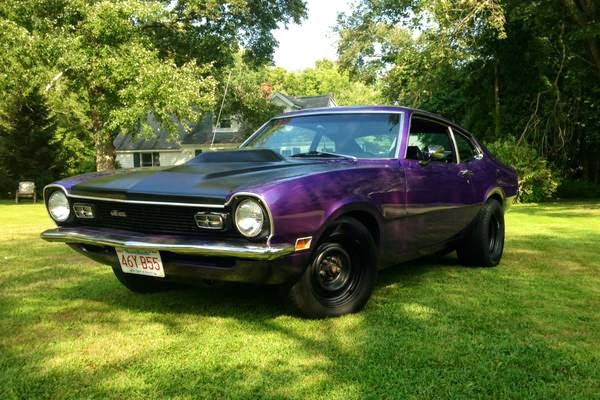 The engine is a 351 windsor V8 that has been massaged for additional performance; per the seller:

From the description, this looks to be a sharp looking strong runner. 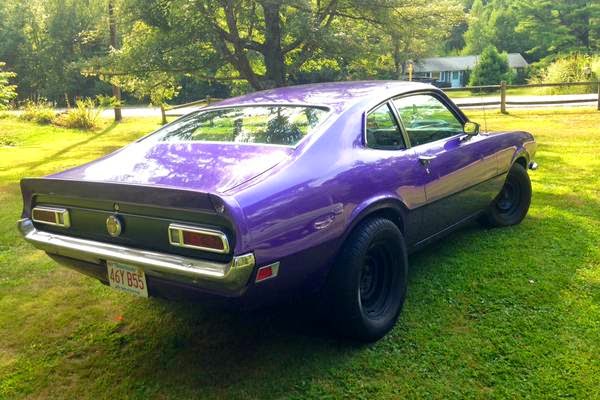 See a good car to share? Email us here: tips@dailyturismo.com