If the results of the Scottish independence referendum vote has you feeling sad and surprised that the descendants of folks who were willing to die for their independence aren’t even willing to vote for it, well we’ve got something to cheer you up!  It is a perky little descendant of Scottish built Linwood Imp — find this 1964 Sunbeam Hillman Imp

currently bidding for $5,500 reserve-not-met on eBay with 6 days to go, located in New Bedford, MA. 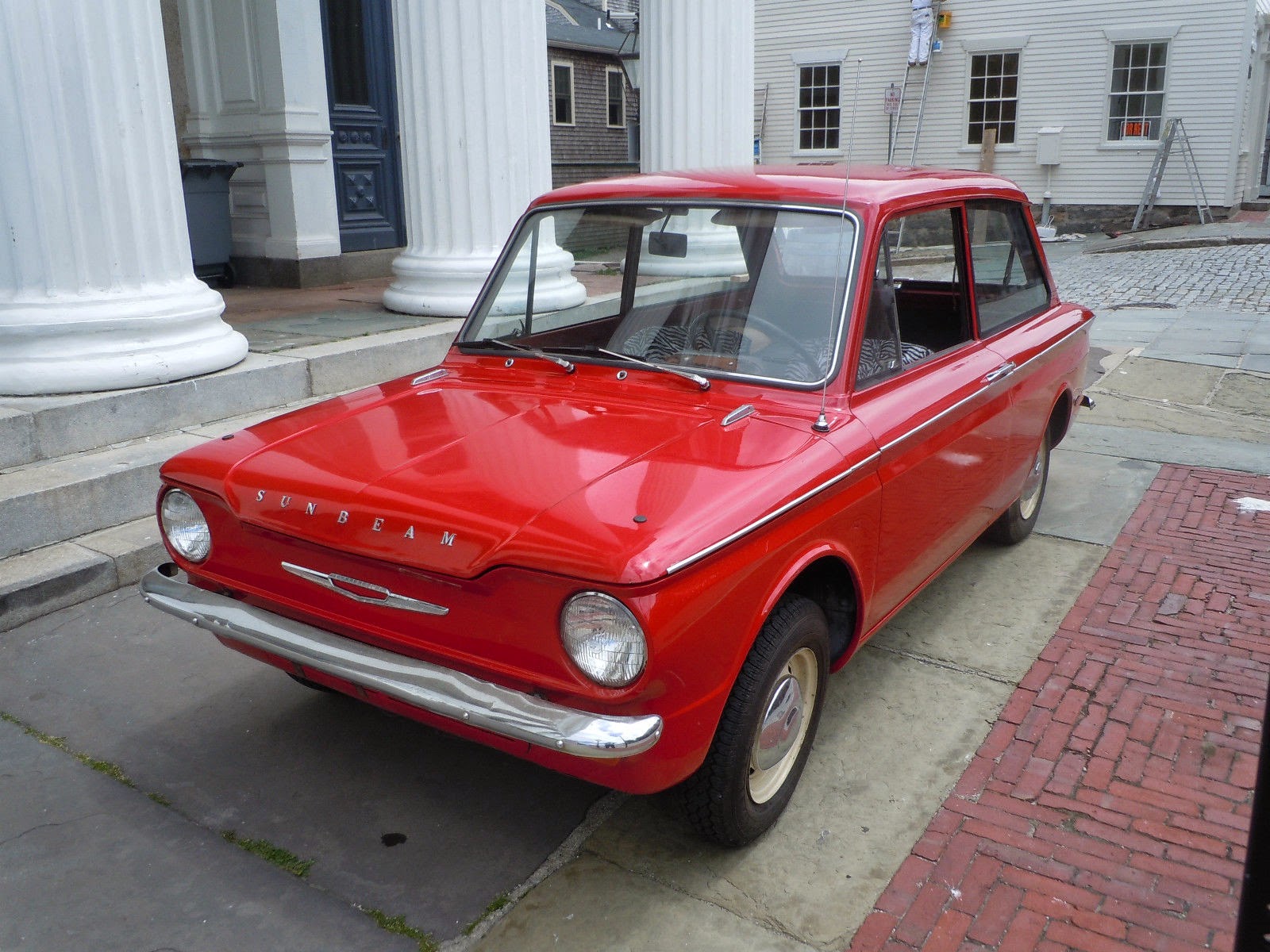 According to the Scottish Motor Museum Trust Motoring Heritage Centre:

The Suez crisis of 1956 demonstrated the vulnerability of Europe’s oil: petrol prices soared and manufacturers rushed to produce cheap small cars. Rootes at Linwood produced the Slug. This evolved into the Imp, which had a rear-wheel transaxle-gearbox coupled to a lightweight aluminium Coventry Climax fire-pump engine in the boot. Nearby, Pressed Steel, who were already making bodies for Rover and Volvo also produced the Imp’s bodywork. It took just over two years to build the factory and manufacture the first Imp, but this left insufficient time for testing, and although the press reports at the launch were very complimentary, these cars soon gained a reputation for unreliability. Singer and Sunbeam versions of the Imp were made, together with a Commer van.

Which makes this Sunbeam Imp a derivative of the Linwood Imp originally designed and made in Scotland….and it is covered in a color called Tartan Red. 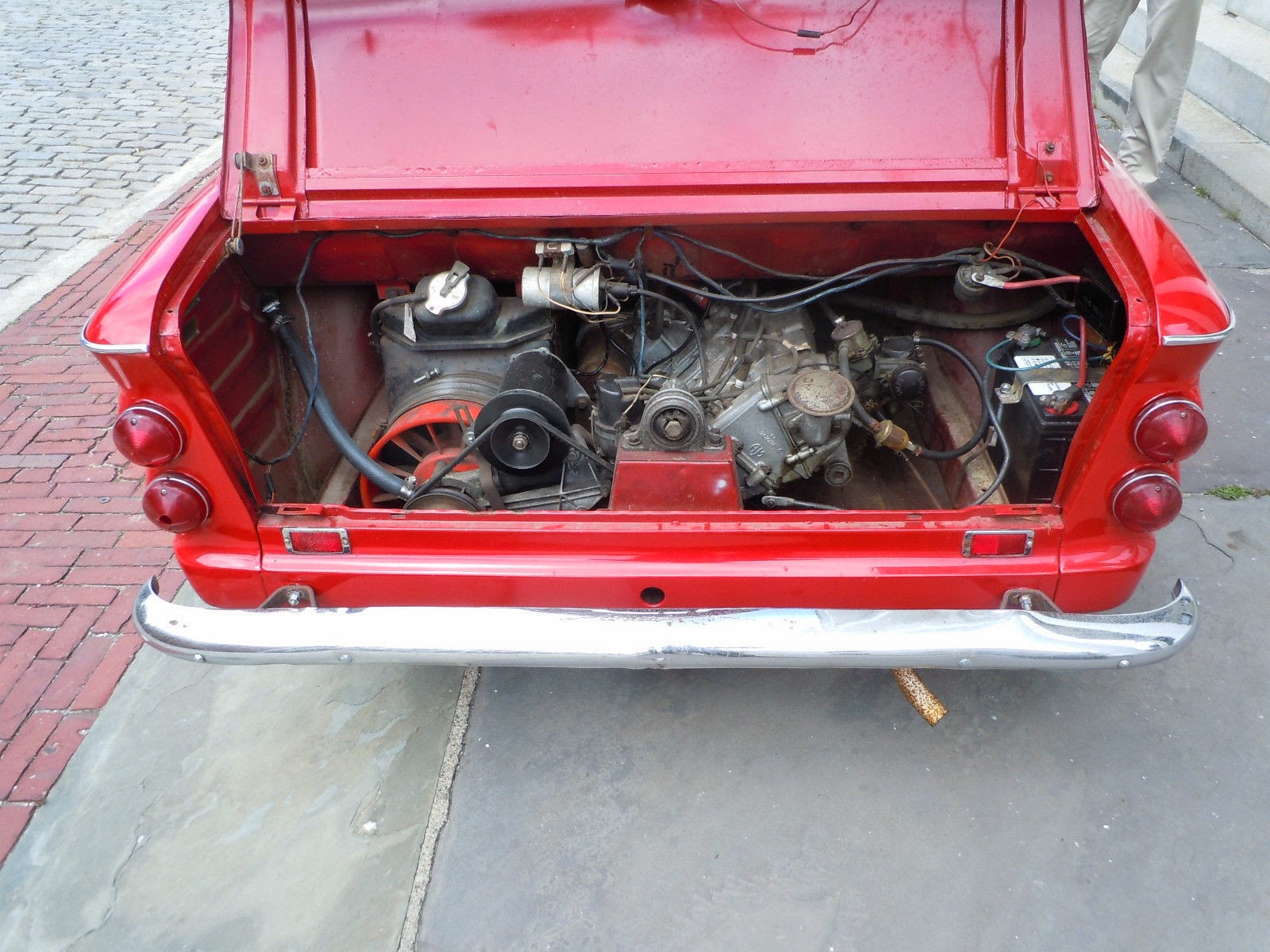 Power for the Imp comes from an all-alloy 875 cc inline-4 cylinder engine good for 49 horsepower and mated to the rear wheels via a 4-speed manual gearbox.  The entire vehicle only weights 1600 lbs soaking wet, so the 49 horsepower doesn’t really feel that puny, feels more like 75 hp. 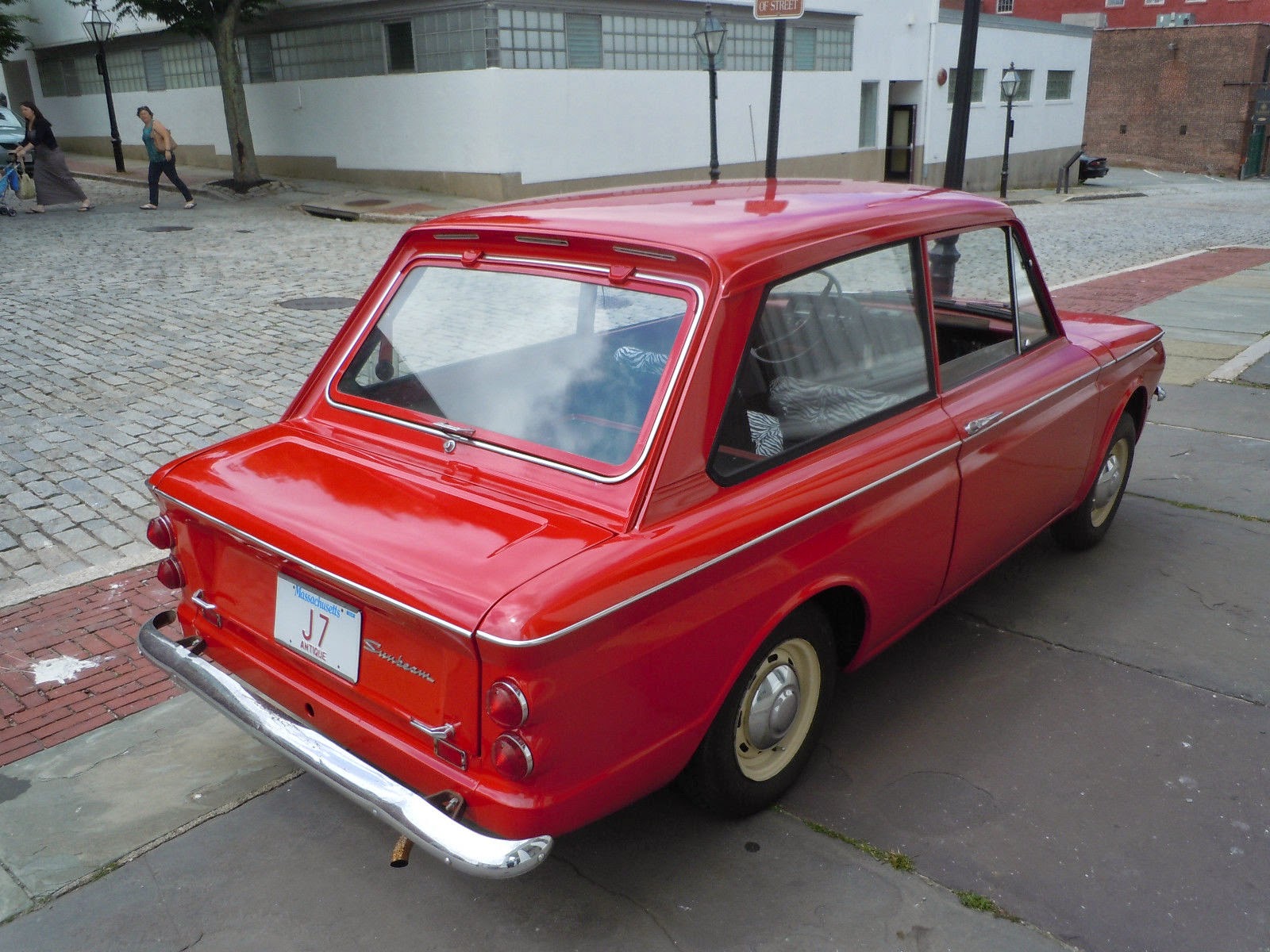