In 1955 Ford had a remarkably successful year with their mid-sized sedan, selling a whopping 472,000 of the Customline models.  For a point of reference, the population of the USA has doubled since 1955, but last year Ford only sold 271,000 examples of its Fusion sedan.  Find this 1955 Ford Customline Sedan 5.0 EFI V8 powered for sale in Prairie Grove, AR for $2,500 via craigslist.  Tip from Mikus. 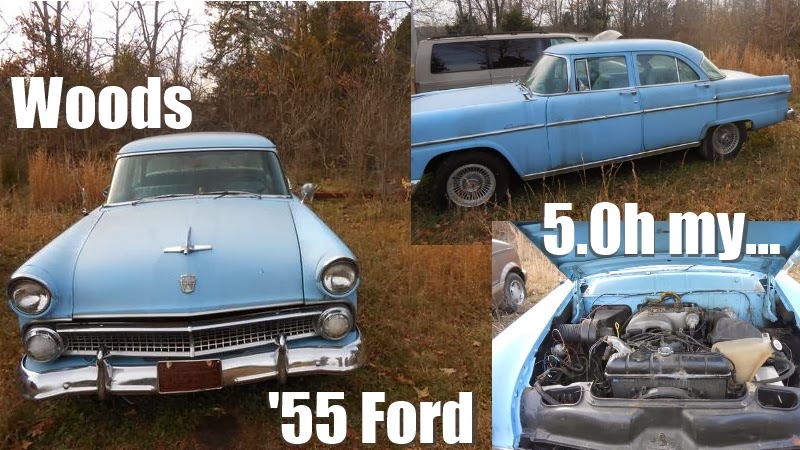 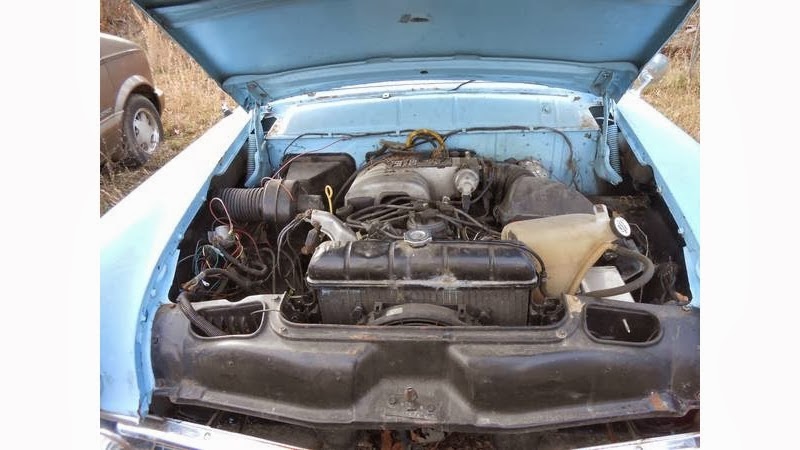 The original inline-6 (or optional V8) has been tossed aside for a modern (can a 25 year old engine be considered modern?) fuel injected V8 from a Mustang/T-bird/MkVII.  The foxy 5.0 should put out something above 200 horsepower SAE net – which will be a much appreciated upgrade over the 115 hp SAE gross (expect ~ 75 hp SAE net) rated original inline-6.  The transmission is described by the seller as a 4-speed with overdrive and is probably the 4AOD slushbox that came mated to all sorts of Ford product in the 80s/90s. 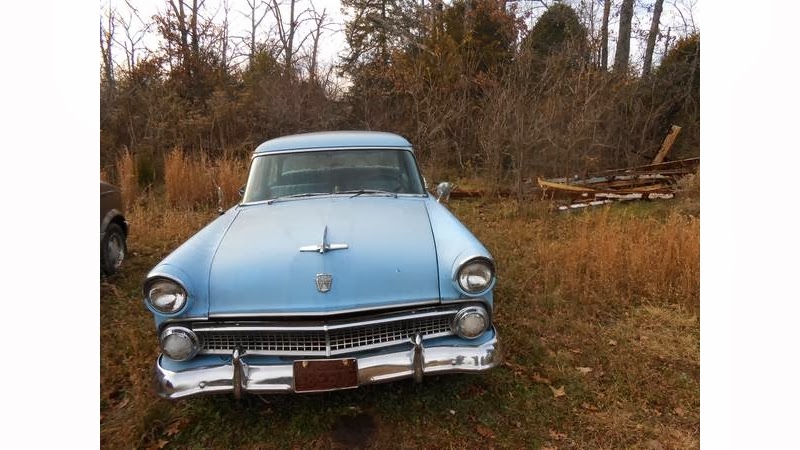 When you see a picture of a car with faded paint sitting in the woods you are correct to be suspicious of the condition…but the chrome and stainless tell a totally different story.  That chrome looks perfect in these pictures but it does look like some rust is peeking up from under the paint. 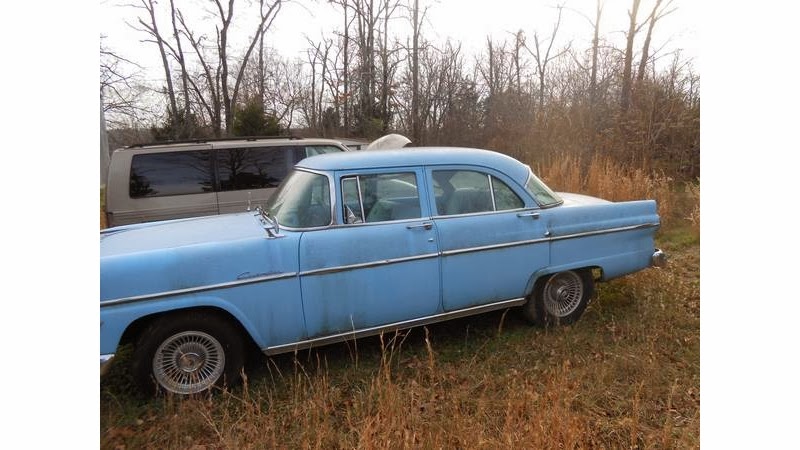