The band Green Day was morphed into a cohesive unit in the early 90s at a non-profit East Bay Punk music club in the City of Berkeley that is known as 924 Gilman St.  The band rocketed to fame when their breakthrough album Dookie (1994) was picked up by a major label. According to interview with front man Billie Joe Armstrong the band members were strung out on all sorts of drugs on a regular basis — not surprising –but it is surprising is to see a former DT seller submission car in a two page Rolling Stone spread. Find Billie Joe Armstrong’s automatic equipped 1972 BMW 2002Tii 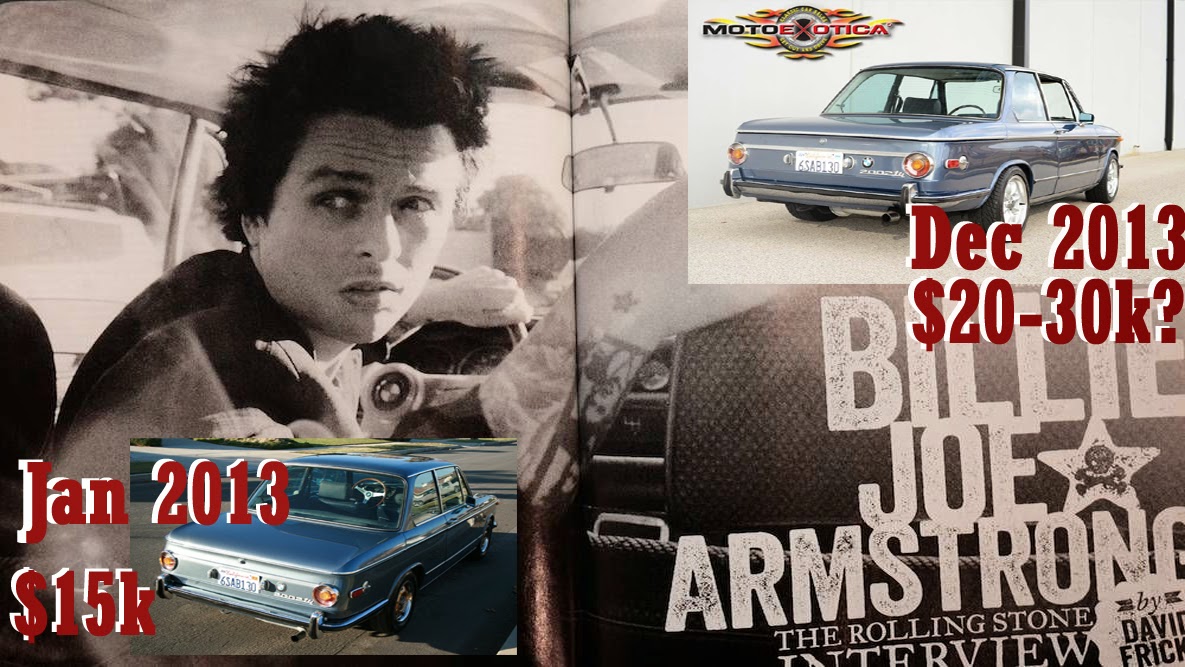 This car was featured in January of this year as a seller submission and the seller later sent us a followup message saying that the car had sold to Billie Joe Armstrong of Green Day.  Actually, it was picked up by one of his “people” but regardless we were pumped to see a DT feature heading to a genuine celebrity (doctordel’s 1800ES purchase notwithstanding).  Read the entire Rolling Stone article with a pick of Mr Armstrong rolling in his Tii and talking about being stoned here. 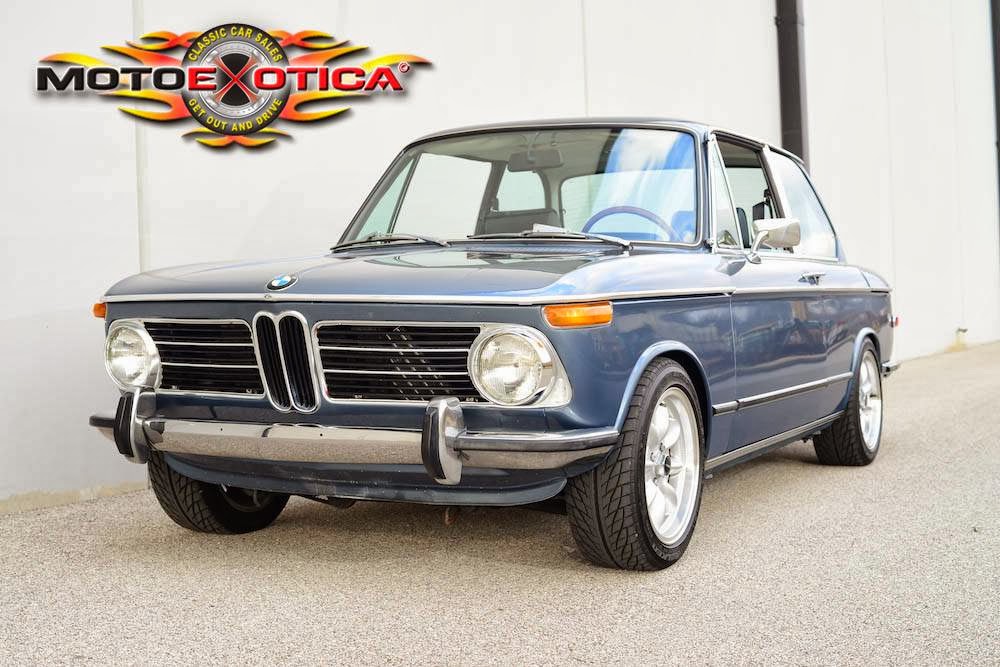 We have even heard internet chatter about folks seeing the giant black haired guitarist driving this car around near his home (or at least someone claimed to live near him..yaddy-yah). Anyway, we were looking forward to pics from the previous seller to do a story about it, but time marches on and we never got any pics/followup until this one appeared back for sale on ebay from one of our favorite mid west sellers MotoeXotica.  These guys have the most eclectic collection of awesome stuff sold with no nonsense auctions with no reserve, no shills and excellent photos. 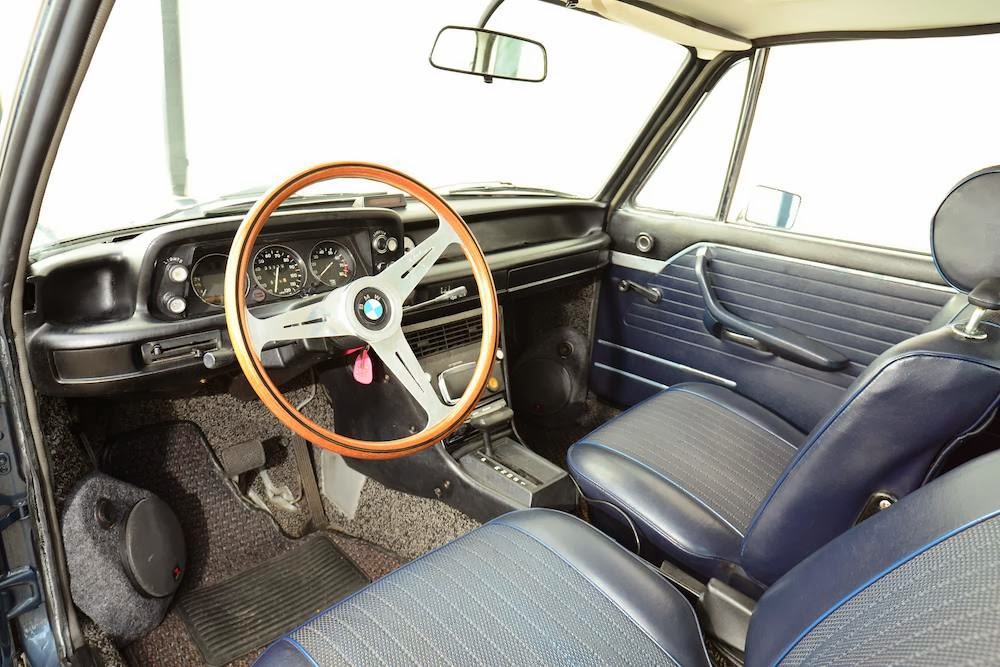 Sometime between when the car was sold earlier this year and today…a..gasp…automatic transmission has been retrofitted into this Tii.  The basic 2002 was available in with an auto, but the Tii (touring internationale injected) was always sold new with a 4-speed manual.  One can only assume that Mr Armstrong has tendonitis in his guitar strumming hand and it makes shifting difficult or he always needs the left foot to keep the beat while driving – because swapping a slushbox into a Tii is not an easy offense to excuse.  It could have also been a car purchased specifically for a one-time video or photoshoot – the auto being swapped in convenience during the filming? The BMW 2002 Tii is powered by a 2.0 liter inline-4 with fuel injection that puts out 130 horsepower and this one is equipped with an MSD ignition and an intake plenum from a 1973 Tii – but otherwise appears stock and clean.  BMW 2002Tii’s have been selling for insane money recently and we don’t expect this one to be any different. 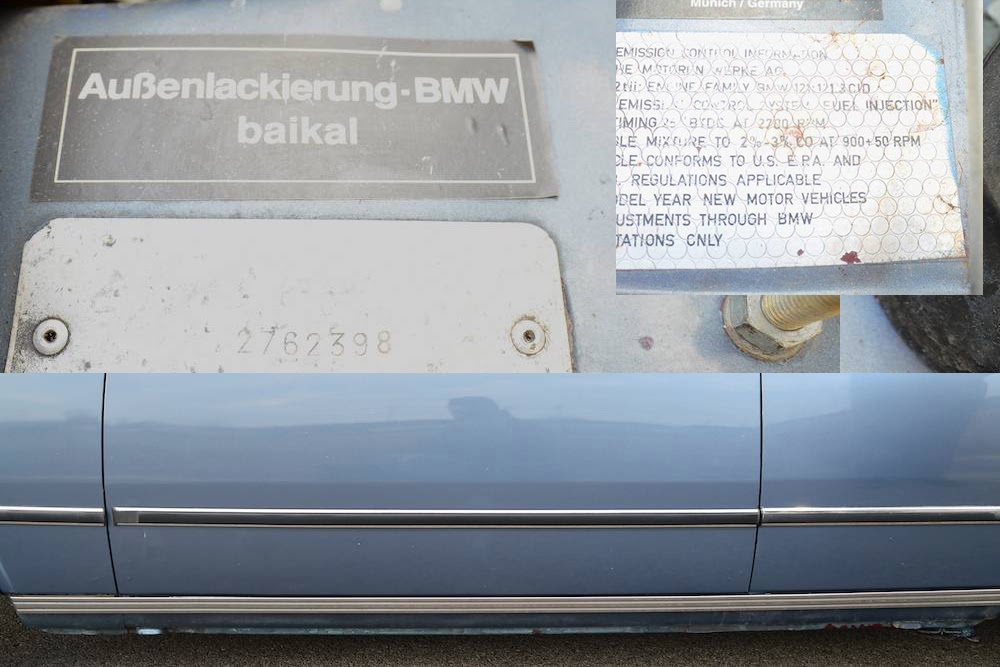 The paint looks decent in the photos and is clean with the exception of a few rock chips and trim piece installation dings – which brings us to the next issue.  This Tii was originally sold from the factory with a Malaga red paint – as witnessed by the peeling non-original baikal sticker, blue overspray on the smog sticker along with some of the original paint appearing where the sticker is disintegrating as well as the red paint appearing along the jack points.  There is undoubtedly a plate/sticker somewhere on the car that lists the OEM color, but our bet is you will see an 021 paint code. 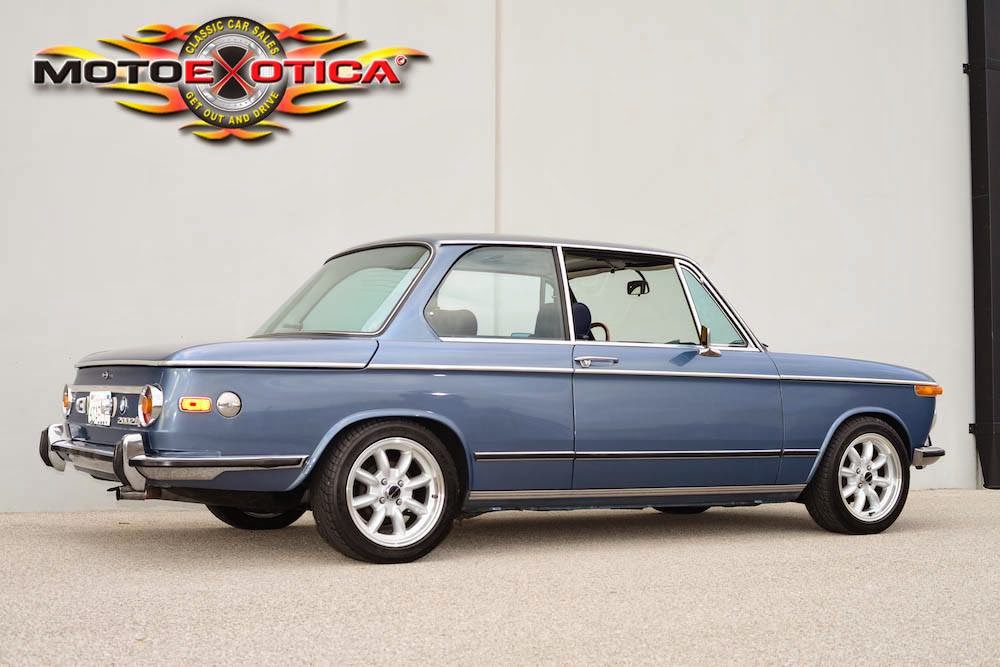 Final thoughts; This is a tricky one.  We’d love to gush nostalgic about a child of the 70s who made it big and wanted to own a car from his youth (probably something his parents drove him around in as a kid)…but…and this is a big but…why did Mr Armstrong get his “people” to find him a clean 2002Tii, swap in an auto, put some Miata sized Panasports with spacers and then sell the car within a year?  Sure the car is now worth more than before he owned it, but I don’t think a guy like BJA is in the business of flipping cars for profit, so the conclusion must be that he didn’t like it.  If a wealthy punk rock star didn’t like it when it was one of a dozen cars in his garage, why would you want it?