The Porsche 993 is the last generation of aircooled Porsche 911s and represents the high note for 911 production.  The next generation of 911 (the 996) was softer, quieter and generally sissified in every manner and super unreliable to boot!  Thirty years of constant development on the basic aircooled flat 6 and taming the tail happy chassis resulted in a fantastic car that today is priced considerably more than the next generation of 911.  This 1997 Porsche 911 6 spd is for sale in Studio City, CA for $26k asking via craigslist . 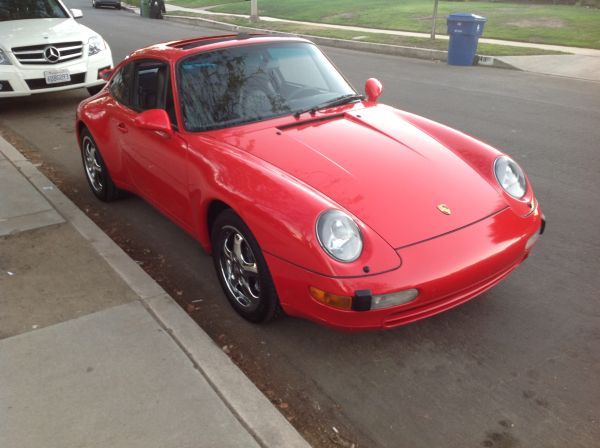 The Porsche 911 has always had an iconic shape and we at DT headquarters still count the 993 version among the best looking and most desireable. Sure, the latest GT3RS is a faster car by every measureable yardstick, but it just lacks some of the mechanical thrashyness and general driver-car relationship aspects that make the earlier cars awesome. 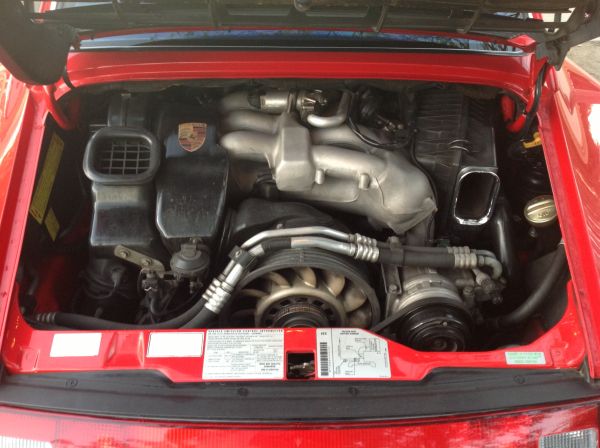 The 993 is powered by the 3.6 liter flat 6 aircooled engine putting out 282 horsepower and 250 ft-lbs of torque.  This engine has 175k miles on it, but unlike the later 996 engines that have all kinds of casting defects, this aircooled engine is both reliable and easy to rebuild if necessary.  Don’t confuse easy with cheap, as 911s parts are astronomically expensive but with any luck this one has been maintained properly and will last for many more miles. 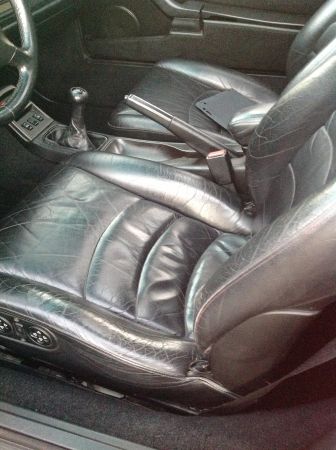 The inside of this 911 suffers from common leather cracking but the 911 wasn’t known for its luxury, it is more about driving experience and sliding backwards into a ditch.  The engine location in the 911 makes it particularly prone to snap over-steer on throttle lift and catches many a novice or experienced driver off-guard. 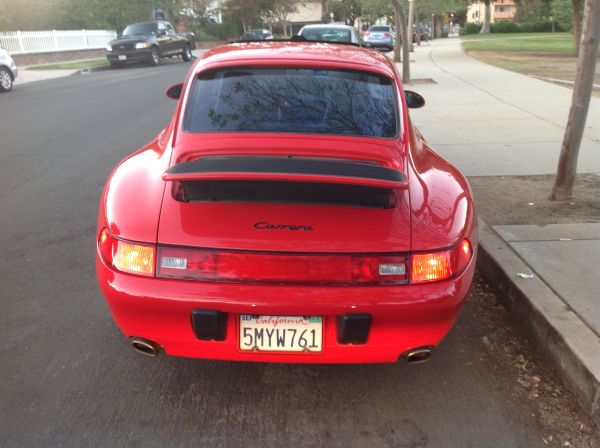 The 933 generation 911 is only a few years old and already appreciating, a strange phenomenom, in part due to the atrocious reliability and durability of the later H2O cooled Porsche engines.  $26k is about the lowest asking price for a 6spd 993 we’ve seen recently, so we expect this car to sell quickly, unless the seller isn’t disclosing a bunch of other issues that would be apparent on a test drive.  If we were in the market, this would at least be worth a test drive.

See another 993 for cheap?  email us here:  tips@dailyturismo.com