The Falcon was Ford’s small car offering from 1960-1070 and was available as a coupe, sedan and wagon.  We still maintain that the Falcon is great deal compared to most 1960s cars and we love wagons, so what could be better than a combination of both?  This 1960 Ford Falcon 2-door wagon is for sale in Joliet, IL for the bargain price of $5500 via craigslist. (Thanks to tip from DT regular Scot). 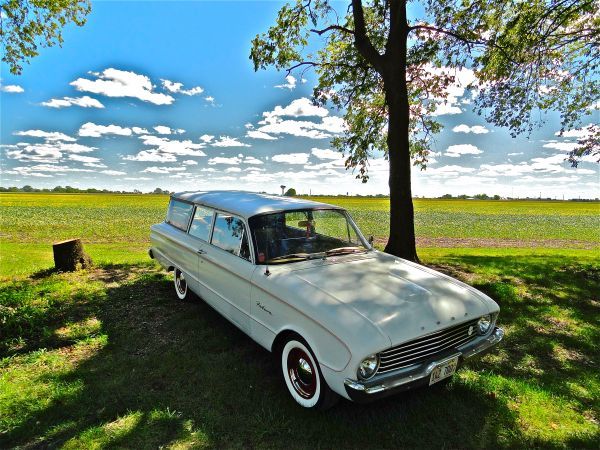 This 1960 Falcon 2door wagon is parked on a surreal landscape with some crazy clouds in the background. We love a good psychedelic HDR (high dynamic range) photograph as much as the next guy and this one isn’t particularly as crazy as others, but they do distract from the subject vehicle.  We have seen them used to make interior and under-hood components look clear and crisp for good, but mostly they are ugly and confusing. 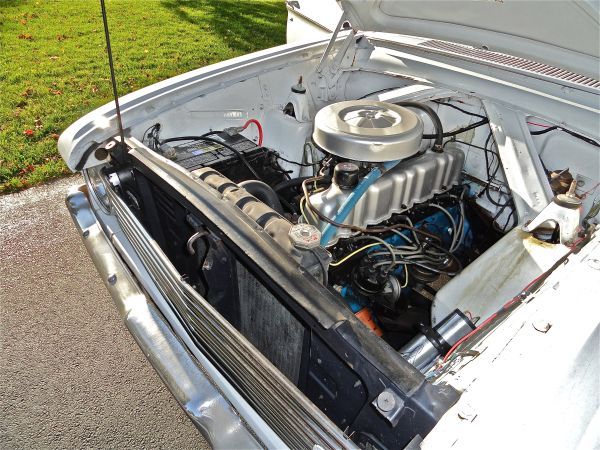 The Falcon is powered by a 200 cubic inch inline 6 transplanted from a 1966 Mustang.  The 3.3 liter Thirftpower inline 6 puts out 120 horsepower and won’t get you anywhere in a hurry, but it is a decently reliable engine. If “thriftpower” ain’t your thing, but real power is, it would be simple to swap a V8 into this cruiser. 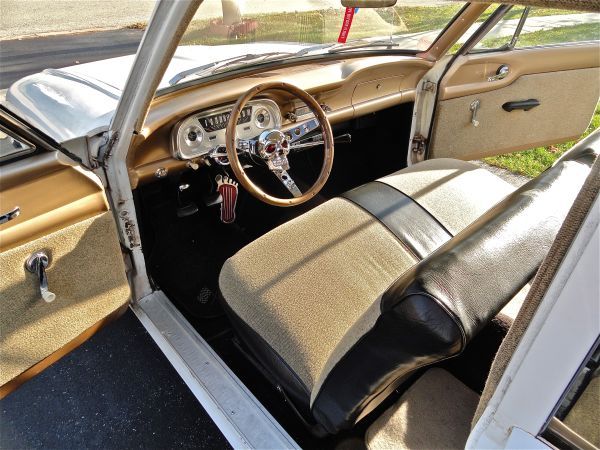 The interior of the Falcon looks in good shape for a $5500 car, and while we wouldn’t have a chrome skull horn button in our own car, it could be easily removed.  The rest looks clean and presentable and we actually like bench seats in a cruiser like this because you can seat 6 people with ease. 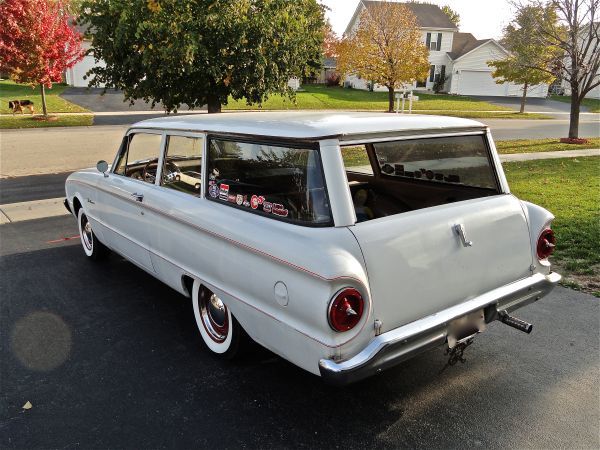 The Falcon is finished off with a set of white wall tires around steel rims with chrome center caps – it is a more ’50s style hot rod look, but it works on the white wagon with red pinstripes.  As best we can tell this is an awful lot of car for the price and would be worth a closer look if you aren’t too afraid of the owner, who is clearly a collector of skull stuff.

See another vintage ride for cheap?  email us here:  tips@dailyturismo.com