Welcome to another edition Daily Turismo’s Syncro de Mayo, our May 5th celebration of all Volkswagen’s four wheel drive system known as Syncro.  The Volkswagen Golf R32 was a V6 powered all-wheel-drive Golf that was first released in the Mk4 platform in 2004, but got a reboot in 2008 in the Mk5 platform.  Find this 2008 Volkswagen Golf R32 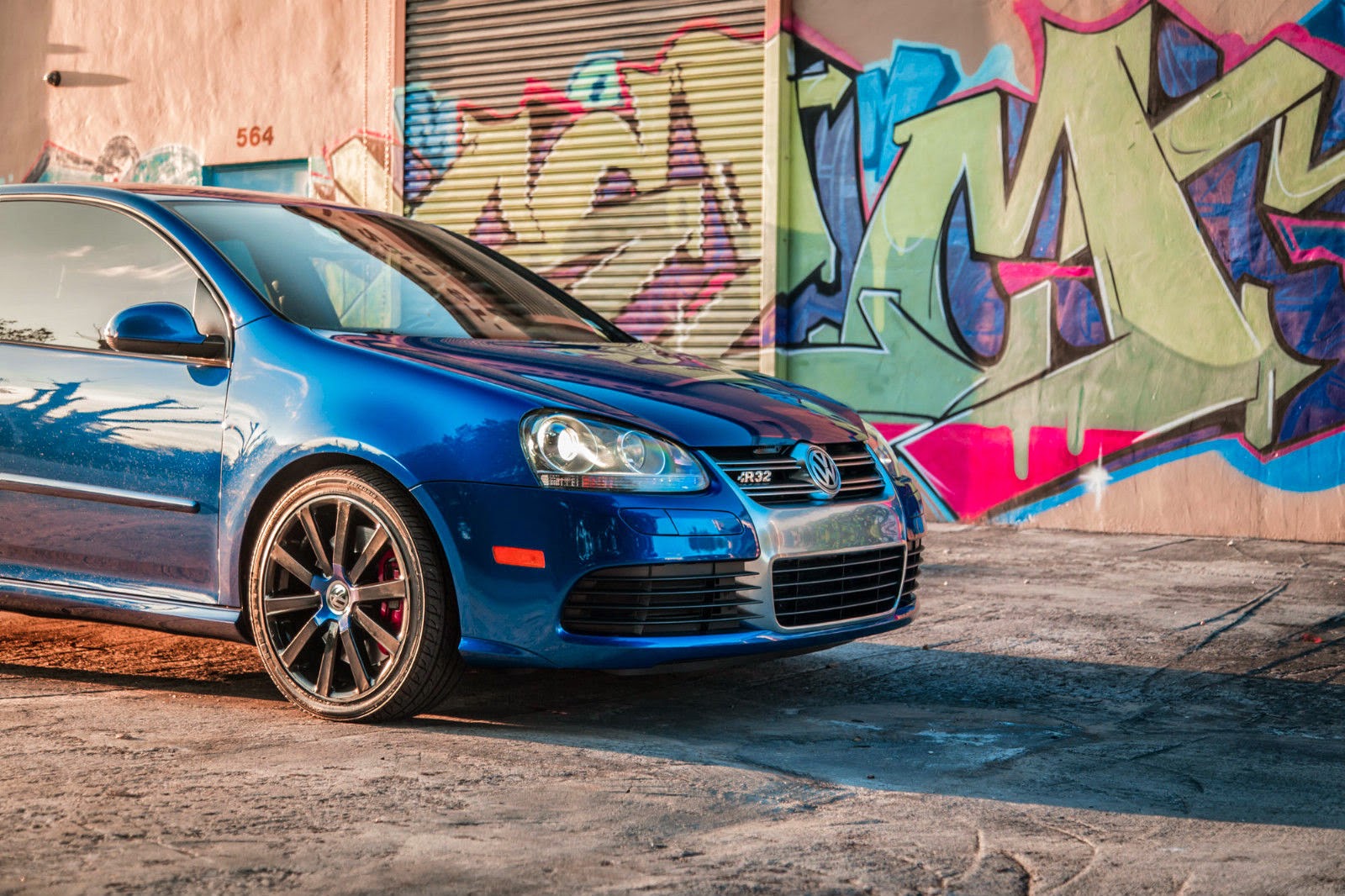 The Mk5 was yet another revamp to VW’s front drive econobox, and
got a little bit nicer, a bit heavier and generally more boring than
the previous incarnation. Thankfully, VW released an R32 version, only
sold in the US for the 2008 model year and featuring a 3.2 liter
specially tuned VR6 engine, a lightning quick shifting automatic gearbox
and all-wheel-drive. 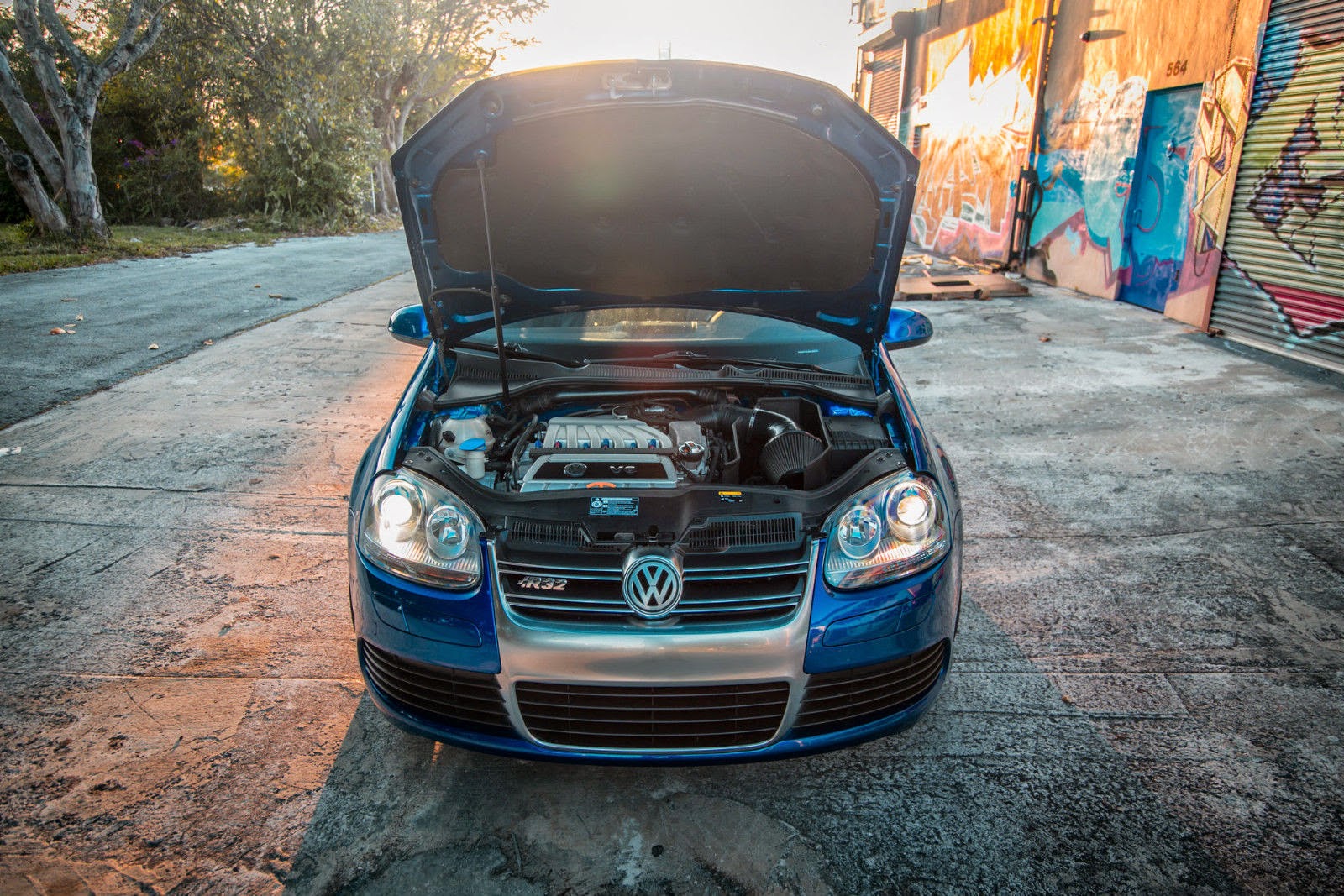 Under the hood of the R32 is a version of Volkswagen’s VR6 engine that puts out 250 horsepower and 236 ft-lbs of torque.  The only option for gearbox in the USA was a 6-speed dual-sequential-gearbox (DSG) equipped with paddle shifters. 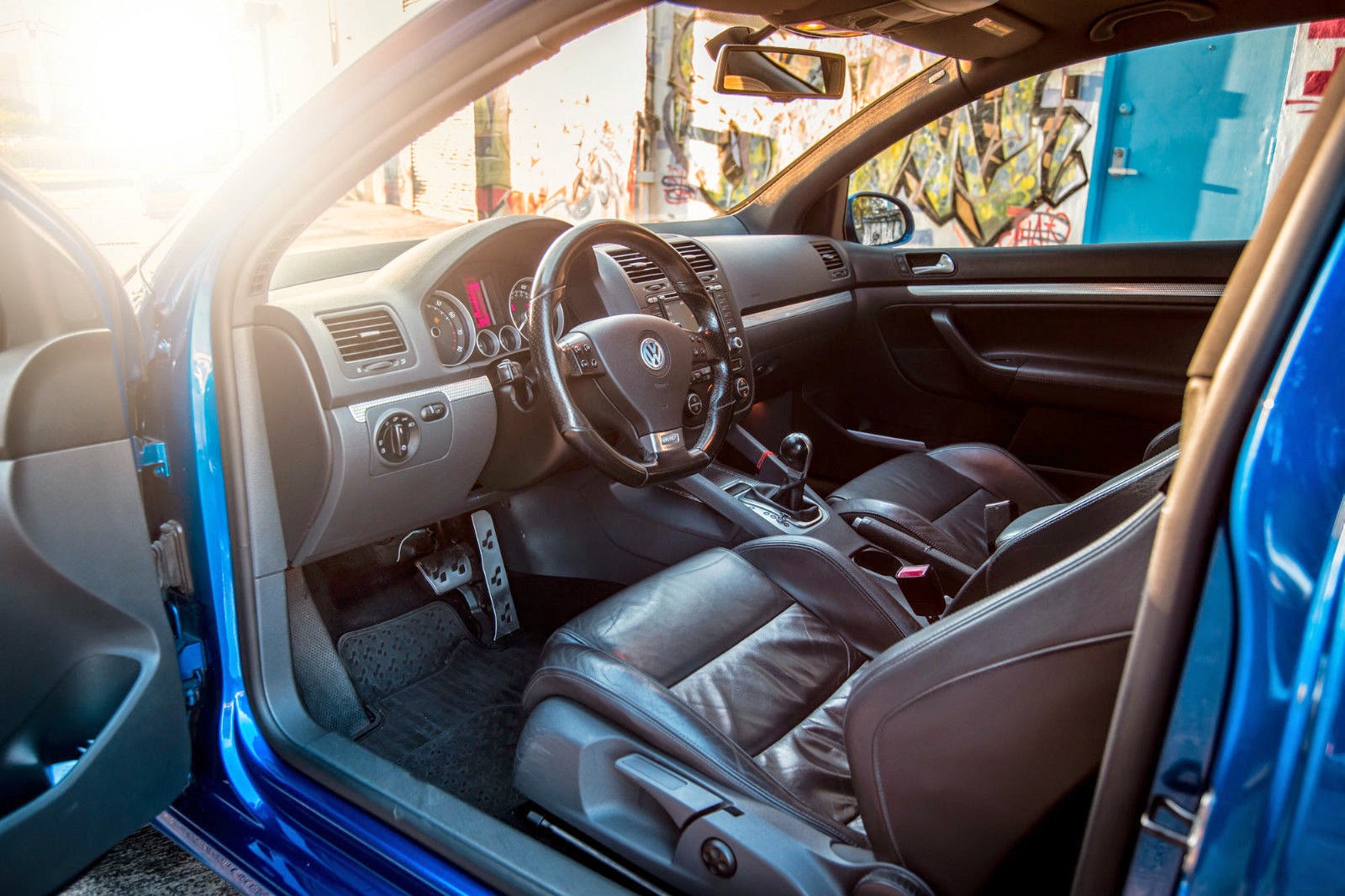 Graffiti and bright sun glare dominate the sellers pictures as if he took them in an alley behind the Mos Eisley Cantina.  The fancy pictures are great for desktop backgrounds, but a little too much sun flare for a descriptive sales pic. 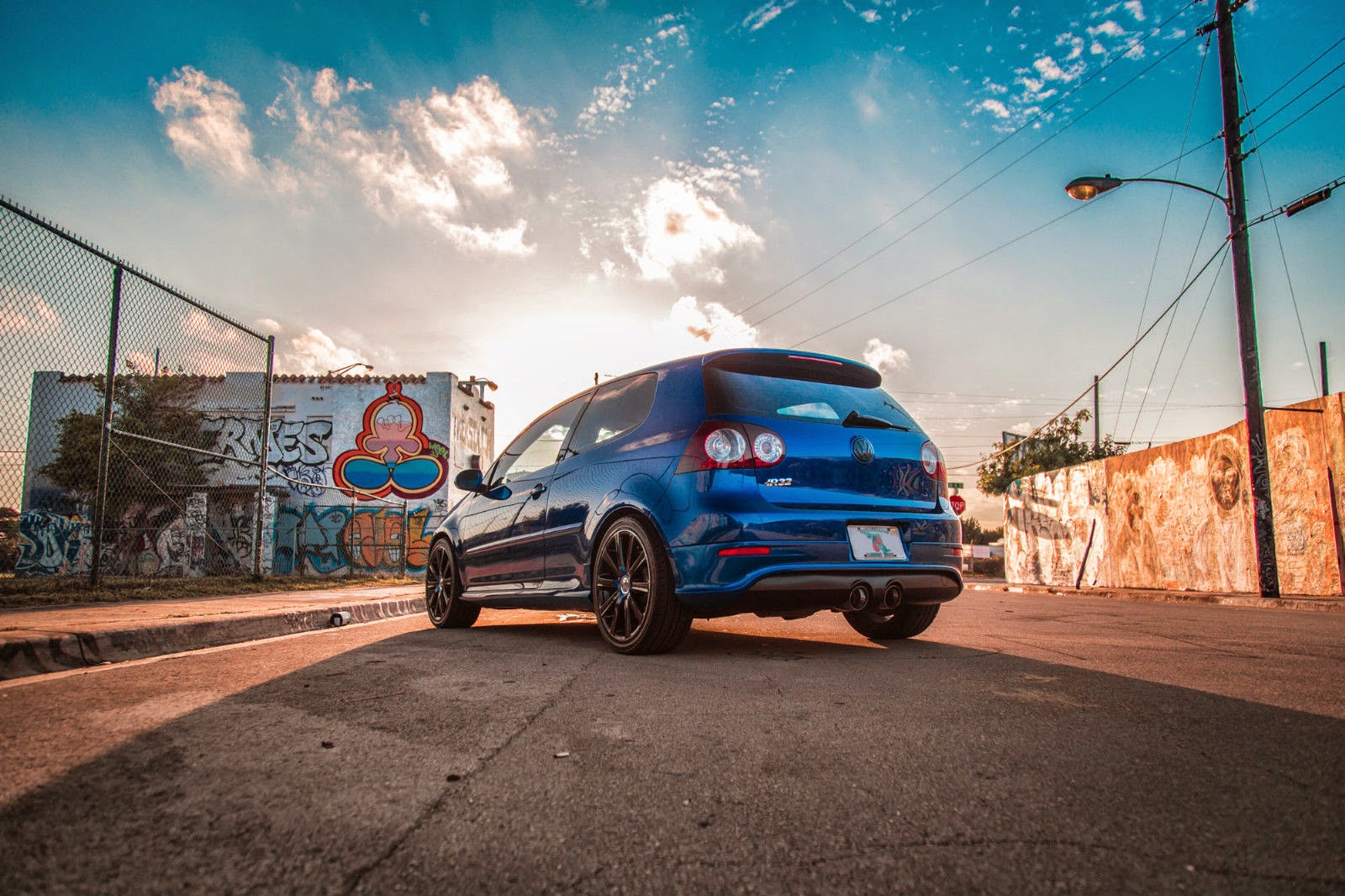