This next feature seems too good of a deal to be true – not when you consider how hot the market for the E30 M3 has been in the past year.  It is either the case of someone who is simply behind the times in how much people want and are willing to pay for these things or it is a scammer…if it is the former, by the time you read this, the car will probably have been sold.  Find this 1988 BMW M3 E30 offered for $20,000 in Pawtucket, RI via autotraderclassics.com  Tip from Dave K.  Update: This is a scam, see comment from Motoringconbrio below and link to this 2013 Ebay auction with these pictures. 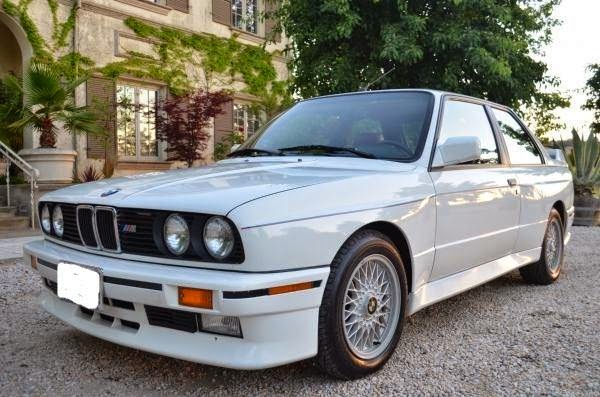 A few years ago this would have been a fair price for an E30 with 75k miles on the odometer somewhere in the good to excellent condition range. Today, it looks half priced?  The use of autotraderclassics to sell it is also strange, but autotrader (and its sister site autotraderclassics) continues to be one of the most popular car sales sites by pageviews, even if its interface is clunky and listing prices obscene.  It was one thing when a printed magazine needed typesetting, printing and distribution to charge a few bucks for a small classified, but with a zero interaction needed robotic interface they want $199 for the service?  Say what? I wouldn’t pay more than $199 for most of the cars offered on autotrader.  Then the light bulb turns on.…I guess someone who thinks that is a good deal might offer his car for half the going rate…maybe this is for real? 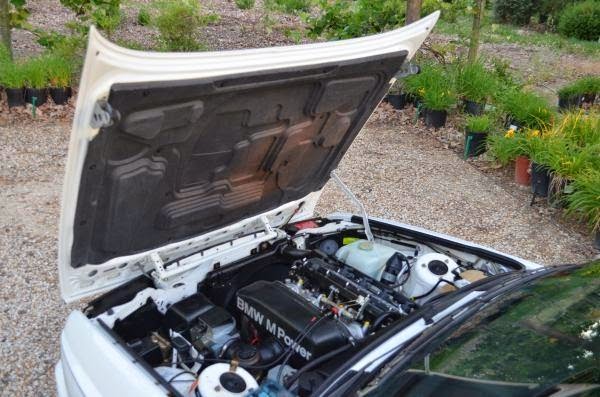 Under the hood is the 2.3 liter inline-4 a DOHC inline 4, the S14B23 that puts out 192 horsepower and 200 ft-lbs
of torque.  The engine is considerably down on power and refinement
compared to later M3 motors – but for some reason, models equipped with
this 7000 rpm screamer are worth gold these days. 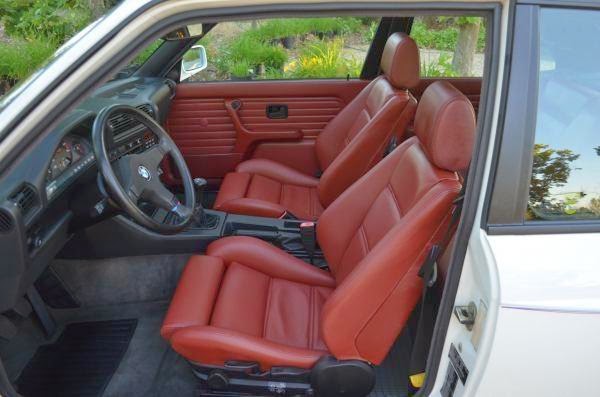 The inside of this one also looks really well preserved and the red/black color scheme looks like a winner for the extrovert.  You are driving a white car with giant box fender flares with big M logos on it…so…why not go whole hog and get the red leather? 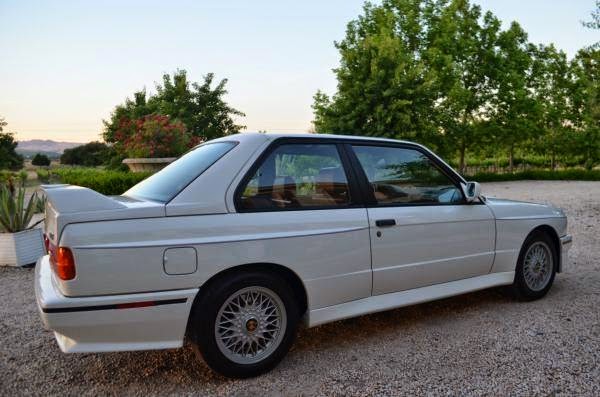