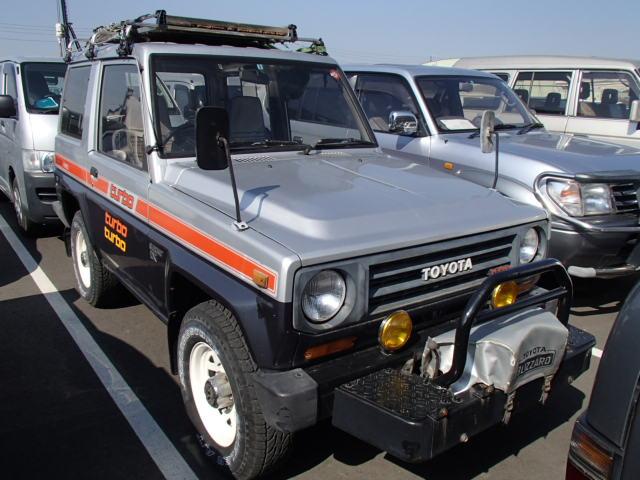 The Toyota Blizzard was a small off-roader built for Toyota by Daihatsu and powered by turbocharged diesel engines.  This undisclosed model year Blizzard is for sale on the MiniTruckDealer.com website and looks awesome with the “turbo turbo turbo” graphics on the side. It is an LD20 model, so it was built some time between 1984 and 1990 and bears a striking resemblance to its 70-series Land Cruiser big brother. With 2L-T turbodiesel power it should be thrifty and fun to drive, in a Suzuki Samurai sized package. It’s already outfitted with a bull bar, winch and roof rack for mini expedition duty. Current asking price is $8,999 and the truck is located in Los Angeles, CA.